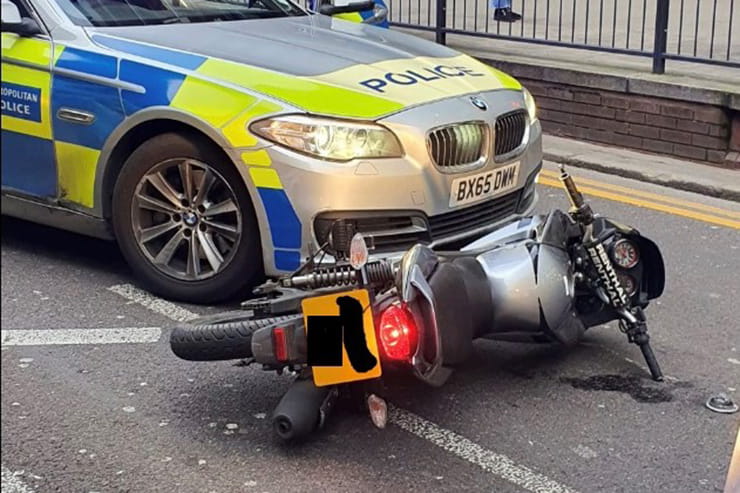 A Honda CBF125 that failed to stop for marked police motorcycles was confirmed as stolen from Hertfordshire in December 2019, despite carrying a false number plate.

The Metropolitan Police reports that the contact was successful, and that the single rider ran into the Wood Green Shopping Centre, where a foot chase commenced.

Officers pursued and detained the rider in the second floor car park, where he was then arrested.

The man, aged in his 20s, was arrested on suspicion of theft of a motorcycle, dangerous driving/riding, failing to stop and possession with intent to supply Class B drugs. He was further arrested for driving while disqualified.

He has been taken to hospital as a precaution and remains in the custody of officers. 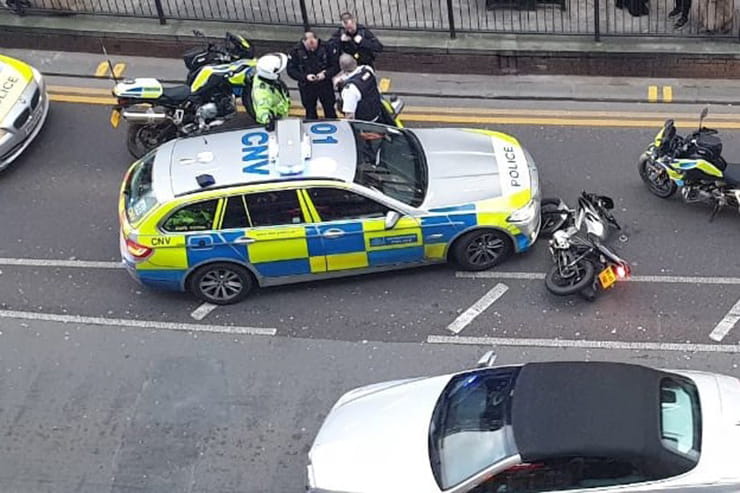 Can police knock you off your motorcycle

While officers are not exempt from the law, tactical pursuit and containment is a proven technique to safely end potentially dangerous ‘chases’.

Bennetts reported in September 2019 that the Independent Office for Police Conduct (IOPC) had updated guidance acknowledging tactical contact as a legitimate use of force for appropriately trained police drivers where authorised. This was key to giving police on the ground the confidence to carry out their jobs without fear of prosecution, and aimed to ‘better support police officers in carrying out their assessment of the situation and risks posed’. The guidance covered issues like the use of alternative tactics, weighing up the severity of the suspected offence and the likelihood of causing injury to the riders, others and themselves.

The use of these tactics has to be authorised, and you can read more about the policy from an ex-police Pursuit Commander by clicking here.