What is motorcycle police pursuit policy? Do you know better? 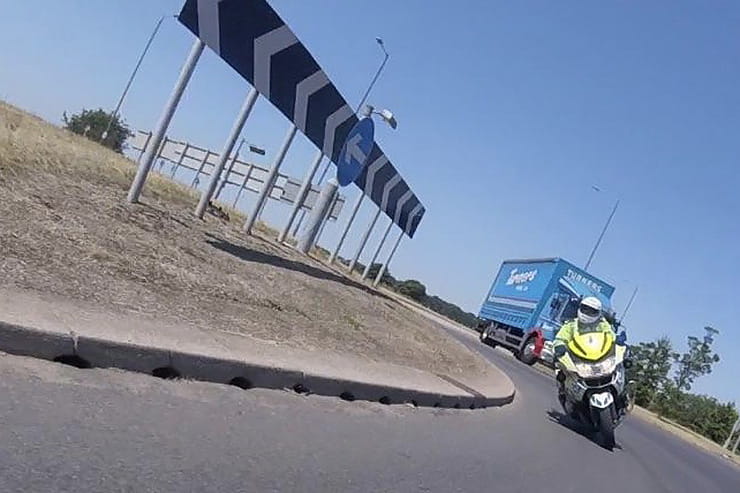 TacAd. Tactical Advisor; someone who knows how to – as safely as possible – stop a pursuit or prevent it happening in the first place. Ex-police sergeant Dave Yorke was a TacAd and Pursuit Commander with Meryseyside police as part of his role in leading the motorcycle team. He’s been involved in setting the policy on police pursuits, and has been instrumental in taking down some of this country’s most violent criminals. Here he exclusively explains police pursuit policy and what those pursuits can mean to the police, the criminals and the public…

What does it take to carry out a motorbike pursuit?

When West Midlands Police released footage of an off-road bike being chased by a police motorcyclist and helicopter, social media loved it. The bad guy was taken down by an incredibly skilled rider. It was great to see, but a large part of the appreciation I felt came from one line I heard on the radio commentary; “Can we have a TacAd on the air please.”

There’s been a lot of media coverage of the risks posed to officers’ careers when undertaking a pursuit, not least due to the potential of harm to the public. Which is where a Tactical Advisor comes in; by monitoring all the information coming in from the officers on the ground, in the air, and from streams of other data, decisions can be made that will be far more likely to result in the safe apprehension of a criminal. Decisions that will also need to stand up in court.

In an ideal world, the best tactical advice comes before a pursuit has ever happened; when officers know the whereabouts of a stolen bike – for instance – the advice they can give is to go and recover it immediately. The advice prevents a pursuit.

But that’s an ideal world, and when an officer is calling on the radio for a tactical advisor – usually with sirens wailing in the background – it probably means that the pursuit has already started.

Could you make the right decisions in the heat of the moment?

What if you were the TacAd?

You’ve got to start making decisions.

The decisions that everyone involved make right now might have long-term ramifications to their job, their mental health and their home life. But there isn’t a definitive answer.

Decisions made in a split second might be scrutinised over weeks. Without being over-dramatic, even people simply going about their normal lives could become involved and suffer serious consequences.

Think about this fictional situation: A stolen bike goes past one of your traffic car patrols. The bike fails to stop when the officer asks it to.

Everyone involved is going to need as much information as possible;

Initially that will be coming from the pursuing driver or rider. You’re fortunate in that this officer is trained to carry out Tactical Pursuit and Containment (TPAC), but that might not always be the case; not every officer is fully tactically trained – there are different levels out there.

At this moment, we are in the ‘initial phase’ of the pursuit.

So what do you need next?

You need a plan

Without a plan, we aren’t pursuing; it always dismays me when I see pursuits with a long line of police cars just following a motorbike or car around at high speed.

As soon as we get a plan and start to put it into action, we enter the ‘tactical phase’.

The police use something called the National Decision Making Model, and there will be a pursuit policy on top of that; it helps you make informed decisions.

The pursuit has started; it’s been authorised and the traffic cop is a trained Pursuit Commander giving clear feedback to a trained Tactical Commander sitting in a radio room. They’ll be overseen by a Strategic Commander.

The pursuit commander is telling everyone that the speed of the bike is about 50mph in a 30mph zone.

There aren’t many pedestrians around, traffic is light and the road conditions are good.

On top of that the officer mentions that the rider slowed when they got to the last red light and checked to see if it was clear before they accelerated through.

The cop got a good look at the rider as they went past them initially, but they had a balaclava on so weren’t recognised.

What’s your gut feeling? Should you… 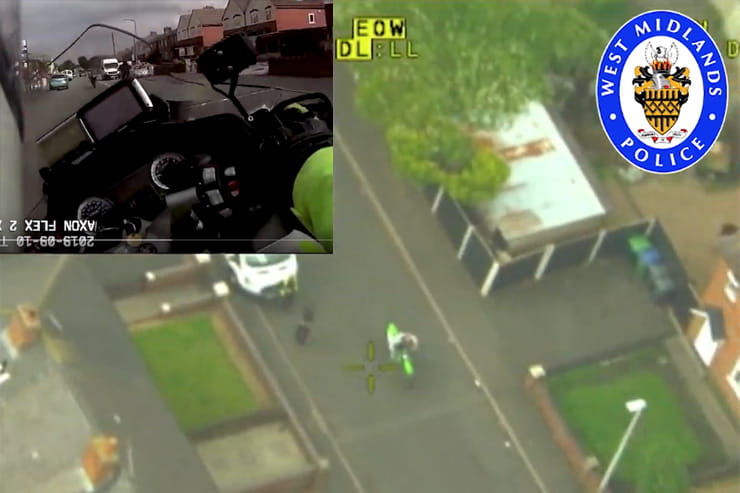 As the information floods in, could you make a choice that you might have to stand behind in court?

Hopefully we agree, and we’re going for the stinger approach. We’ve got a plan.

We are in the tactical phase but while we’re making decisions the rider has upped the ante, speeding up to 85mph in a 30mph zone, passing cars on the wrong side of the road. But when they get to another set of red lights they again slow to make sure it’s clear.

The helicopter is on its way to you, but it’s about 10 minutes out, so who else is going to help?

You’re going to want a dog patrol nearby; once they’re off this bike it’s going to come down to who’s fastest on their feet. My money is on the dog, every time.

You’re also going to want live CCTV if it’s available. It might allow the driver to pull back while we keep an overall eye on things.

One decision has been made: Keep the pursuit going. It appears relatively safe, but remember that every decision will have to be justified later.

Is your plan the right one?

All of your stinger patrols are now in the area; they’ve all said they’ve got hard cover from which to deploy the spiked beds that will slow the bike to a safe stop and the rider appears to be concentrating on one area now.

Why do you think that is? Is there any intelligence on our systems that might help us? There might be, and someone will have to check as best they can.

The motorcycle has now been down the same road three times; CCTV shows it slowing when the police aren’t directly behind it. The helicopter is five minutes away and it’s almost school finishing time.

Is it time to rethink your plan?

We’ve got a police car right behind this bike now, so let’s make a decision based on two different possible outcomes… which one do you want?

Which would you choose? It’s a dilemma, and only one that you can answer.

In the first scenario, because the rider suffered a broken wrist the incident would have been sent to the Independent Office for Police Conduct and might be investigated. Police drivers and riders still don’t have specific protection in the eyes of the law – they have to justify everything they do, whether somebody gets injured or not.

In the second scenario we didn’t arrest anyone, but what if a couple of minutes later the bike had hit and seriously injured – or worse – one of those school children? Someone will ask why the police didn’t knock the rider off when they had the chance.

Being a Tactical Advisor is a difficult job with serious consequences. The Government paper looking at the issue says that there were approximately 10,000 police pursuits during 2016/2017. And of the pursuits in 2018/2019, 30 people lost their lives.

10 of those people weren’t involved in the pursuit; they were innocent motorists or pedestrians.

Stop the pursuit before it starts

Pursuits can never be the only solution, and more community-focused work by the police is essential to stop crime and deter anti-social behaviour before it happens.

Motorcycle crime is important to you and I because that’s our passion. It’s our community.

The Government has set out to address the law in order to protect police drivers acting within their organisation’s protocols, and police forces are implementing stringent rules and training for their drivers, riders and staff around the management of pursuits.

But the other members of our biking community need to act as well; the motorcycle industry is already embracing technology like tracking systems, and by taking a look at the security around your motorcycle you can help as well.

A former colleague of mine had the mantra that once a pursuit is on the road, it’s already too late. They were probably right.