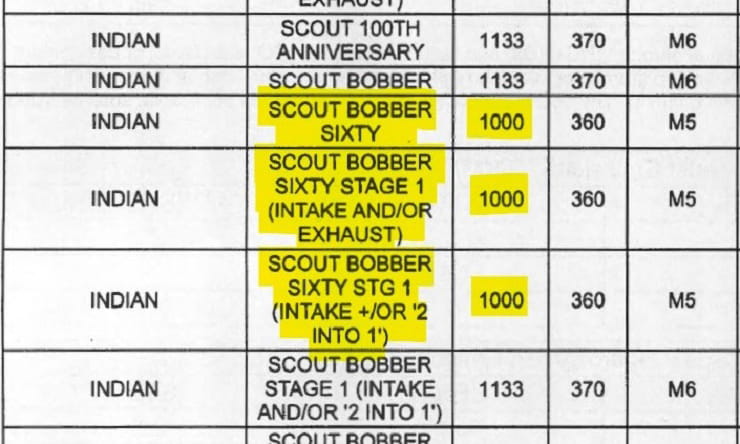 Indian is preparing to launch a cheaper, lower-powered version of its Scout Bobber using the 1000cc V-twin from the Scout Sixty.

The bike’s existence has emerged via an emissions certificate from the California Air Resources Board (CARB), which lists three versions of the upcoming ‘Scout Bobber Sixty’ alongside other Scout variants.

While the current Scout Bobber uses the 1133cc V-twin from the Scout, the ‘Sixty’ version has a smaller 1000cc unit. That’s 61 cubic inches, which Indian rounds down to 60 to give the bike its name. In performance terms, the Scout Sixty manages 78hp compared to 100hp for the full-fat 1133cc version, and the Scout Bobber Sixty is likely to be in exactly the same state of tune. Peak torque drops from 72lbft to 65lbft.

The CARB emission document clearly shows that there will be optional extras available to bump the performance up – listing a ‘Stage 1’ intake and exhaust, as well as a 2-into-1 exhaust that are emissions-legal in California. 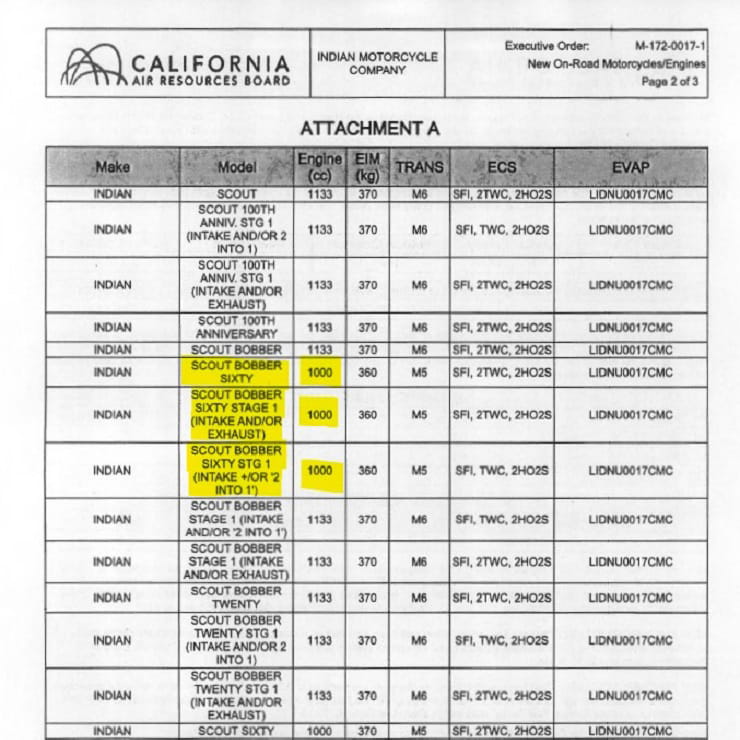