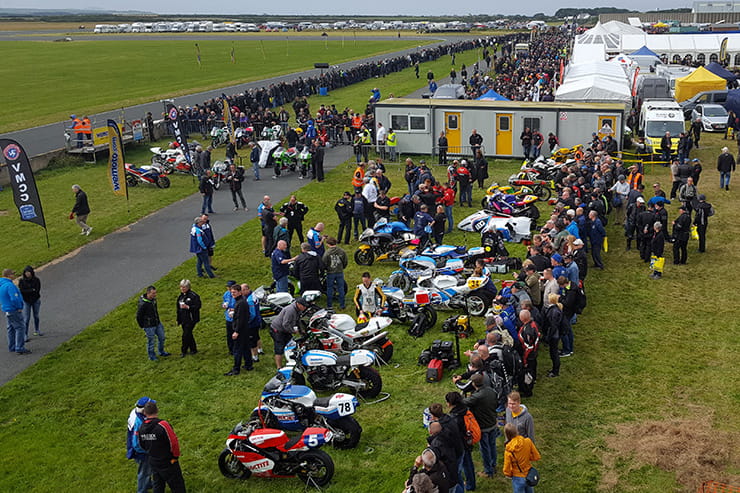 The Festival of Jurby 2020 was cancelled in Autumn last year, and it’s been confirmed by the organisers – the Vintage Motorcycle Club (VMCC) – that it won’t be returning. But Wemoto – the UK’s biggest bike parts supplier – has promised that it will continue to raise money for the Manx Grand Prix Supports Club (MGPSC), which helps fund the life-saving helicopter air ambulance, as well as support inured riders and their families.

The Festival of Jurby has been a popular draw to fans of the Manx GP on the Isle of Man since it was first held in 2009, and last year saw John McGuinness and Giacamo Agostini in attendance. Organised by a small team, the pressure was on the VMCC to deliver the event to an ever-growing audience, but a combination of committee members standing down and tighter regulations has resulted in the festival coming to an end.

The VMCC also cited uncertainty over medical insurance for any non-Manx riders, given potential changes to EU medical cards. However, the VMCC and Department for Enterprise say they’re committed to organising other events around the year, including the Manx Rally. 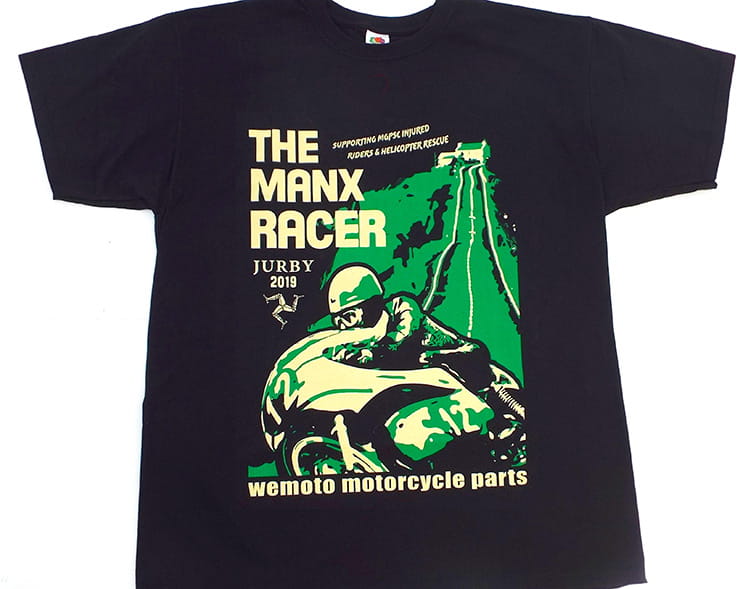 Wemoto raised over £14,000 in 2019 to support the Manx air ambulance, injured riders and their families

Wemoto’s Daisy Cordell told Bennetts BikeSocial that “As [the festival’s] ongoing sponsor, it has been a pleasure to have been part of an event which has brought a sense of joy and connection to classic motorcycle fans worldwide. With the fantastic feedback received from festival-goers, we can say Jurby will be missed by all.”

For the past five years, Wemoto has famously designed and sold commemorative Festival of Jurby T-shirts, with all profits going to the MGPSC. Last year the company, which is based in Brighton and has been supplying motorcycle parts since 1978 raised £14,327, making for a total of £80,000.

“We are grateful to everyone who has bought a t-shirt over the years and to those in the industry who’ve helped support the cause,” said Daisy. “Wemoto will continue to raise money for the Manx Grand Prix Supporters Club through the sale of its T-shirts.”

2020’s charity T-shirt will be revealed soon, and available to buy online at www.wemoto.com