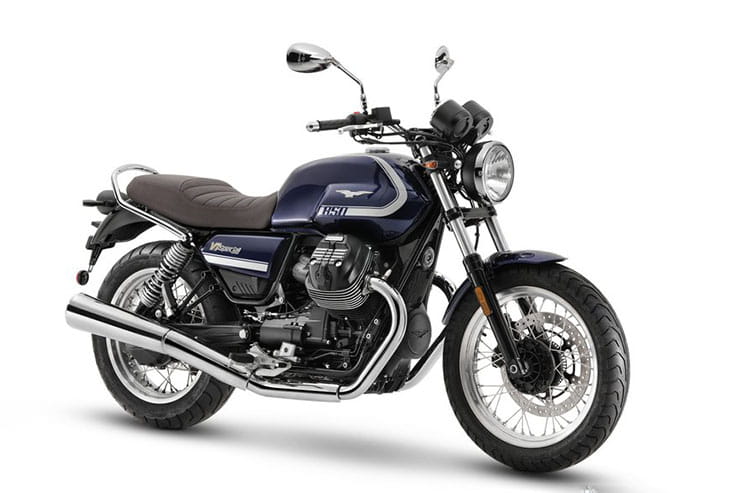 Moto Guzzi’s retro-styled V7 range gets a more powerful 853cc in 2021 – giving a whopping 25% power increase at a stroke.

The old 744cc air-cooled twin was good for 52hp, making the V7’s performance as much of a throwback as its styling, but the new 853cc engine increases that number to 65hp in 2021. It’s still an air-cooled, two-valve twin but now based on the engine from the V85 TT, albeit detuned from the V85’s 80hp. As you’d expect, the extra cubes also provide a boost in torque, which rises from 44lbft to 54lbft, arriving at 5000rpm. 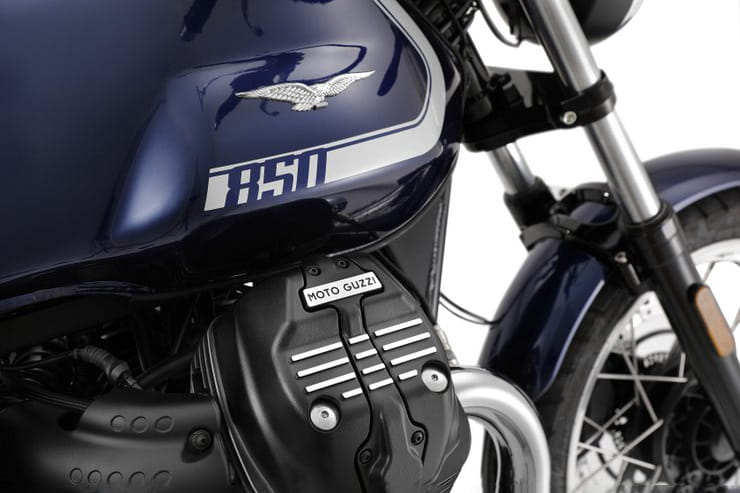 The substantial power increase means that Guzzi’s also had to tweak the chassis and transmission. There’s a chunkier shaft drive taking power to a rear wheel that’s grown from the old model’s skinny 130/80-17 to a 150/70-17, and two new Kayaba shocks provide improved rear suspension.

The steel frame’s headstock area is strengthened with new steel sections, while visual tweaks include a new seat, revised side panels and a shorter rear mudguard. 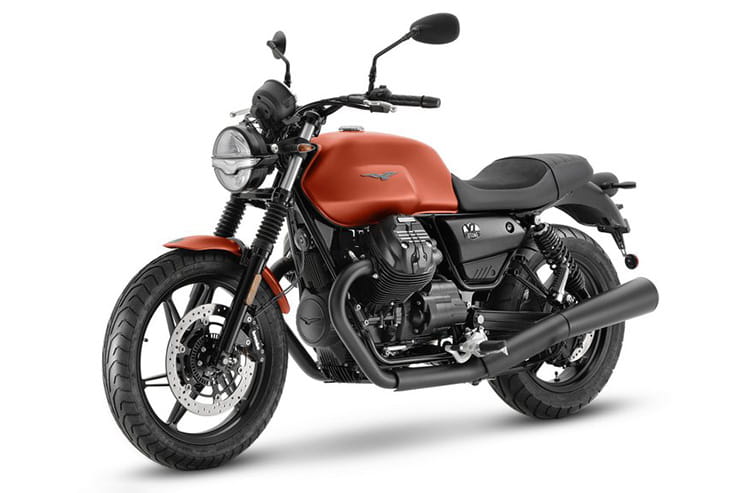 So far, Guzzi has revealed two versions of the 2021 V7; the entry-level ‘Stone’ and the higher-spec ‘Special. The Stone gets new full LED lighting, including an eagle-shaped DRL that mimics the Moto Guzzi logo, plus a new LCD instrument pack and revised alloy wheel design.

The Special uses wire-spoked wheels and more traditional analogue clocks, but also gets a shorter front mudguard than the old version. Both bikes have a revised exhaust system to accompany the new, Euro 5-compliant engine.

We’re still waiting on pricing and availability information. At the moment, Guzzi’s previous-gen V7s are being offered at £1000 under their RRPs, with the Stone at £6999 and the Special at £7699. 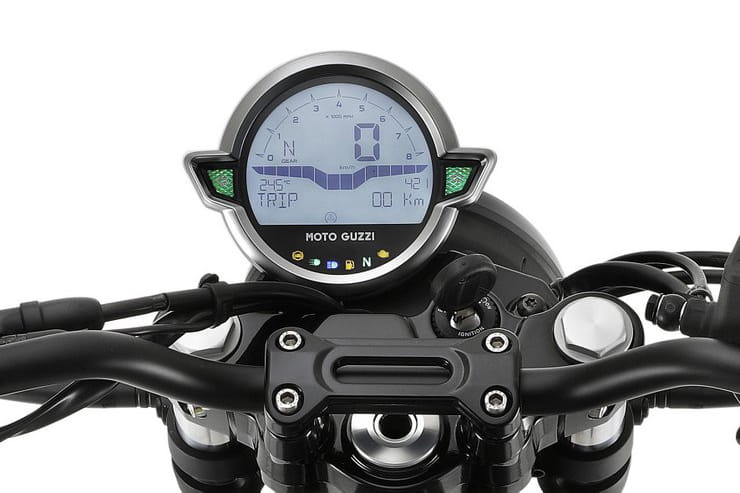