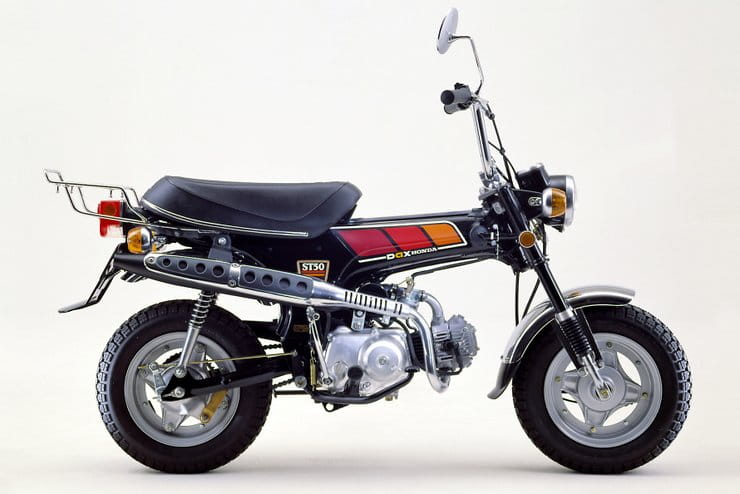 Buoyed by the success of its retro-inspired Monkey 125 and Super Cub C125 models – not to mention the more modern MSX125 Grom – Honda will soon be adding to that line-up of learner-legal machines with a new take on its classic ST-series ‘Dax’.

A revived Dax has been rumoured in Japan for a while now, but now we’ve seen the first concrete evidence of the bike in the form of a trademark filing in Europe for the name ‘Honda ST125’. The original Dax, launched in 1969 and an epitome of 1970s fashion, came in ST50, ST70 and ST90 forms over the years, using the name ‘Dax’ in Japan and under the ‘Trailsport’ name in the USA.

Production of the bike in various forms continued until 2000, sharing engines with the Cub scooter models but featuring a distinctive pressed-steel frame with a thick horizontal backbone connecting the headstock to the seat, with the engine slung underneath. Simple, Monkey-style suspension and small, fat-tyred wheels completed the ST/Dax image. 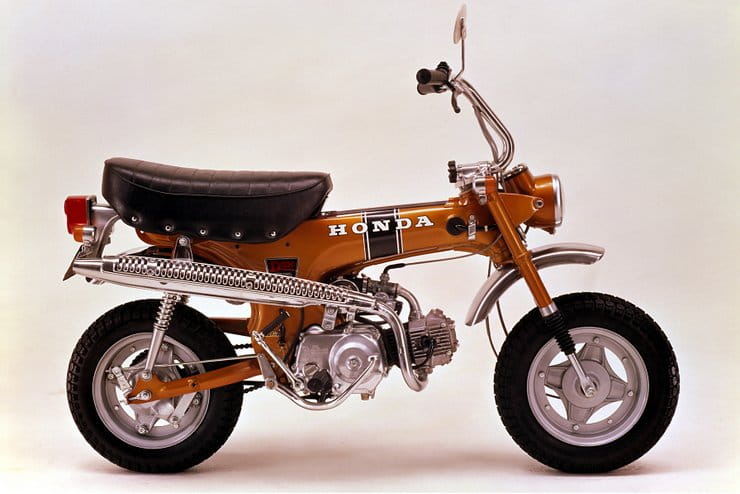 The new ST125 trademark appears to confirm that the upcoming revived version of the bike will be based, like its predecessors, on the Super Cub’s engine. These days that means a Euro 5-compliant 125cc, air-cooled single making 9.5bhp and 7.7lbft at 7500rpm and 5000rpm respectively. The same motor also powers the current Monkey, with slightly tweaked performance figures of 9.2hp at 7000rpm and 8.1lbft at 5250rpm. Both use the same four-speed transmission.

Digging deeper into the new trademark filing, we discover that Honda has also applied for rights to the name Trailsport in the USA in the last few weeks, appearing to confirm that the bike will retain its original branding in that market, too.

Over its three decades of production the original ST/Dax/Trailsport was offered in a variety of versions, including the chopper-style ST50-C (below) with ape-hangers and a seat backrest.

The Dax revival follows on from the relaunched, 125cc Monkey and the Super Cub, and Honda has also revived the Trail Cub/Hunter Cub this year as the CT125, although that model has yet to be offered in European markets. 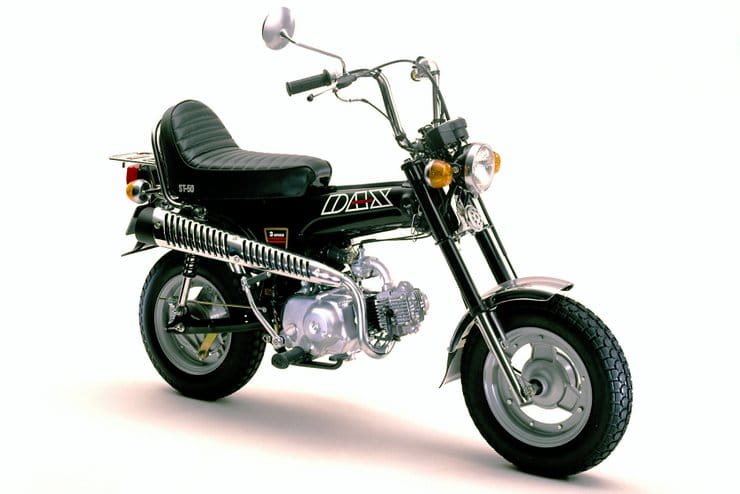