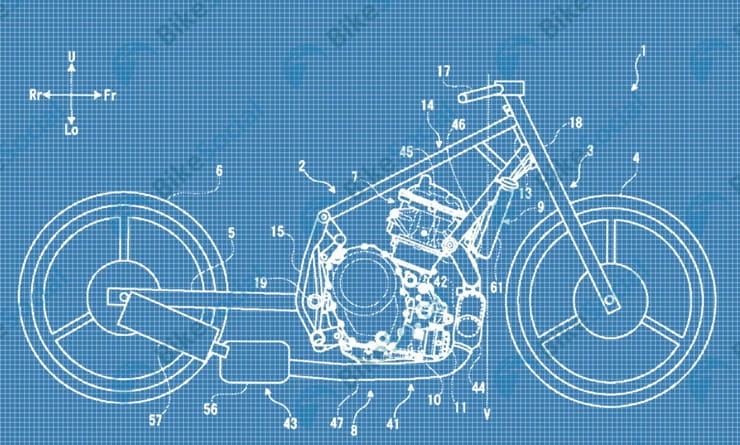 Back in 1999 Suzuki hit the jackpot. As well as launching the Hayabusa to snatch headlines and the “world’s fastest bike” crown the firm unveiled a machine that became a stepping stone into motorcycling for a whole generation of riders – the SV650.

Looking back now, from a perspective where the vast majority of bikes are accomplished, polished performers, it’s hard to appreciate just how much of a step the SV was. It was close to the perfect all-rounder: cheap enough for the mass market, decent performance, good handling and reasonable practicality. If you only had the space or budget for one bike, it ticked a lot of boxes.

It sold in vast numbers and lives on today in the firm’s range with much the same formula as the original, but upstart rivals like Kawasaki’s ER-6 – later mutating into the Z650 and Ninja 650 – and Yamaha’s MT-07 have stolen much of its market. Now Suzuki appears to be developing its successor, switching from a V-twin to the same parallel-twin layout as its main rivals in the process. 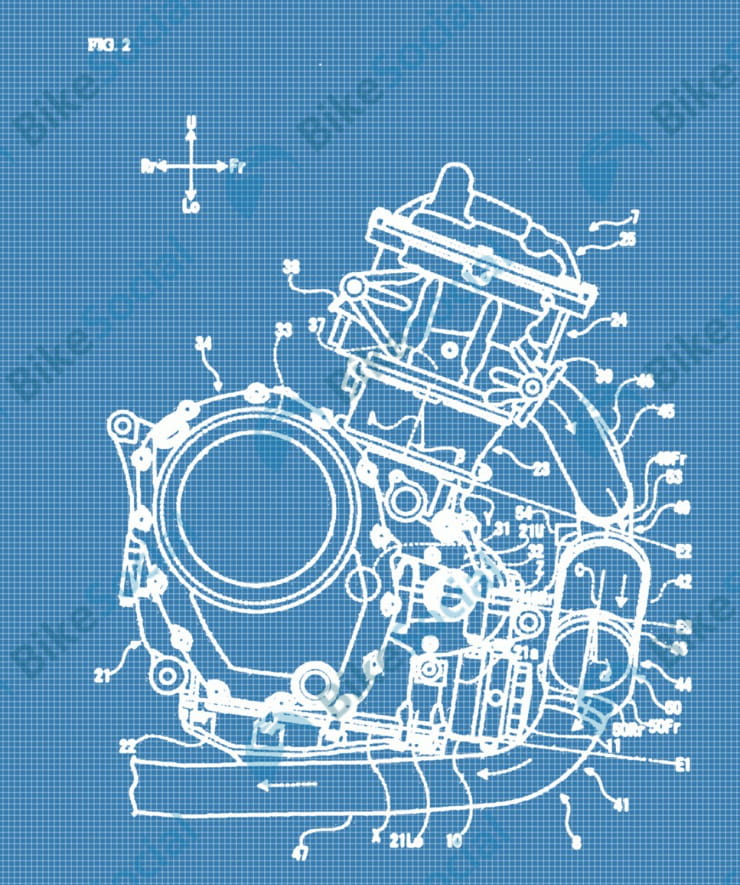 New patents from Suzuki, first file in Japan last year but only recently published, show development is underway on a new middleweight parallel twin. While it hasn’t reached showrooms yet, the engine that underpins the new design has actually been seen before – it’s the ‘XE7’ DOHC twin that Suzuki unveiled at the Tokyo Motor Show back in 2015 (below).

Back then, the engine – believed to be around 700cc, as suggested by its name – was fitted with a turbocharger and it’s been under development in boosted form ever since, intended to fit into the much-delayed production version of the ‘Recursion’ concept bike that was shown in 2013.

However, this is the first time we’ve seen the engine in non-turbo, normally-aspirated form. Shorn of its turbo, the engine becomes an obvious replacement for the SV650’s V-twin, giving Suzuki an opportunity to create a cleaner, more modern motor to suit current and future emissions rules while simultaneously saving money. 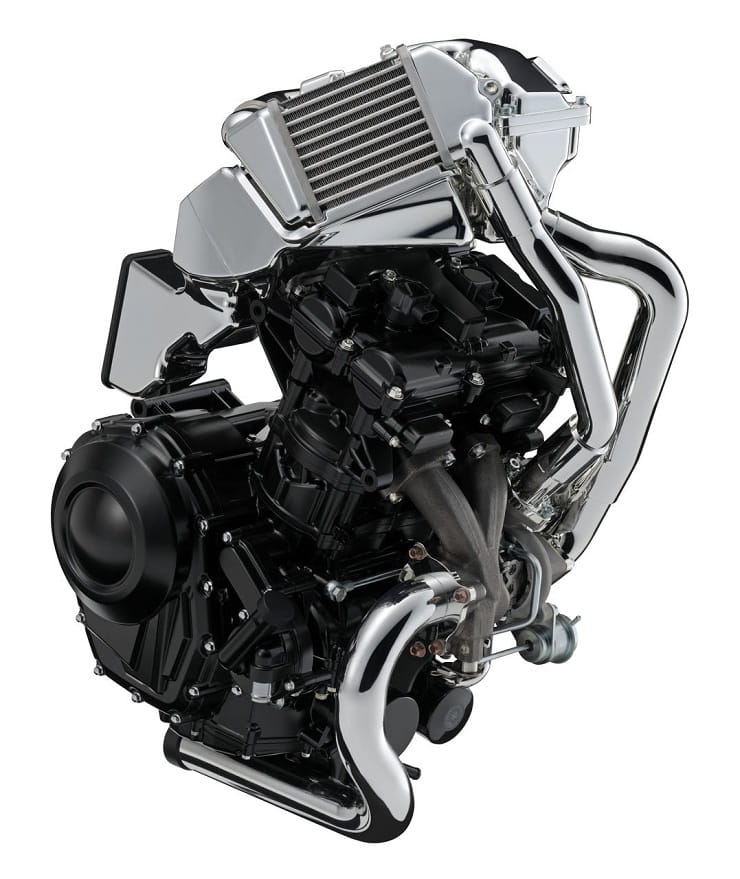 There are good reasons why the SV650’s rivals are all parallel twins rather than Vs like their inspiration. Putting the cylinders side-by-side makes for a more compact engine, with easier exhaust and intake routing. It also significantly cuts down the number of components in the engine – there’s just one cylinder head instead of two, two camshafts rather than four and a simpler cam-drive system. In bikes aimed at the budget-minded end of the market, each of those eliminated parts represents a saving that can be passed on to the customer or an extra slice of profit for the manufacturer.

By the engine in turbo and non-turbo forms Suzuki will add another layer to that cost-saving concept. As a normally-aspirated 700cc twin it should match Yamaha’s strong-selling MT-07 for power – somewhere in the 70-80hp region – while with boost the figure will be ratcheted up significantly. Depending on how Suzuki opts to tune its turbo motor, at least 120hp should be in reach and as much as 150hp might be on the cards. That means that as well as replacing the 650cc V-twin in Suzuki’s current range – slotting into descendants of the SV650 and V-Strom 650 – the motor could be used to supersede the bigger 1050 V-twin of the V-Strom 1050 or even appear in replacements for the GSX-R600 and GSX-R750. 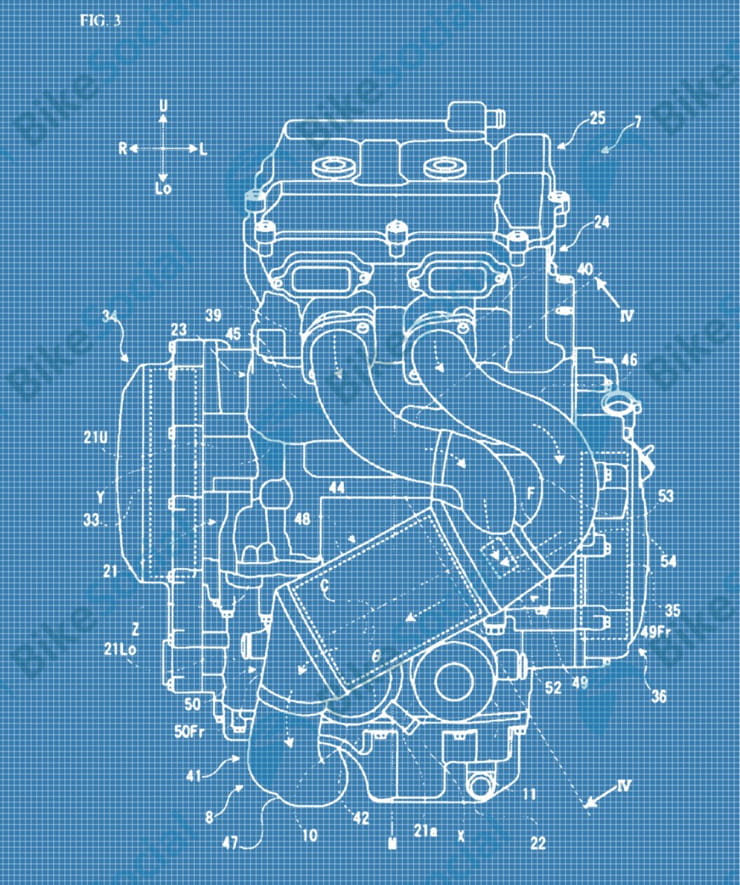 Suzuki isn’t the only company thinking along these lines. Yamaha is also working on a turbocharged parallel twin – it’s been seen in several patents already.

It’s also a route many car firms (and Suzuki is a car firm, remember) have taken. A single engine type offered either with or without boost means the same basic tooling and components can be used across a wide range of vehicles with vastly different performance, all adding up to savings for the manufacturer.

The actual subject of Suzuki’s latest patent is mundane but significant, since it’s specifically related to the previously-unseen non-turbo version of the XE7 engine. It relates to the position of the catalytic converter, which is slung diagonally in front of the cylinders (as shown above). The placement means it’s close to the exhaust ports – important for getting the cat up to operating temperature fast on cold starts – while still allowing for tuned-length header pipes. The diagonal orientation also means it can be longer that if it was vertically-mounted, and putting it in front of the engine rather than below it adds to ground clearance.

In contrast, the turbocharged version of the same engine (below) puts the turbo in front of the motor, with shorter headers and a more vertical position for the catalyst. 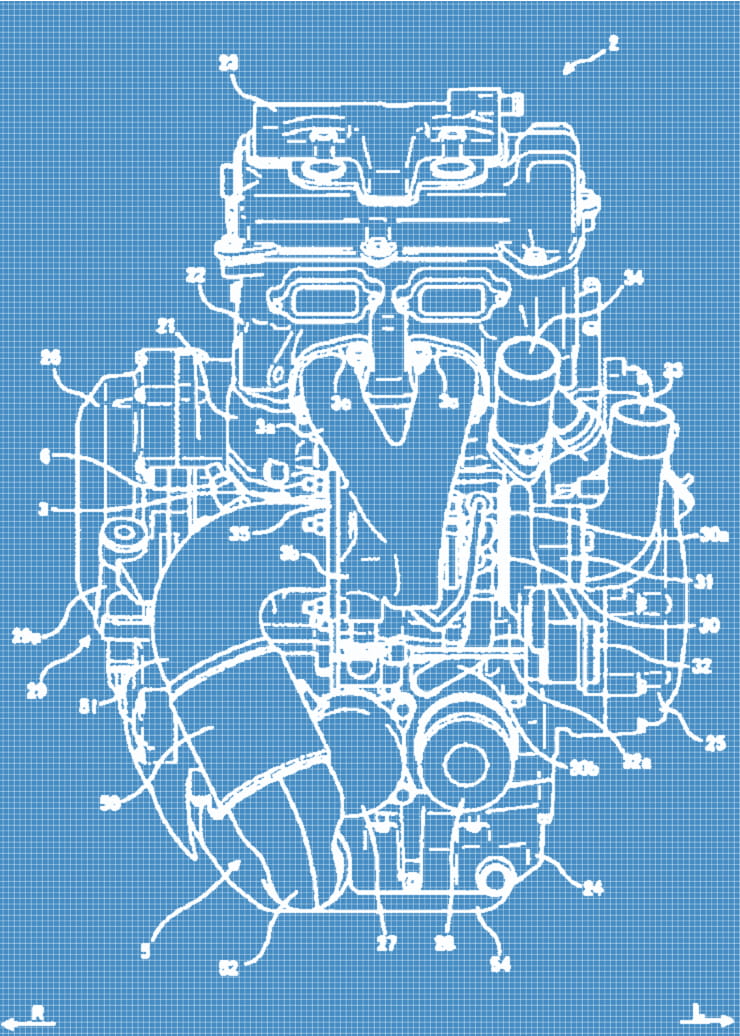 When will we see Suzuki’s new twin? That’s the million-dollar question. The project has been underway for at least seven years already, evolving from the 2013 Recursion concept’s 588cc, SOHC twin into the 700cc, DOHC XE7 (shown in 2015) and now this new normally-aspirated version, but apart from a constant stream of patent applications to show that work is underway there’s been no physical evidence of the bikes the engine will go into.

Over the same period, Suzuki’s range – particularly in Europe – has been eroded as bikes have been dropped without replacement as new emissions rules come into force.

With the advent of Euro 5 indicating a new period of stability in emissions regulations, hopefully Suzuki will look to plug some of the holes in its range, and it looks like the new twin might well be the key to doing that.