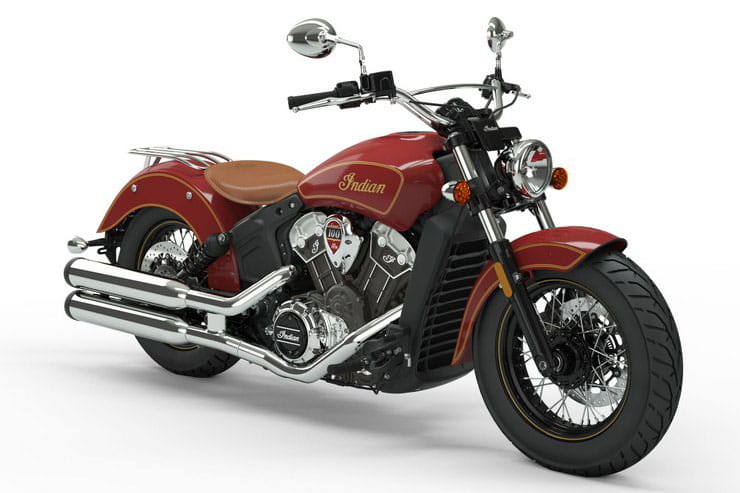 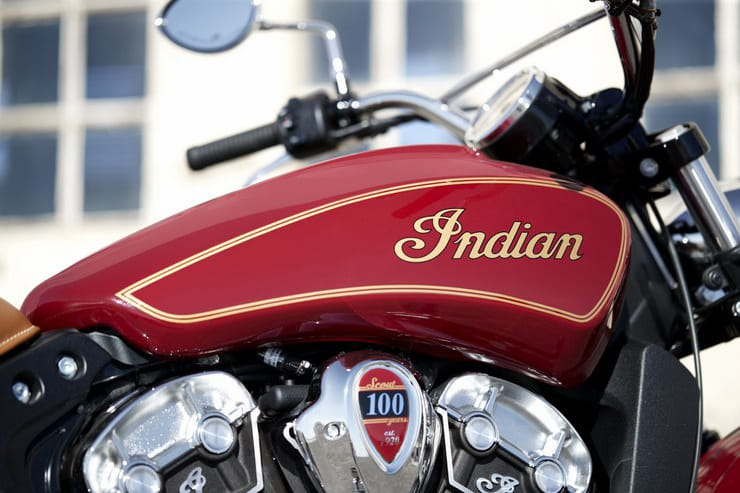 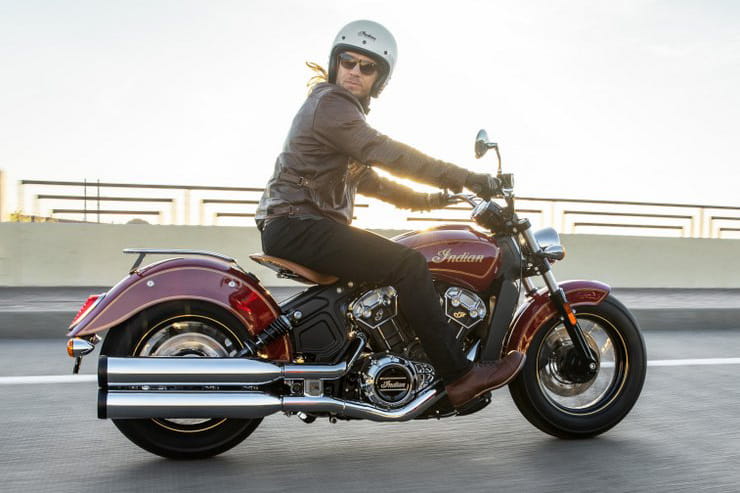 Just a few days ago we brought you news of Indian’s plans to launch a 100th Anniversary Scout and a new Scout Bobber Twenty – and here they are in all their glory.

As expected, the bikes mark the centenary of Indian’s Scout model, which was launched in 1919 as a 1920 model.

Starting with the Scout 100th Anniversary, just 750 of the bikes will be made, with red and gold paintwork that’s reminiscent of the original 1920 Scout. Special anniversary badging and retro-style pinstripes and logos, along with a single ‘desert tan’ leather seat, wire wheels with black rims, ‘beach bars’ and a luggage rack complete the changes.

The Scout Bobber Twenty also marks the 1920 introduction of the original Scout, but it’s not a limited edition and nor is it such a clear retro throwback. Old-school touches include wire wheels instead of the alloys of the normal Scout Bobber, but the Twenty also gets improved ergonomics with taller ape-hanger bars that are more suited to the feet-forward riding position. Three colours are on offer – black, matt green or ‘burnished metallic’, which is a sort of metal-flake orangey-brown that gives a strong 1970s vibe. 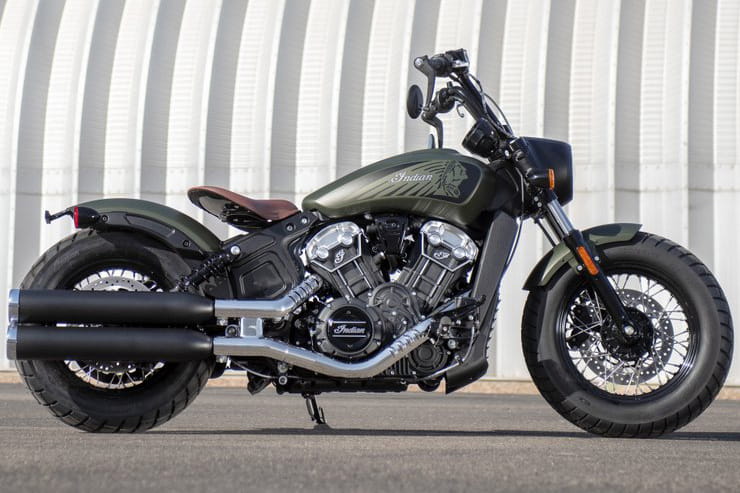 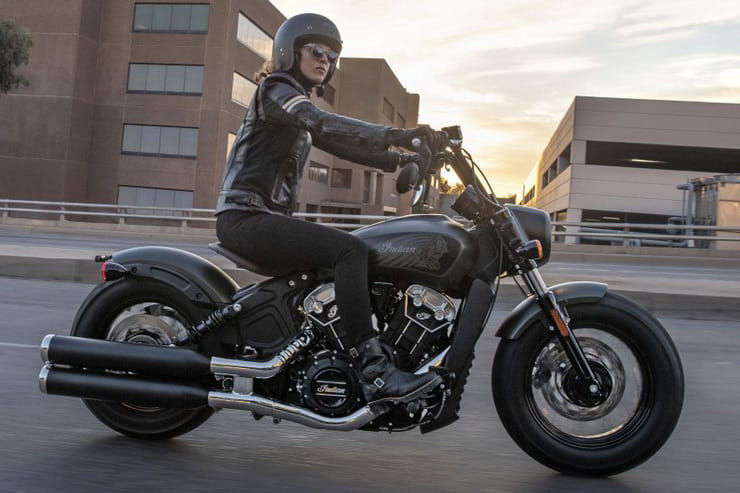 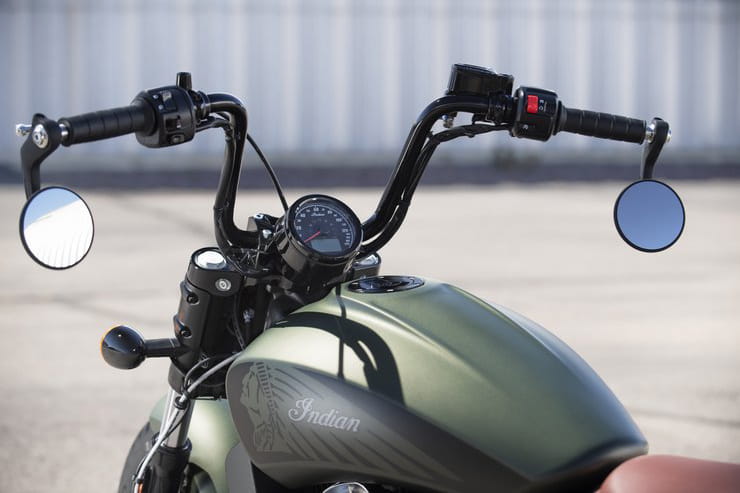 The two new versions might be the main news, but all Indian’s 2020 Scouts also get improvements. The Scout, smaller-engined Scout Sixty and Scout Bobber all receive new floating brake discs, new calipers and  a new master cylinder as part of a complete brake overhaul. Scouts also gain a ‘Sport Seat’ and pillion pegs.

New colour options for 2020 include black, burgundy or white over titanium on the Scout Sixty. The Scout comes in black, white, blue, red over ivory or green over black, while the Bobber is offered in black, matt black, blue, bronze or white.

Additional options for next year include a colour-matched, quick-release fairing with a two inch windscreen for the Scout and Scout Sixty, which can also be retro-fitted to previous model years. Optional higher five and seven inch screens are also offered, and from late 2019 there will be semi-rigid, quick-release saddlebags on offer to complete the touring transformation.