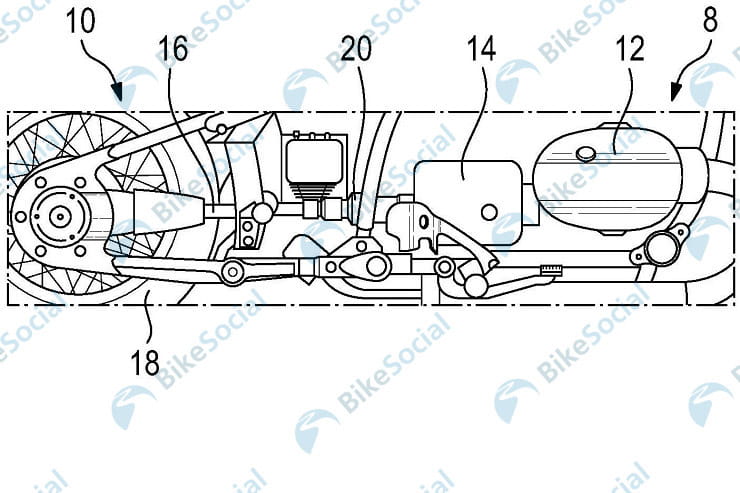 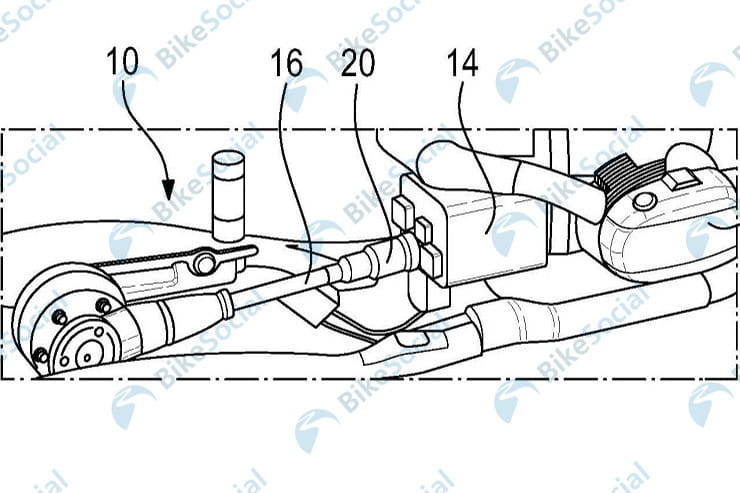 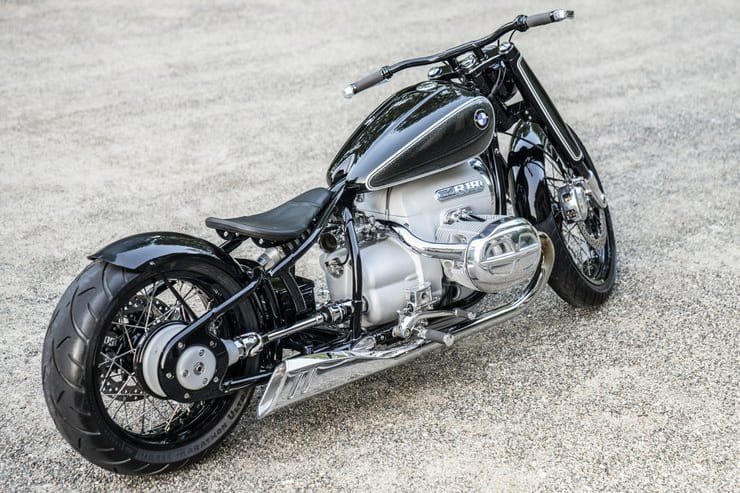 The problem of motorcycle theft is one that bike manufacturers have often been accused of ignoring. You hand over thousands of pounds for a new bike and the most security you’re likely to get as standard is an ineffective steering lock and perhaps an immobiliser. Now it looks like BMW is finally stepping up with a solution to the problem with patent applications showing a new idea that will lock the transmission to make it impossible for a thief to wheel the bike away.

The steering lock that’s been part and parcel of all new bikes for decades is already essentially impotent. Just look at any of the hundreds of CCTV videos of bike thieves in action and it’s clear that they can normally be broken with minimal effort, leaving no built-in defence to stop the bike from being wheeled away. Since the current trend in theft techniques involves pushing the bike away, usually with another bike or scooter, electronic protection like immobilisers don’t help much so riders are left needing to lug around massive chains to secure their bikes to the nearest stationary object.

BMW’s solution, shown in a new patent application from the Bavarian firm, is system built into a bike’s gearbox that will prevent it from moving, in turn locking the rear wheel and making it impossible to roll the bike away. Sure it could still be lifted into a van, but it instantly secures the bikes against the quickest, easiest form of theft. 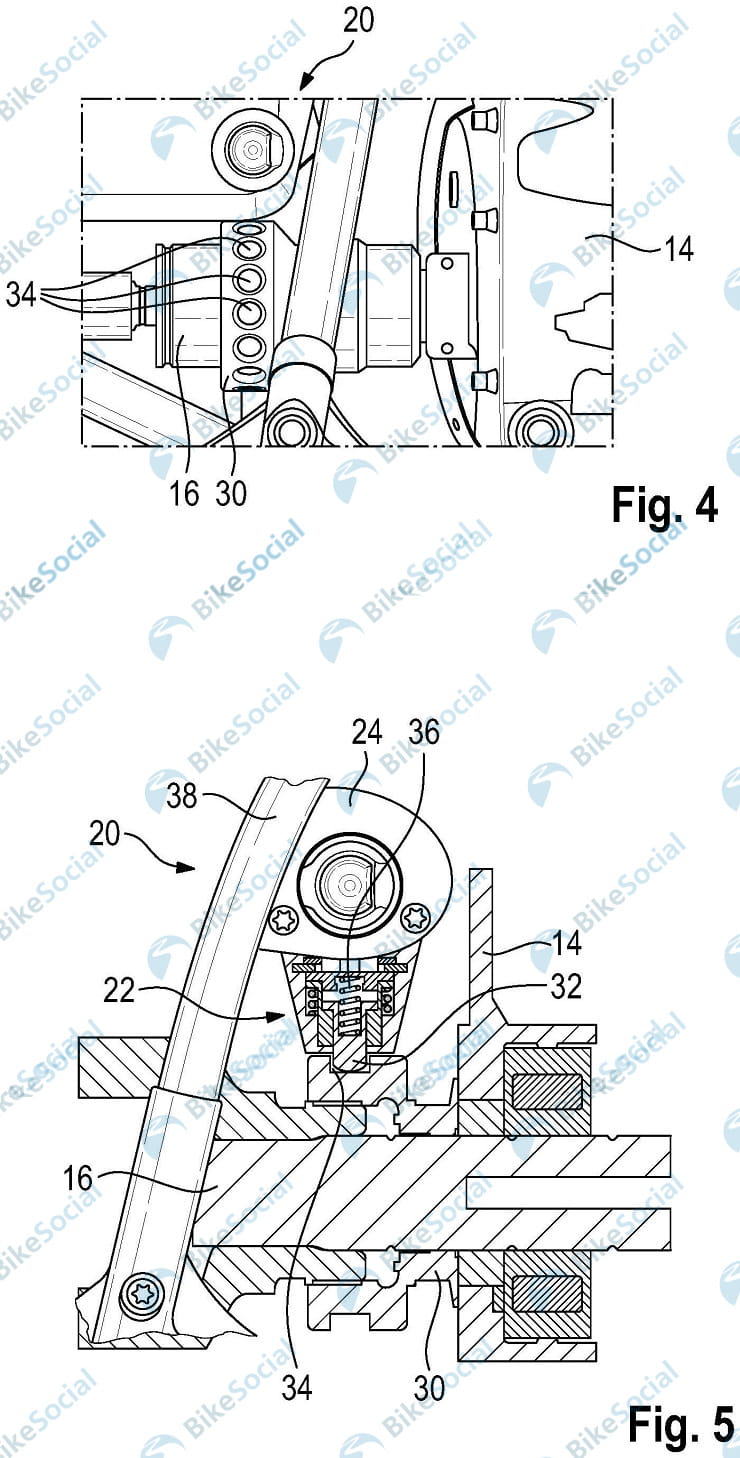 The patent shows several versions of the idea, revealing that BMW’s plan is to fit it to multiple models with different gearbox designs. However, the first picture shows the gearbox section of a faux-hardtail retro bike – perfectly matching the R18 concept and adding a huge amount of weight to suggestions that the forthcoming 1800cc boxer cruiser will be near-identical to the concept model.

On that bike, which has an exposed shaft drive, the lock is in a separate unit behind the transmission. An electronic control (22) – basically a solenoid – will drop a pawl (32) into one of multiple holes (34) machined into the universal joint at the front end of the drive shaft. The patent explains that this could be done automatically with the ignition or via a car-style remote lock plipper. Once in place, there’s no way to access the pawl, and anti-tamper bolts securing the system will shear off rather than allow the unit to be removed.

Although the electronics are designed to prevent the system from engaging on the move, BMW has also incorporated a failsafe mechanical system – the shape of the pawls and holes mean that at speeds over 4km/h they won’t be able to drop into place, so there’s no chance of the transmission accidentally locking up on the move. 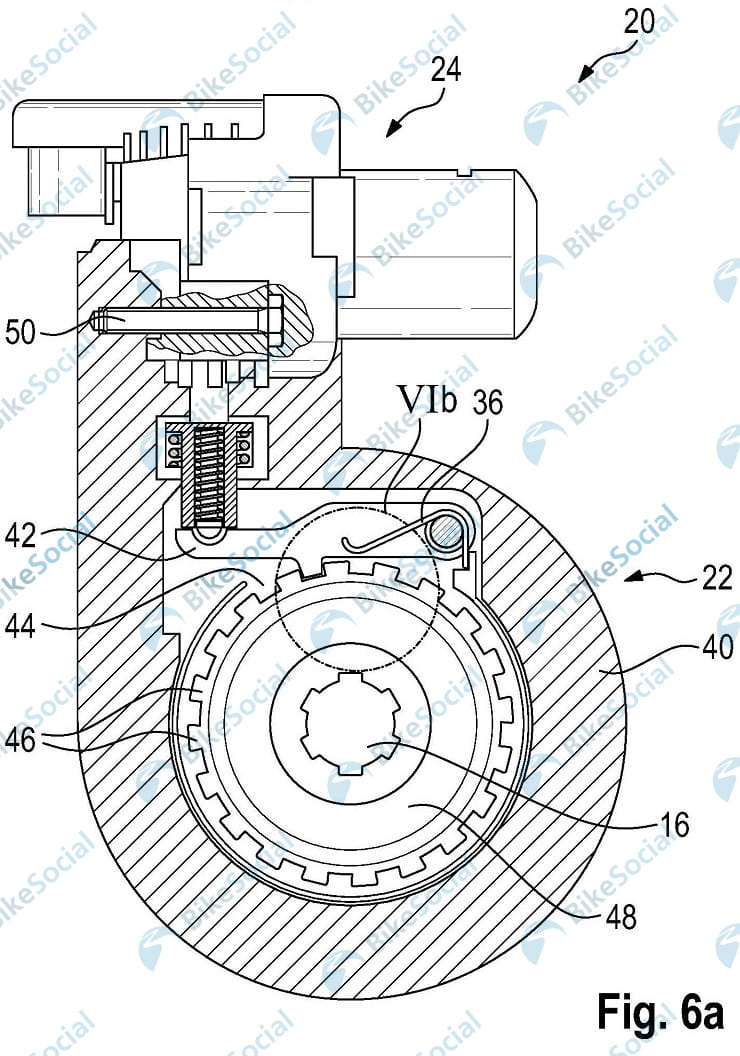 Since the forthcoming R1800 cruiser is likely to be among the most expensive bikes in BMW’s range, it makes sense that it could be first to get the system, but the patent’s multiple designs of the same system suggests that in future a version of the transmission lock will appear on many of the firm’s bikes.

The second version, above, shows a ratchet-style arm (42) that carries the locking pawl and engages with a toothed wheel (48) to lock the transmission. This version is intended to be inside the transmission rather than mounted on the drive shaft, and BMW has designed multiple iterations of the same idea; some are suitable for the R1250 transmission, others for the gearboxes of the inline-engined F, S or K-series bikes.

While still not as secure as a massive chain and padlock allied to a concreted-in ground-anchor, there’s no question that the transmission lock should be a vast improvement over the steering locks we have at the moment.

With any luck, this development will prompt other manufacturers to enter into a battle to improve their own bikes’ security systems; a battle from which the only real losers will be the thieves and the clear winners will be motorcycle owners.