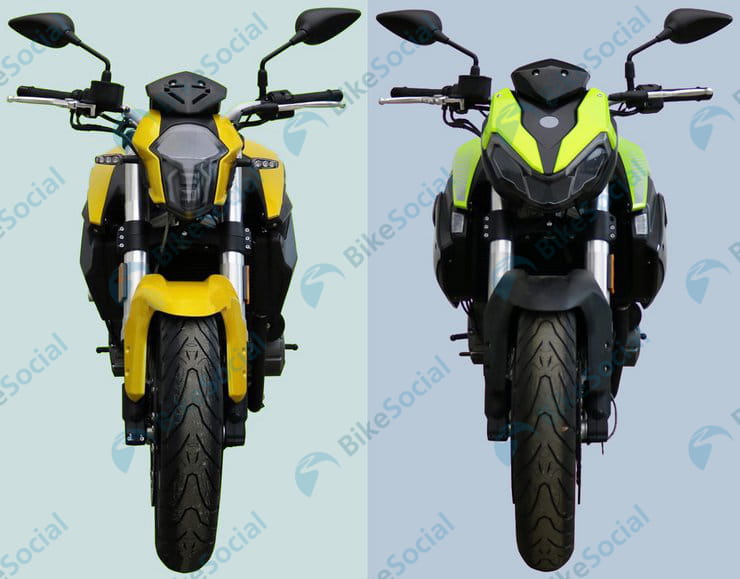 There’s a deepening mystery surrounding Benelli’s next-generation TNT 600 four-cylinder as the firm appears to be simultaneously developing two distinct versions of the bike.

Back in July we had two encounters with the upcoming model. First, a prototype was spotted in China and just weeks later the firm patented styling for the new machine, showing a rather different look.

Now another styling patent has turned up, giving a much clearer view of the version that was first spotted in prototype form in China. But which version is going to reach showrooms?

Benelli is sure to eventually make multiple different bikes based on the TNT 600’s engine and chassis. In its original form, the basic structure led to the faired Tornado 600, naked TNT 600 and the touring-style 600GT. However, the two designs seen here are surely too close to one another to justify parallel production.

Mechanically, both versions appear to be identical, with the latest version of Benelli’s four-cylinder, 600cc engine and a chassis that’s derived from the previous-generation TNT 600. Both designs also share similar styling cues, particularly around the fuel tank where there’s a distinctive section jutting forward either side of the forks. However, if you look at the comparison below between the latest patent (left) and July’s patent (right), virtually none of the body panels are the same.

The newest design, which goes under the codename ‘BJ600GS-3A’ where the earlier one was merely ‘BJ600GS’, features a stacked headlight arrangement, giving a narrower, less aggressive look to the front end. The tank sides also differ, with new placement for the badge and a larger black plastic section below – giving the impression that the seat might be higher. That seat is also a single part, in one with the pillion pad, as opposed to a two-part design as seen in July’s patent. Even the tail, despite a similar shape, is different, with a new rear light shape that doesn’t extend so far around the sides.

Because this design is the one that’s been seen on test in China, and the other has appeared only in a patent, we’re tempted to believe that it is more likely to be the one that reaches showrooms next year. 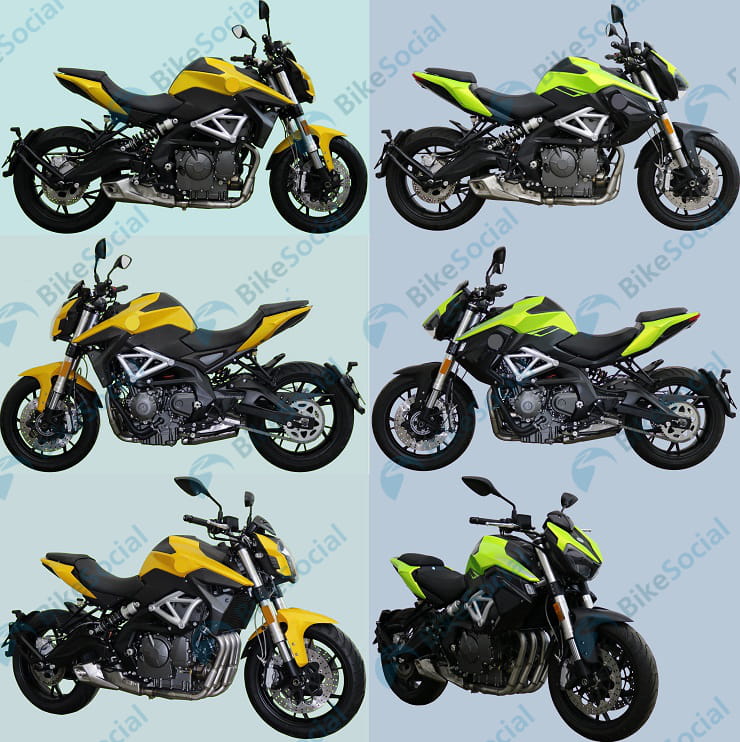