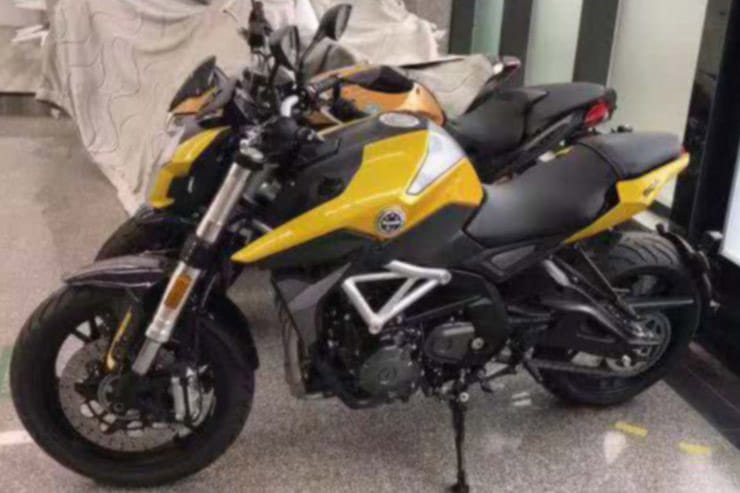 Images of a heavily reworked version of Benelli’s four-cylinder TNT 600 have emerged in China with strong hints that the model is being prepared to return to the European market for the first time since Euro 4 emissions rules drove it off sale.

The TNT 600’s engine appeared in mock-up form in 2008 along with ambitious sketches of a carbon-fibre-framed, hub-centre-steered ‘Quattro’ sports bike that was originally intended to use it. It was developed under the guiding hand of Pierluigi Marconi – the man behind the Bimota Tesi (‘Tesi’ means ‘Thesis’ and he was the engineering student who’s degree thesis inspired the design). Marconi later led Aprilia’s R&D, back when the RSV Mille was launched, and stepped across to Benelli early in the 21st century when the Tornado Tre was in the limelight.

By the time the engine reached production, Benelli’s takeover by Chinese giant Qianjiang was complete, and the resulting bikes were a far cry from the original hub-steered, carbon-framed vision. Instead the four went into the naked Benelli BN600 (later rebranded TNT 600) and a variety of rebadged versions; the same machine was sold as a QJ, a Keeway and a Generic in various markets.

With 85hp on tap at 11,500rpm, the engine wasn’t a competitor for the 120hp 600cc fours that Japanese makers were churning out – perhaps a result of being mass-made in Chinese factories more used to building air-cooled singles than DOHC, 16v fours. But for years it’s been the only Chinese-made four-cylinder motorcycle engine on the market, and its nation of origin meant the bike could be offered at far lower prices than equivalent Japanese fours.

While Euro 4 emissions limits saw the end of European sales for the TNT 600, it’s remained available in other countries like India and China, but its design is clearly starting to look its age now. The twin under-seat exhausts make for an unfashionably bulky derriere and the remaining bodywork is an uncomfortable mishmash of angles that give the impression that each panel was designed by a different designer who wasn’t allowed to see what the rest of the bike looked like.

It doesn’t set a high bar, but the leaked Chinese pictures show that the next version soars over it with a far more cohesive look.

The tank is now smoothly blended into forward-jutting side panels, with black plastic below the seat to help reduce the visual mass of the bike’s centre section. Up front there’s a new LED headlight and the rear is far more delicate than the current model’s.

The rear end change comes largely thanks to the fact the under-seat pipes are gone. We don’t get to see the actual exhaust, which must run on the bike’s right hand side, but it’s likely to the design seen on the new 750cc, parallel twin Benelli 752S. It’s clear that the 752S donates its swingarm-mounted licence plate bracket, further helping to lighten the look of the tail section. 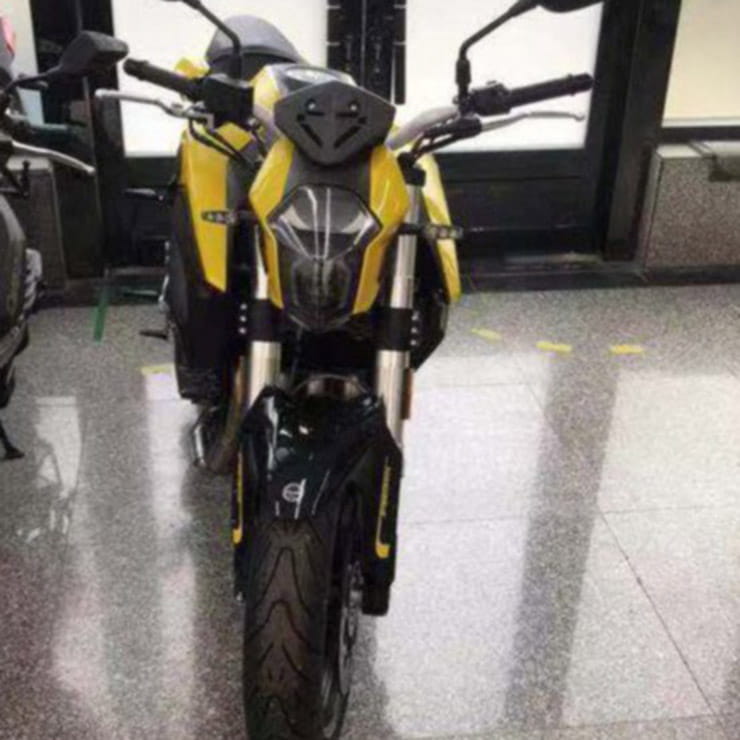 Mechanically, we can see that the chassis – a cast-aluminium rear section allied to a tubular steel trellis front – isn’t getting big changes. Neither is the swingarm which seems to be carried over directly from the existing bike.

The forks and radial-mount brakes are, again, unaltered apart from the notable addition of reflectors on the fork legs – a move that hints Benelli is targeting the American and European markets with this model, as such reflectors are a legal requirement in both areas. The ABS sensor rings on the front discs again suggest that it could be Europe-bound.

Of course, it will need to meet not only the Euro 4 emissions limits currently in force but the upcoming Euro 5 restrictions if it’s to be sold in the EU as a 2020 or 2021 model. The fact that there’s a new exhaust, even if we don’t get to see it in these pictures, suggests that Benelli has worked to improve the emissions performance. 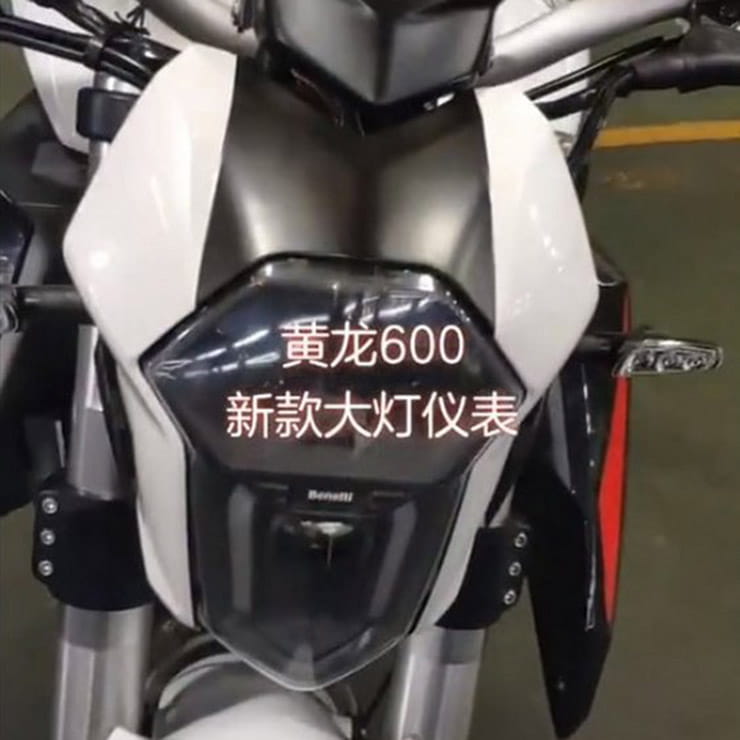 The new headlight is topped with another notable step forward compared to the existing model – a small LCD screen that replaces all the traditional instruments. Despite the bike’s budget roots, it’s a full-colour display that’s presumable adaptable to show a variety of different dash styles.

A video posted on Chinese social networks shows the start-up routine on the new dash, with the rev counter and speedo – both represented by moving bars and large figures – performing a sweep up to 12,000rpm and 180km/h. It’s the sort of thing that would have been restricted to only the most expensive bikes just a handful of years ago.

A ‘TNT’ logo machined into the bar clamp shows that the bike is basically showroom-ready and the fact that the videoed example is in a white, black and red paint scheme while the one in the still photos is yellow, black and silver, both complete with Benelli badges, shows we should expect an official unveiling in the very near future. 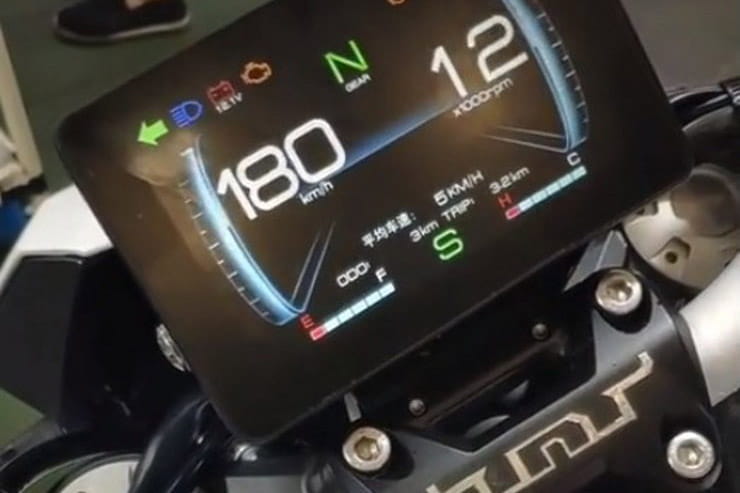