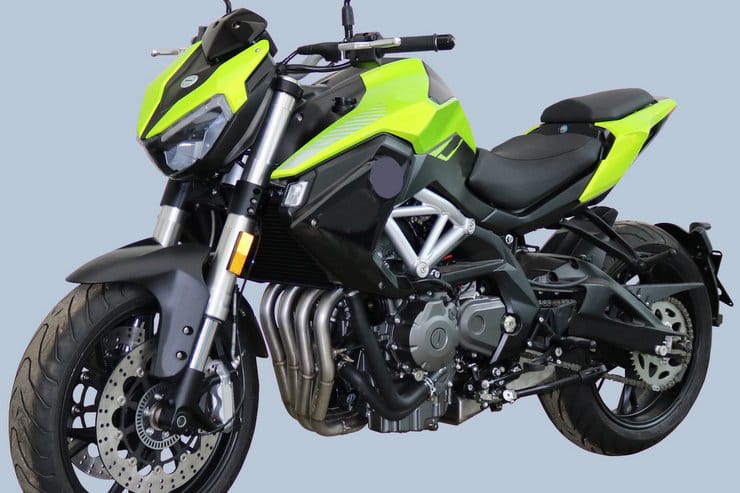 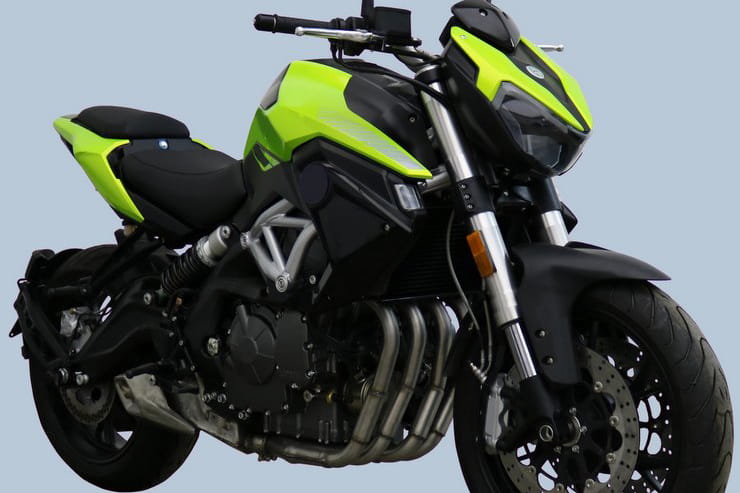 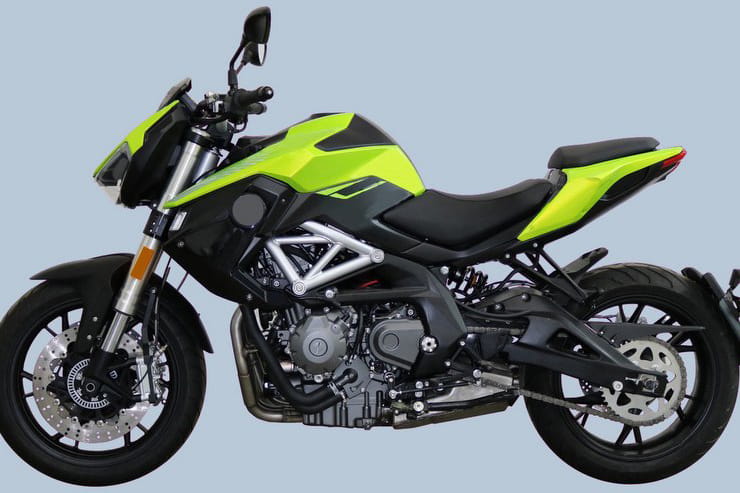 Earlier this month some grainy pictures emerged of a new Benelli TNT600 but now a full set of studio images showing the bike from all angles have been appeared as part of a new design patent filing.

Intriguingly, it’s distinctly different from the machine spotted in the spy photos, suggesting that Benelli is either still fiddling with the final styling or there will be more than one variant on offer.

As on the bike we saw earlier, the chassis and engine are carried over from the previous generation. The four-cylinder engine, developed in Italy before Benelli’s takeover by Chinese firm Qianjiang, has no visual changes but is likely to have been revised internally to meet Euro 5 emissions limits. It notably features a stubby, side-exit exhaust instead of the twin under-seat pipes of the previous generation TNT600.

Comparing these new images to the machine spotted in China earlier this month reveals a host of differences, despite both bikes appearing to be in near-production form, complete with badges and graphics.

The bike in these patent images has a similar tank shape to the one on the previous spy pictures, but appears to be more angular and has its Benelli badge repositioned from the yellow portion to the black section below (it’s crudely Photoshopped out of the patent pictures, but you can see its position). Ahead, there’s a completely different headlight, with side-by-side lamps bearing a family resemblance to the old Adrian Morton-designed TNT899 and TNT1130 triples instead of the vertically-stacked design seen before.

The rear end is also different.  Where the previous spy shots showed a single-piece seat, the patent photos reveal a more aggressive, stepped design with a separate pillion pad.

As on the previously-spied bike, the rear end is much stubbier than the existing TNT600’s design, thanks in part to the loss of the under-seat exhausts but also due to the adoption of the swingarm-mounted licence plate bracket from the Benelli 502C, which meets Euro rules  that say bodywork must extend beyond the back edge of the rear tyre. The new all-digital instruments that were seen on the earlier spy pictures are also confirmed here.

Benelli is expected to relaunch the TNT600 into the European market later this year after the old version was forced out by Euro 4 emissions rules. With around 85-90hp and a price to position it below the more obvious options like Honda’s CB650R, Kawasaki’s Z650 or Triumph’s Street Triple, the next-gen TNT600 could be an attractive left-field choice.