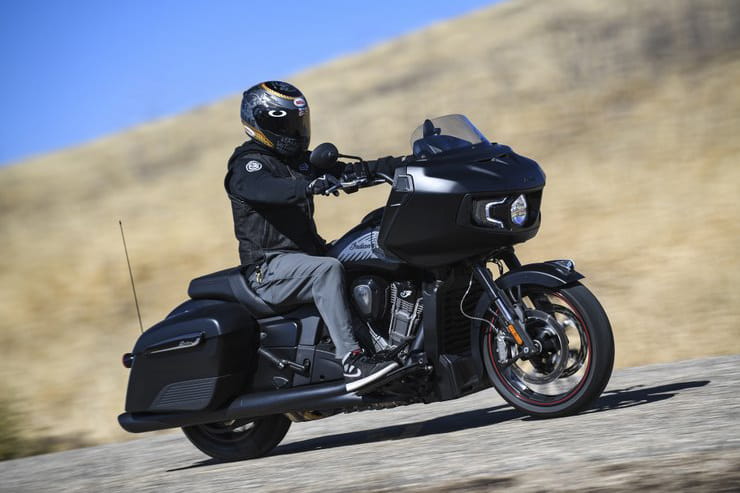 After months of spy shots, leaks and teases Indian has officially unveiled its Challenger bagger just days before it’s publically shown at EICMA in Milan.

The bike doesn’t hold many surprises anymore, but still represents a big step for Indian as it’s the firm’s first ‘big’ water-cooled, DOHC V-twin model, offering a clear alternative to the traditional air-cooled, pushrod models in the current touring range.

Its heart is the firm’s new PowerPlus twin, reviving a name from Indian’s past but including design and technology that’s anything but old fashioned. With four valves per cylinder, low-maintenance hydraulic tappets and cam chain tensioners and vastly more performance than the firm’s similarly-sized air-cooled engines it promises a very different riding and ownership experience. 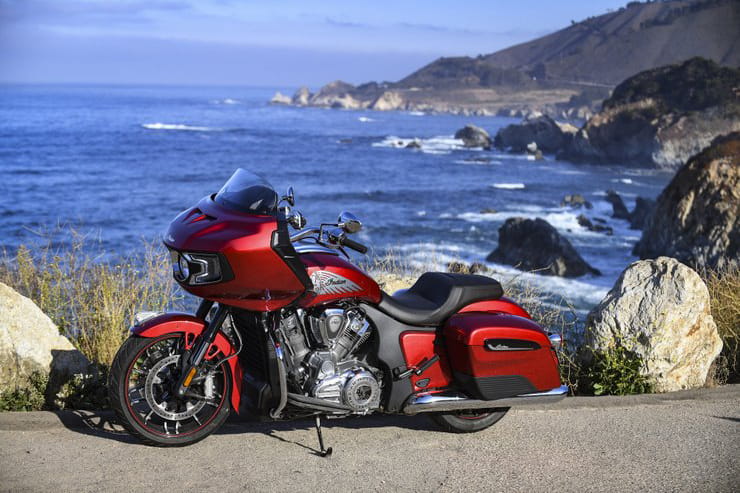 The new engine sits a cast aluminium frame – typical of Indian but a far cry from the steel tube frames normally associated with American cruisers. A single rear shock and 43mm upside-down forks deal with the suspension, while Brembo provides the radial brake calipers.

The bodywork includes a fixed front fairing – despite appearances, it doesn’t turn with the bars – incorporating an adjustable screen and built-in air vents. All the lighting is LED, as is the norm these days, with distinctive DRLs bracketing the central headlight.

Tech includes a Bosch IMU that allows cornering traction control and cornering ABS – or ‘Smart Lean Technology’ to use Indian’s preferred terminology. The firm’s Ride Command system, including a seven-inch touchscreen giving weather and traffic information as well as navigation, provides a rider interface with the system. 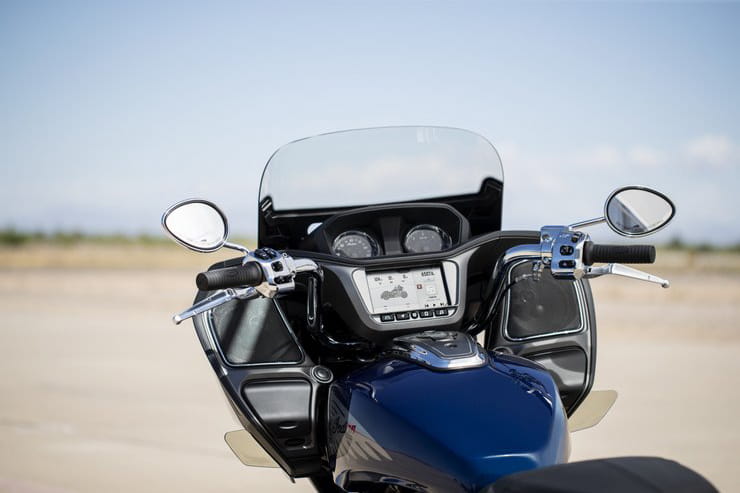 As we revealed earlier this week, Indian has type-approved three versions of the Challenger – a base model, a ‘Dark Horse’ version and a ‘Limited’ model. However at the bike’s initial launch only the Challenger Dark Horse and Challenger Limited are being offered. Differences between the two mainly revolve around the finishes. The Dark Horse is largely blacked-out, with a matte black and dark grey finishes on the engine, bars, mirrors and exhausts, while the Limited gets chrome and polished aluminium. The Limited also features crash bars either side of its radiator, no doubt accounting for its 4kg higher dry weight. Speaking of which, these aren’t lightweight machines. The Dark Horse comes in at 361kg dry, while the Limited as 365kg. Fill the 22.7 litre fuel tank and top up the oil and those numbers will rise to a real-world weight well north of 380kg.