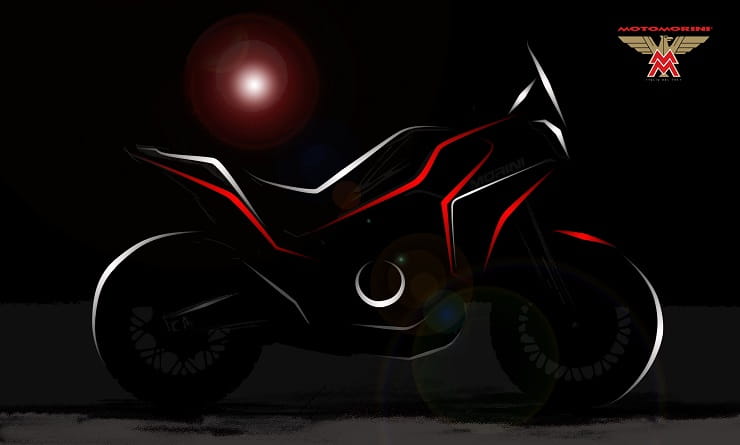 Moto Morini has revealed that it’s going to launch a new range of mid-sized models at November’s EICMA show in Milan.

At the moment, the firm is keeping schtum about details of the new bikes, other than to say they’re ‘a new platform of mid-engine-size motorbikes, dedicated to all those who want to experience the emotion of riding a Morini and feel part of the Golden Eagle brand.”

Initially, it says there will be naked and adventure models, with the adventure version silhouetted in the image you see here.

The term ‘mid-engine-size’ could mean anything from around 500cc to 900cc, but will clearly be a step below the 1200cc V-twins in Morini’s current range.

Morini is also promising that the redesigned 1200 Scrambler – shown back in 2017 as a replacement for the current style that dates back to 2009 – is going to be revealed in ‘definitive’ form at the EICMA show, which starts on 5th November.