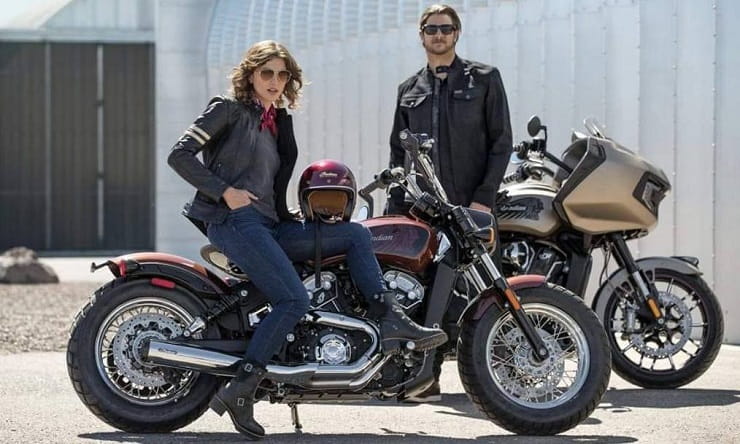 An official photograph of the Challenger also snuck, perhaps accidentally, into a press release sent out last month about the firm’s updated 2020 Scout models. In the image (above), the Challenger is the gold bike sitting behind the more familiar, 1133cc Scout.

Now an official emissions document published by the California Air Resources Board (CARB) has revealed that the Challenger will appear in three distinct flavours in 2020. As well as the normal Challenger, there will also be a Challenger Dark Horse and a Challenger Limited.

All three bikes are listed as having the same engine and weight, so they’ll differ only in cosmetics. Since Indian’s existing bagger, the air-cooled Chieftain, also comes in ‘Dark Horse’ and ‘Limited’ models, it gives a pretty clear indication as to what to expect from the Challenger equivalents.

In Indian nomenclature, ‘Dark Horse’ inevitably refers to a blacked-out model, with chrome swapped for black finishes on parts like the forks and exhausts, and machined sections on the engine and wheels to show off the bare alloy. Unlike other manufacturer’s ‘black’ models, it’s not a budget version – in fact Indian’s Chieftain Dark Horse is pricier than the normal bike. There’s a strong chance that the Challenger pictured above is the ‘Dark Horse’ given its lack of chrome.

The basic Challenger is likely to have chrome on parts like the exhausts and suspension, but retain the dark engine, and if the firm follows the pattern set by the Chieftain range, the Challenger Limited will be a more expensive model with lashings of extra chrome and polished aluminium parts.

All will be revealed on 5th November when the Challenger, Challenger Dark Horse and Challenger Limited get their official unveiling at the EICMA show in Milan. 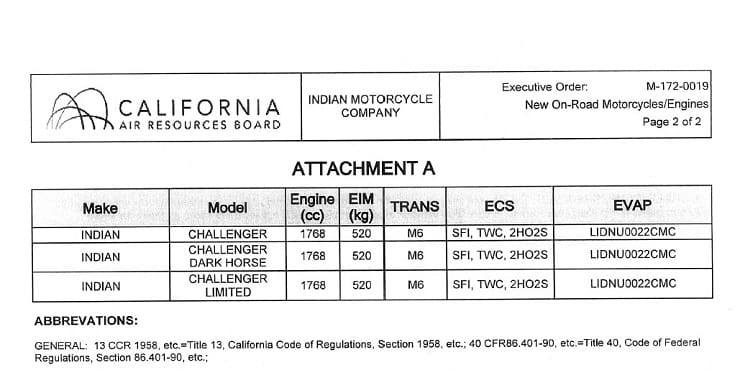