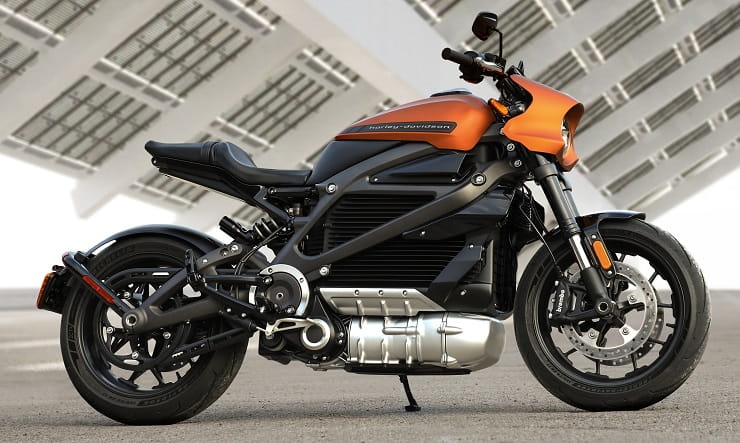 Harley-Davidson has stopped producing its LiveWire electric bike only weeks after it began after discovering an unspecified charging problem.

Some might suggest that the LiveWire has had a ‘charging problem’ ever since the firm announced the bike’s wallet unfriendly £28,995 price tag, but Harley says the problem emerged with the discovery of a ‘non-standard condition’ during quality checks. Although it hasn’t elaborated on the issue, Harley has told LiveWire owners to charge only at DC fast-charge stations rather than plugging into their home electricity supplies.

The implication is that the production stoppage is going to be short provided Harley can come up with a swift solution to the issue. Whether existing owners will face a recall once a solution is found remains to be seen.

Charging takes place from a normal household electrical point, and every hour on charge will result in 13 miles of range. There's also a fast DC charging port that will charge to 80% in 30 mins, or 100% in an hour with the appropriate public charging station.

Harley-Davidson has since issued a statement: "As we lead in the electrification of motorcycles, we have delivered our first LiveWire motorcycles to authorised LiveWire dealers. We recently discovered a non-standard condition during a final quality check; stopped production and deliveries; and began additional testing and analysis, which is progressing well. We are in close contact with our LiveWire dealers and customers and have assured them they can continue to ride LiveWire motorcycles. As usual, we’re keeping high quality as our top priority."