Aston Martin and Brough Superior: a recipe for success? 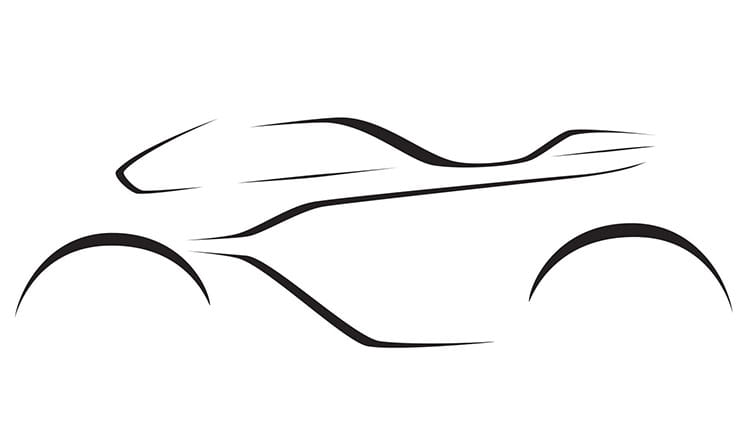 James Bond’s favourite car firm, Aston Martin, has announced its collaboration with Brough Superior to create the world’s first Aston-branded bike – which will be launched at the EICMA show in Milan on 5 November.

The firm said in a statement:

The iconic Aston Martin wings will appear on a motorcycle for the first time when the initial product of an exciting new collaboration between Aston Martin Lagonda and Brough Superior is revealed at the EICMA motorcycle show in Milan, Italy.

Brough Superior, the eponymous performance motorcycle brand created by George Brough in 1919 and resurrected by enthusiasts long after his death is, like Aston Martin, a luxury brand with great heritage. Both Brough Superior and Aston Martin place huge importance on developing a brand that customers are proud to be part of and products that strike the perfect balance between performance and design.

Both masters of craftsmanship who use the finest materials to breathe life into their designs, as independent companies they also revel in their ability to offer bespoke design and engineering solutions so a collaboration between the two brands is virtually guaranteed to produce something very special.

Reichman said: “This is a fascinating and very popular project for myself and my team. The opportunity to collaborate with Brough Superior has given us the chance to bring our own unique views on how beauty and engineering can combine to create a highly emotive piece of vehicle design. We’re excited about the end result and can’t wait to see the reaction the motorcycle receives when it is revealed next year.”

Henriette commented: “Aston Martin and Brough Superior are two luxury automotive manufacturers sharing the same passion for exclusive design and performance, the idea of developing a motorcycle in a frame of a close partnership came naturally.”

Aston says the bike will be a strict limited edition but Reichman’s statement that the end result won’t be seen until next year suggests that whatever we see at EICMA next month isn’t going to be the finished product.

Aston Martin has had a tumultuous time of late, with sales its exotic cars falling away and a share price that has dropped from £17 at its IPO last October to less than £5 a year later. It recently refinanced with a £120 million bonds deal that the Financial Times described as ‘devilish’ thanks to a punishing 12% interest rate. The firm’s plan for future success depends on diversification – launching an SUV, electric cars and new mid-engined supercars. Perhaps the new Brough deal means we should add motorcycles to that list, too. However, the firm probably won’t want to be reminded of the last time it strayed from its normal market during a tie-in with another manufacturer; back in 2011 the result of such a deal was the Aston Martin Cygnet, a tiny city car that was nothing more than a posh Toyota iQ. Customers weren’t fooled and it was ditched just two years later. Let’s hope the new Brough-Aston-Superior-Martin has more success than that.