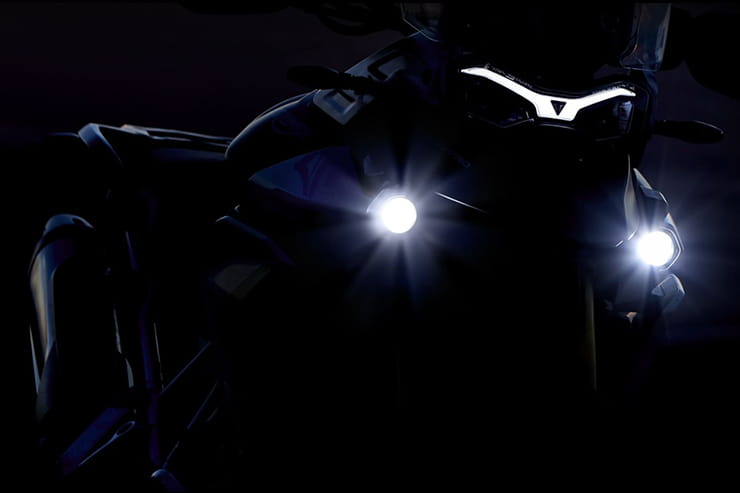 Triumph will officially unveil its 2020 Tiger 900 range at 7pm on 3rd December and has just released the first teaser for the new bike.

As we revealed back then, the Tiger 900 is powered by an 888cc version of the firm’s three-cylinder engine, achieving that capacity by using the existing Tiger 800’s long-stroke crankshaft and the big-bore cylinders from the Street Triple 765. The resulting 78mm bore and 61.9mm stroke give the 888cc size that’s confirmed by registration details of spied prototype machines.

We’d estimate that the additional size should push the Tiger’s power to somewhere north of 100hp, giving it numbers to compete with the revamped-for-2020 Honda Africa Twin and beating BMW’s F850GS.

A new chassis allows the engine to be mounted further forwards than before, while the radiator is split into two sections, one each side, because the motor is now too close to the front wheel to allow for a single rad in the conventional spot.

The fact that the Tiger 900 is appearing in ‘Rally’ and ‘GT’ forms suggests that Triumph is dispensing with the current, somewhat confusing model line-up of off-road-oriented ‘XC’ and road-biased ‘XR’ Tigers. Clearly ‘Rally’ models will take the off-road duties while ‘GT’ versions are going to be more luxurious, touring-style bikes.

We’ll bring all the details as soon as the bikes are officially launched on 3rd December. 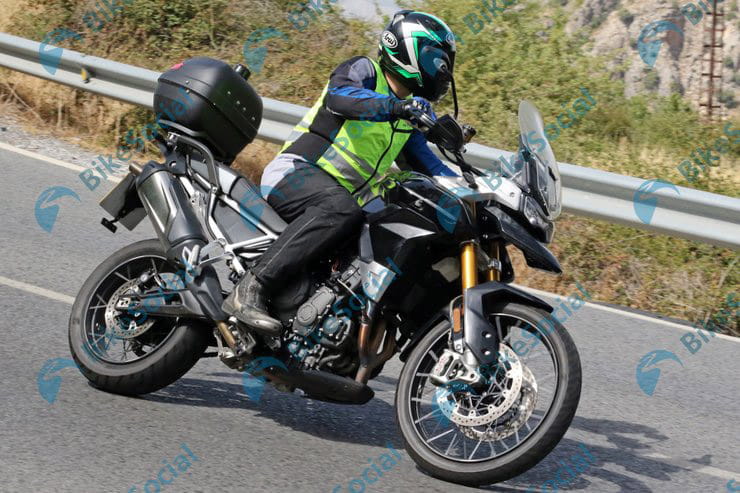