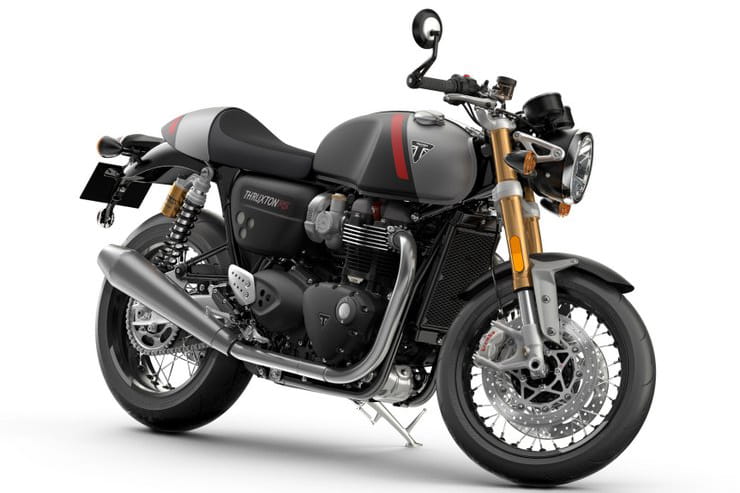 Triumph never fails to surprise when it comes to the sheer volume of new models and updates it achieves every year and 2020 is no exception with a host of additions to the Bonneville-based Modern Classics range.

Remember, we’ve already seen a new Rocket III and updated Street Triple as the mainstays of the firm’s 2020 range, as well as the limited-edition ‘Moto2’ Daytona 765, so to find the resources for new Bonnevilles as well is impressive. 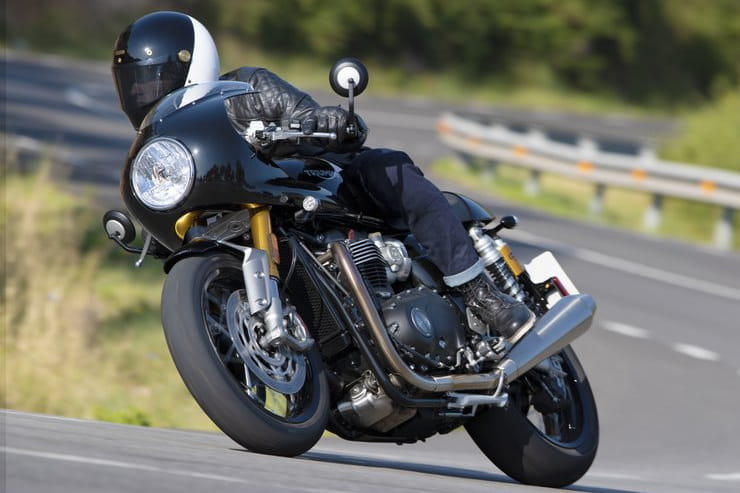 First of the new machines is the 2020 Thruxton RS, which – as its name suggests – is an improved derivative of the existing Thruxton R. The 1200cc parallel twin gets an 8 horsepower boost, taking it to 103bhp (105PS) and hits its 82.6lbft torque peak at 4850rpm, 700rpm lower than before. A 20% cut in the inertia of the engine internals sounds like a recipe for more eager revs, and that’s reflected in a 500rpm higher redline. New pistons, a lighter crankshaft, lighter balance shafts and revised cams and ports are included in the tweaks. What’s more, the new motor is cleaner, hitting Euro5 targets.

As usual, the bike is a blank canvas for modifications, with options including a cafe racer fairing (above).

Next up, we have the new Bobber TFC, which is the latest in the line of limited-edition Triumph Factory Custom machines, with just 750 set to be made.

Clearly based on the existing Bobber it gets an extra 10 horses, taking it to 86bhp, while torque rises to 81lbft at just 4500rpm. As with the Thruxton RS, those improvements come thanks to reduced engine inertia and higher peak revs.

As a TFC, it’s bristling with high-end components. Ohlins supplies the forks and rear shock, the brakes are Brembo M50s and the bodywork is largely carbon fibre. The yokes are replaced with billet parts featuring the inevitable numbered plaque, while the seat is real leather. 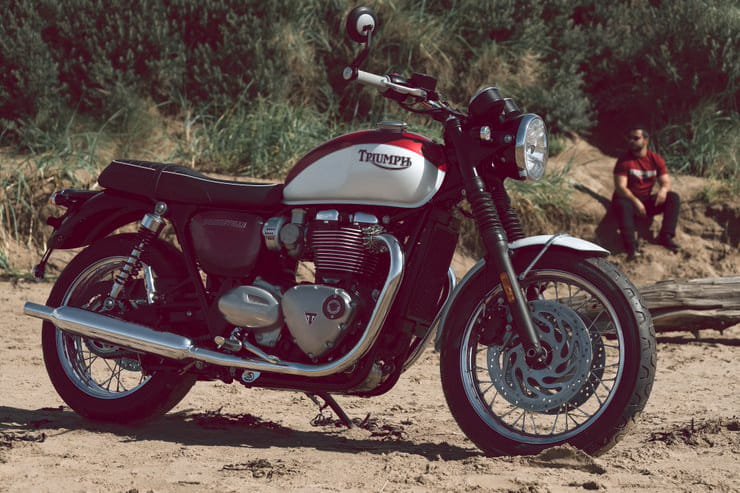 A name intrinsically linked with Triumph thanks to the famous bike jump in The Great Escape, which he did while doubling for Steve McQueen, Ekins was also an accomplished motocross rider and desert racer.

The two versions are based on the 1200cc Bonneville T120 (above) and 900cc Bonneville T100 (below) respectively, but both get much the same in terms of upgrades. As well as special paintwork they get a smattering of extras from Triumph’s options catalogue – a Monza filler cap and bar-end mirrors, for instance – and each comes with a certificate of authenticity signed by Triumph CEO Nick Bloor as well as Bud Ekins’ daughters, Susan and Donna Ekins. 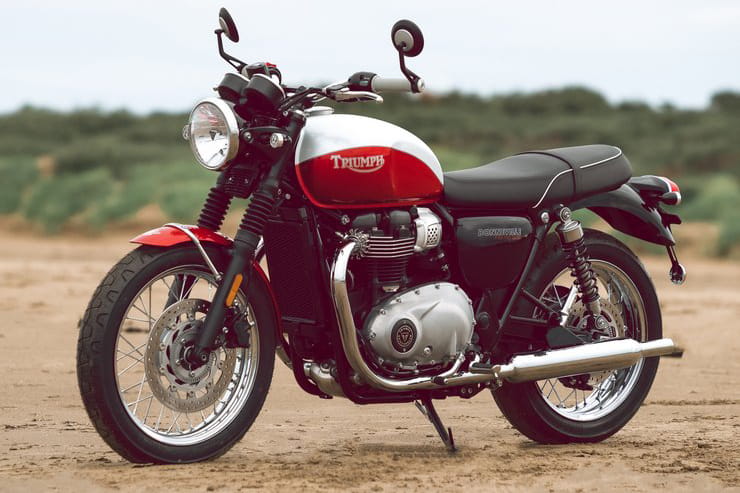