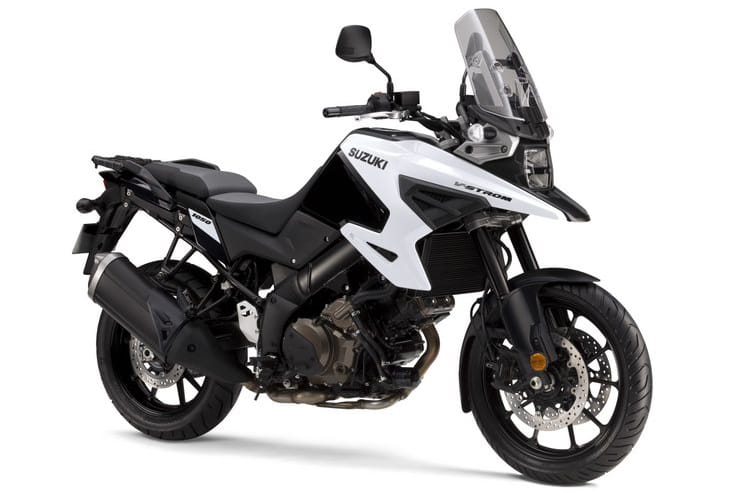 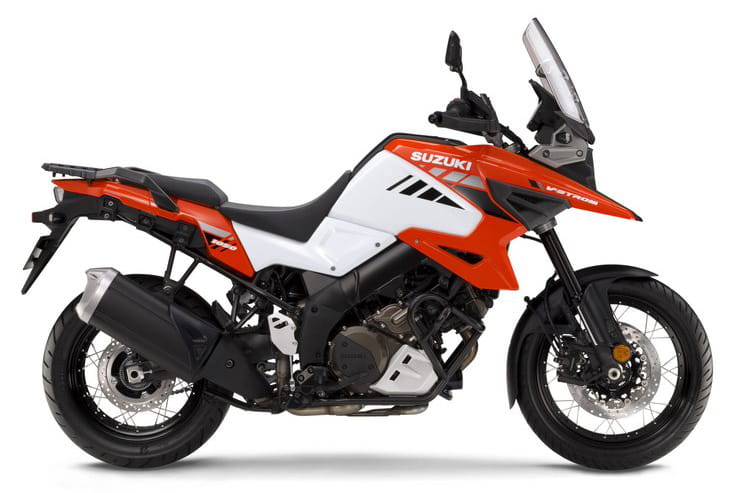 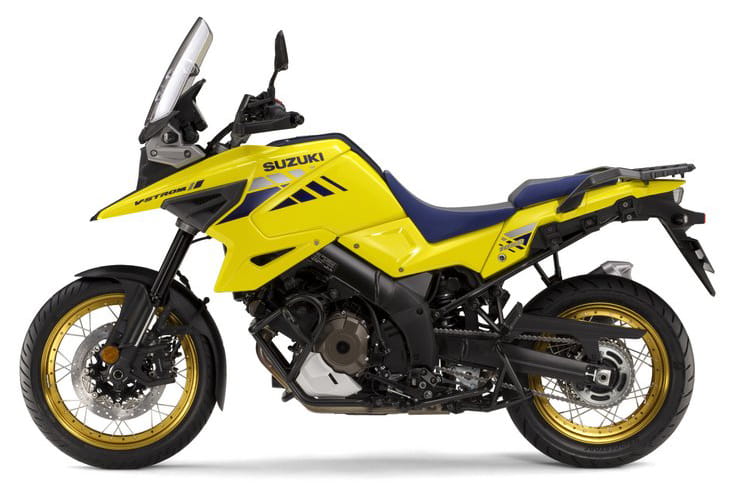 Alongside classic adventure bikes like BMW’s GS and Honda’s Africa Twin another icon from the 1980s Dakar era was Suzuki’s DR Big – and while the firm has stopped short of reviving the name it’s channelling that bike’s spirit for the 2020 V-Strom 1050 and V-Strom 1050XT.

Purists would have been aghast if Suzuki had gone as far as rebranding the V-Strom with the DR Big title; the original was famously a massive single-cylinder machine, so to put its name on a twin might be seen as heresy. So while retaining the familiar V-Strom moniker Suzuki has taken a similar approach to the successful route it used with the latest Katana; slapping a retro-inspired style onto a set of existing, modern underpinnings. 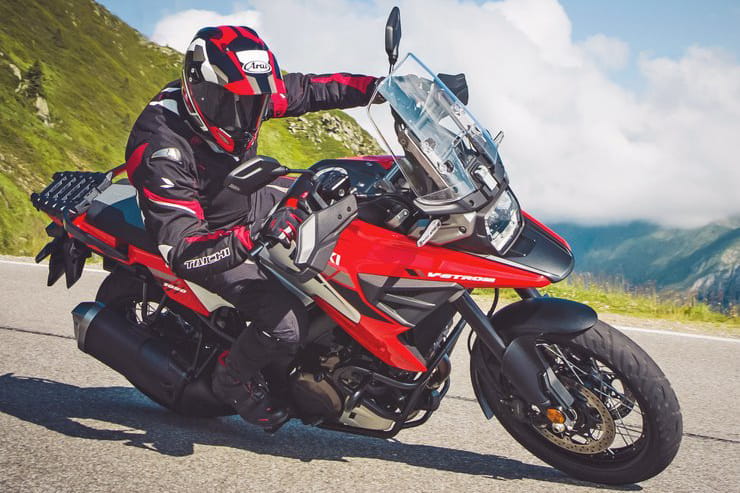 That’s not to say it’s unchanged. For 2020 Suzuki has brought the motor to Euro5 emissions conformity while simultaneously upping power from 100bhp at 8000rpm to 106bhp (107.4PS) at 8500rpm. Torque takes a hit, though, dropping from 74.5lbft to 73.8lbft, and more significantly peaking 2000rpm higher in the rev range at 6000rpm. New cam profiles and a redesigned exhaust are the main changes, along with improved cooling.

While the chassis it’s bolted to is the same as the previous generation of V-Strom 1000, with 43mm KYB forks and a matching rear monoshock, Suzuki has focussed attention on the electronics package. As a result, you now get a new throttle-by-wire system with updated traction control and three drive modes. The higher-spec XT model, distinguished by its wire wheels and brighter paint schemes, also gains a 6-axis IMU to add cornering ABS and traction control, a hill-hold system and a combined braking system that alters its responses depending on a variety of conditions including slopes and load levels. The XTR also gets cruise control as standard, and all versions feature a new LCD instrument pack. 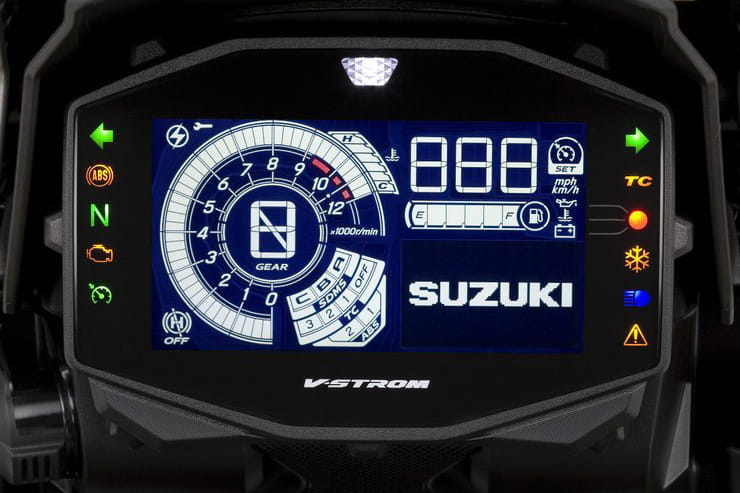 In terms of appearance, it’s clear that the DR Big had a lot of influence on the redesigned bodywork. A neo-retro rectangular LED headlight sits atop a pronounced beak that flows neatly into the bike’s fuel tank section.

The XT model gets an alloy bash plate, hand guards, engine bars and a centre stand, as well as a 12v power socket under the seat to complement the USB port fitted to the instrument cluster on both versions.

A hand-adjustable screen is fitted to the XT, with eleven positions over 50mm of travel, while the base model’s screen can be moved to one of three positions but only with the assistance of tools.

Whether the DR Big-inspired makeover is enough for the V-Strom to replicate the success of the Katana remains to be seen, but it’s clearly an improvement – both aesthetically and technically – over its predecessor even if it’s not an all-new machine.

So what of the more exciting new bikes that Suzuki is known to have in the pipeline, most notably the all-new Hayabusa replacement? At the moment it seems we’ll have to wait yet another year before we see that one.