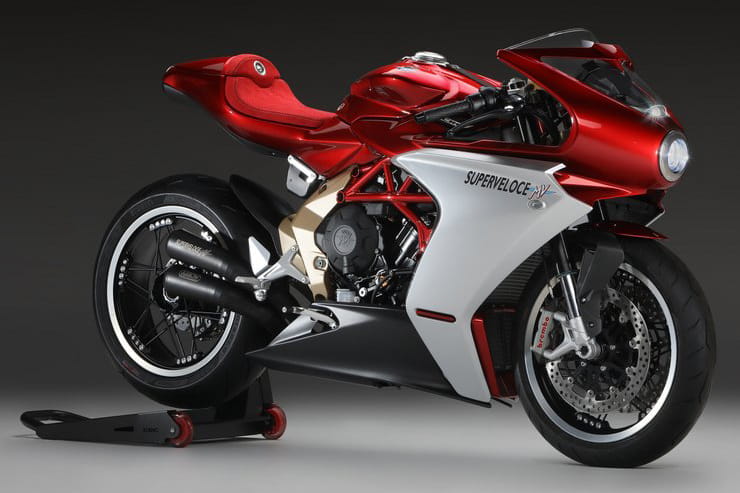 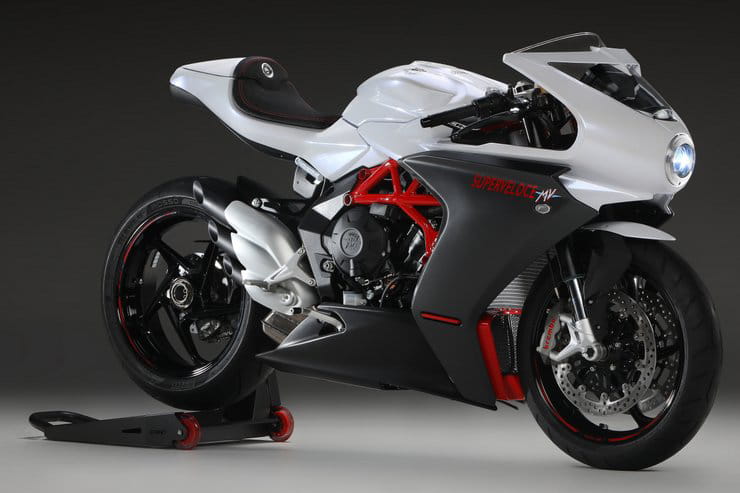 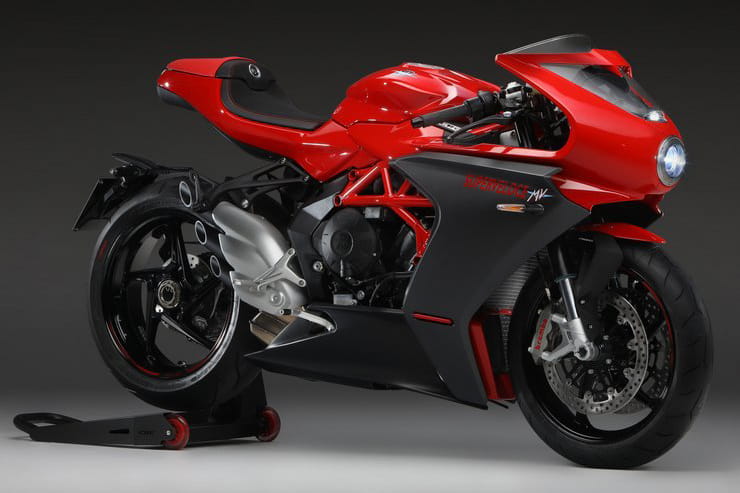 The undoubted style star of last year’s EICMA show in Milan was MV Agusta’s Superveloce concept bike and 12 months on the firm has unveiled the showroom-ready production version. And it’s just as stunning as the concept bike.

In a break from the MV Agusta norm, the firm has simultaneously revealed two versions of the Superveloce. As expected, there’s an uber-expensive, carbon-clad ‘Serie Oro’ (gold series) model that’s almost indistinguishable from last year’s show machine, but there’s also a much more affordable, full-production version of the same bike. Normally we’d be left waiting for a year before the version for the masses appeared. 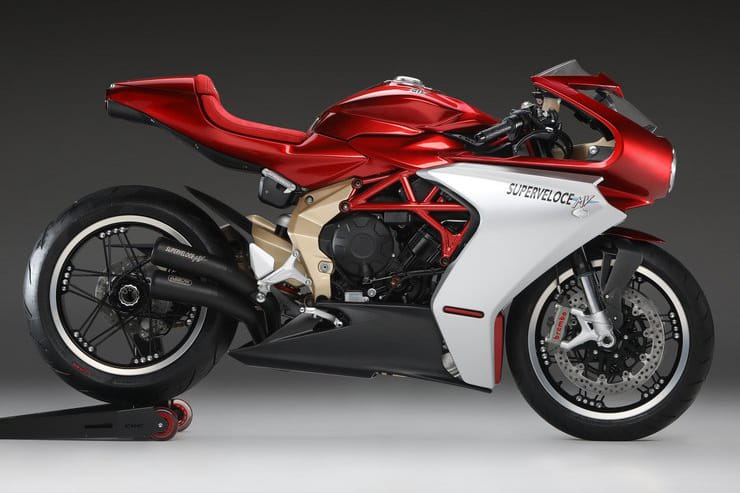 Both bikes are based on the existing F3 800 sports bike, but the addition of a retro-inspired – but thoroughly modern – set of bodywork, penned by MV’s British styling guru Adrian Morton, means it looks even more enticing than the model it’s derived from.

The Serie Oro closely copies last year’s concept. It shares the same wheels, a radical, modern take on wire spoked wheels with 24 thick spokes individually bolted to an alloy rim, and the same silver and red paintwork. It also comes with a track-only Arrow exhaust system that matches the show bike’s design. Only the yellow-tinted screen and headlight of the concept appear to have fallen by the wayside. The Serie Oro uses carbon fibre for the majority of its fairing parts and features an Alcantara seat, a smattering of CNC-machined parts, and a leather tank strap attached to a special fuel cap.

Underneath, the bike is fairly standard F3 800, but with a new subframe to suit the styling and give a more relaxed riding position. Peak power is 153hp at 13,250rpm for the Serie Oro with its race exhaust, while the cheaper base model peaks 250rpm lower at 148hp with the same road-legal system used on the normal F3 800. 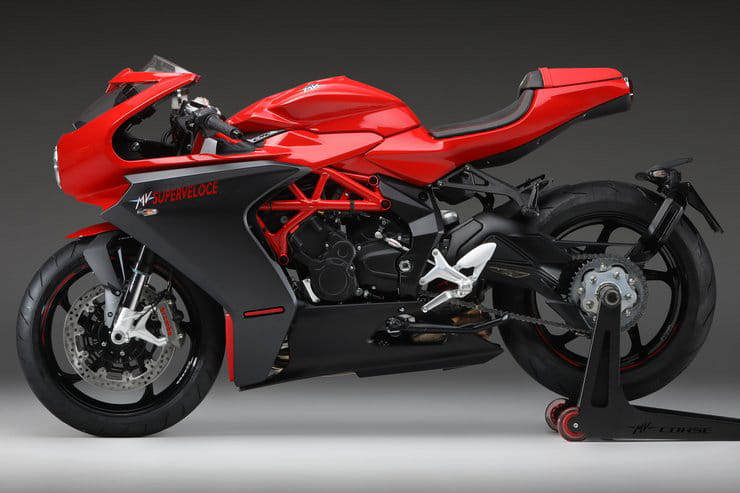 Base-model Superveloce might be cheaper than the Serie Oro, but it’s still a looker

The ‘base’ model of the Superveloce does without the carbon bodywork and those exotic wheels, instead using a plastic fairing and normal F3 alloy wheels. You’ll also have to go without that leather strap and the matching fuel cap – in fact, it has the same tank and cap as the F3.

But you’re still getting full LED lighting and a host of other kit. A 5in TFT display gives information on some high-end electronics including traction control with eight settings, an up/down quick shifter, cruise control and Bluetooth integration that lets you alter bike settings from your phone as well as adding app-based navigation functions to the bike.

Of course, you can get all that on an F3 800, too, but the close relation between the F3 and the Superveloce’s base model means that when prices are finally announced there’s a good chance that the new retro sports model won’t be massively more expensive than the existing F3, either. 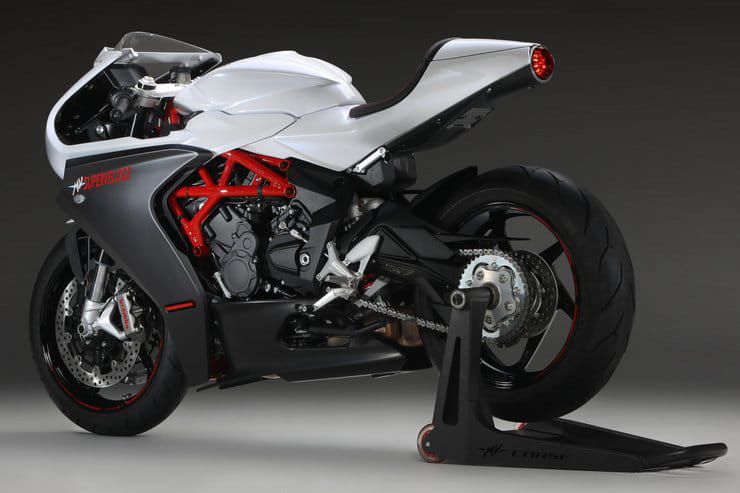