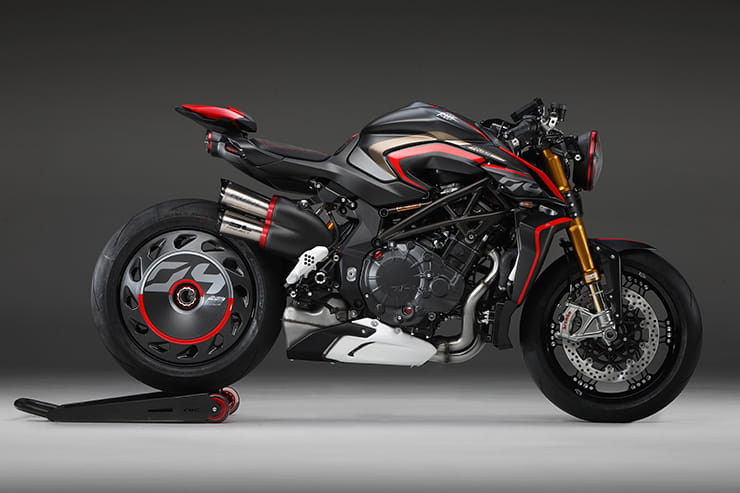 What do we know about the new MV Agusta Rush 1000?

With the 998cc motor from the Brutale 1000 RR, the Rush uses the same eight injector radial valve engine, which sees the valves offset slightly from each other, the stems pushed by angled DOHC lobes.

The headlight is full LED with cornering function and appears to be the JW Speaker 8791, while the rear wheel is forged aluminium with a carbon-fibre cover that’s said to improve aerodynamics, while an up and down quick-shifter is standard.

Suspension is Öhlins semi-active with the option of manual override, while connectivity between the TFT dash and your smartphone allows settings to be adjusted remotely, records of your rides to be downloaded and navigation mirrored from a phone app to the bike’s display.

The price of the MV Agusta Rush 1000 is yet to be announced, and we expect to see changes if it is ever released – it needs a number plate carrier behind the rear wheel for a start... Keep an eye on Bennetts BikeSocial for the first full review if MV takes this beyond a styling exercise. 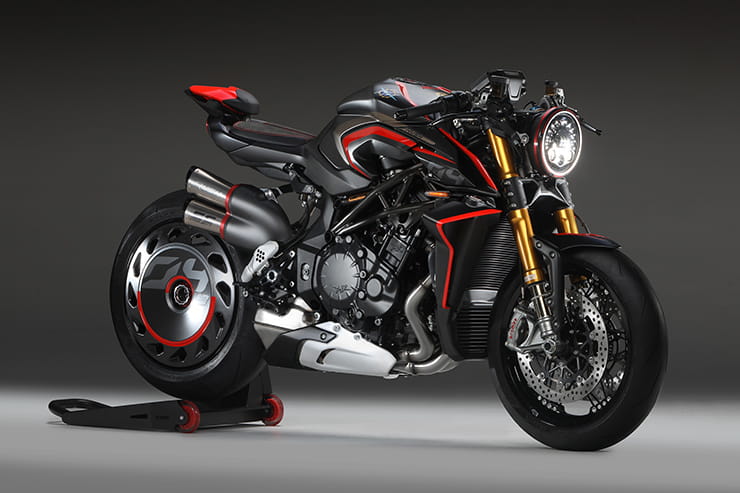 Looking for motorbike insurance? Get a quote for your bike with Bennetts motorcycle insurance