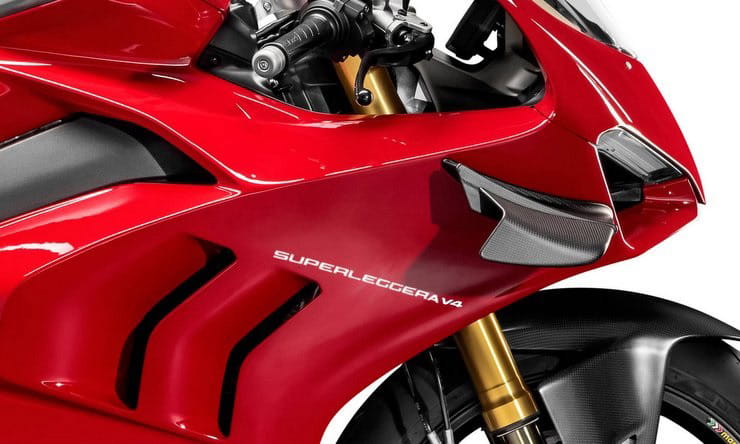 Superleggera – or superlight – has become a Ducati keyword over the last few years after featuring on eye-wateringly expensive, limited-edition versions of the 1199 and 1299 Panigale. Now the firm is preparing to launch the Superleggera V4 with a specification and price that easily exceeds even the Panigale V4R.

You can thank World Superbike racing for the Superleggera’s existence, not because it’s destined to race in that series but because the current rules prevent Ducati from competing with a bike that costs more than €40,000 (it costs £34,995 in the UK). That means the homologation-special Panigale V4R can’t be the out-and-out technology demonstrator that Ducati wants as its top-of-the-range model, or that its customers are prepared to pay for. Bear in mind that the old 1299 Superleggera cost £72,000 – more than twice as much as the V4R – and Ducati had no problem selling every one of them. 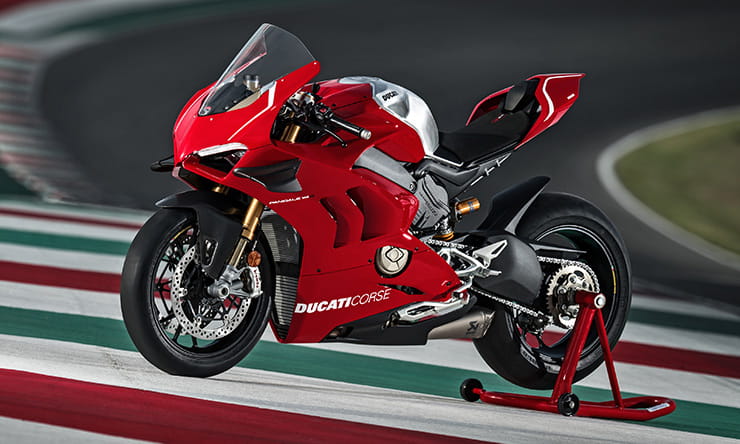 Although Ducati hasn’t officially announced the Superleggera V4 yet, we’ve got our hands on the bike’s European type-approval documents. As well as proving its existence they give an insight into the specification that well-heeled Ducati customers can expect from the new top-of-the-range model when it goes on sale next year.

The former is the bike’s peak power, arriving at 15,250rpm. That’s 2.7kW (3.6bhp or 3.7PS) more than the firm’s Panigale V4R achieves, and the Superleggera does it using the same 998cc V4 engine as V4R rather than adopting the larger, torquier 1103cc unit that’s used in cheaper Panigales V4s. We know that the Superleggera features a new, all-titanium exhaust system, and that pipe may well be one of the reasons for the mild power increase over the V4R.

Of course, there will inevitably be a ‘track only’ exhaust and ECU setting that unleashes even more power. On the Panigale V4, Ducati claims its optional Akrapovic race system boosts power to 174kW (234bhp) and the Superleggera will be capable of at least that much as well once it’s freed of road-going noise and emissions restrictions. 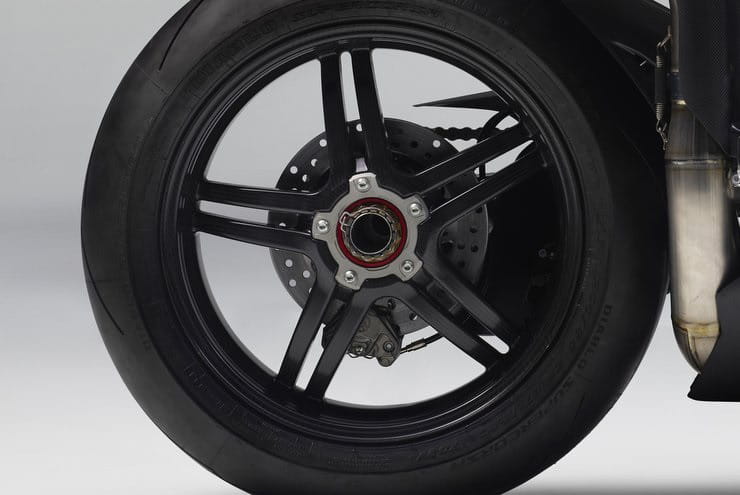 Above: Carbon wheels similar to the BSTs on the 1299 Superleggera (above) are expected

The second important number is the bike’s weight. The type-approved figure of 173kg can’t be compared directly to the weights that the firm claims for its other models, as for type-approval it’s measured as the lowest possible ‘ready-to-ride’ mass, presumably with minimal fuel aboard but all the fluids needed to make the bike run. In comparison, Ducati’s official specs quote ‘dry’ weights – effectively meaningless as they don’t include water, fuel or oil – and ‘kerb’ mass that usually includes a fixed amount of fuel.

However we can see how much lighter the Superleggera is by comparing its figure to the type-approved weight of Ducati’s other models. For instance, while Ducati claims that the Panigale V4R has a ‘dry’ weight of 172kg and a ‘kerb’ weight of 193kg, the same bike’s type-approved minimum mass is 184kg. That means the Superleggera is around 11kg lighter than the V4R – so we can expect a ‘dry’ weight claim of around 161kg and a kerb figure of about 182kg when it’s officially launched. 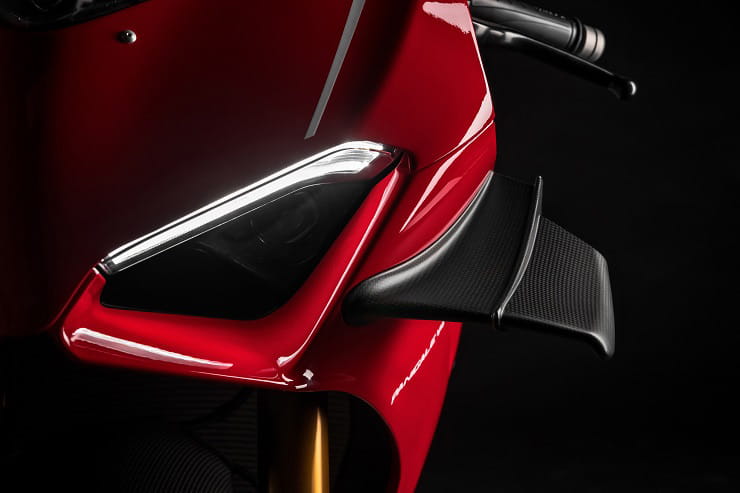 Above: Winglets are guaranteed, but they might be bigger than the V4R’s examples (above)

Other specs on the Superleggera show that it’s slightly larger in all directions than the other Panigale models. It’s a few millimetres longer, wider and taller, with a fractionally extended wheelbase compared to the Panigale V4R it’s based on.

We’re not expecting the Superleggera to feature a full carbon-fibre frame or swingarm like the 1299 Superleggera, and spy shots earlier this year suggested it has much the same Ohlins suspension as the V4R, as well as the same Brembo brakes. It does, however, used carbon-fibre wheels that will help cut weight and, more importantly, reduce both the unspring and rotating masses. Losing unsprung weight is a huge gain when it comes to handling and cutting rotating mass will improve both acceleration and braking. It’s likely that the lower weight of the carbon wheels has led Ducati to tweak the geometry to increase the wheelbase and add stability.

While the wheelbase increase also explains the bike’s increased length, the fact that the Superleggera is also taller and wider hints at body changes. A taller screen and some wider winglets, perhaps?

Spy pictures earlier this year also suggested that the Superleggera will have a carbon fibre seat subframe, and be a pure single-seater with no pillion option, which could account for a significant chunk of weight saving.

Since the bike has already been type-approved, it won’t be long before Ducati officially reveals the Superleggera; expect to see some real pictures and details within weeks.
Recommended articles