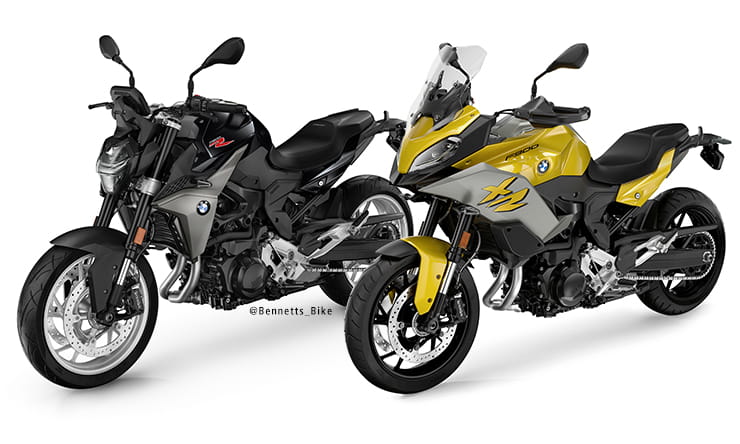 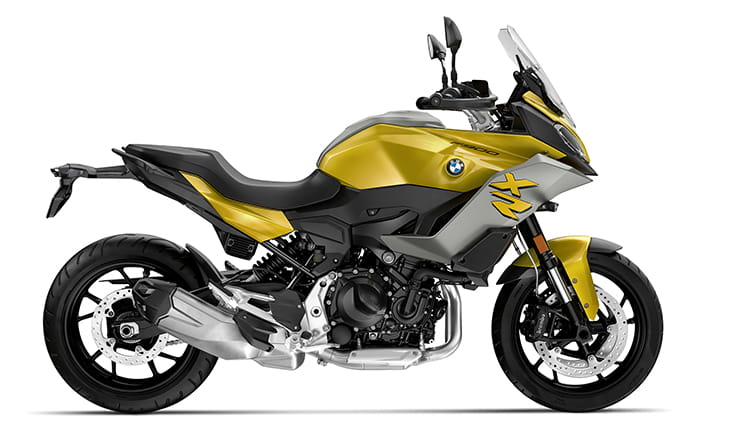 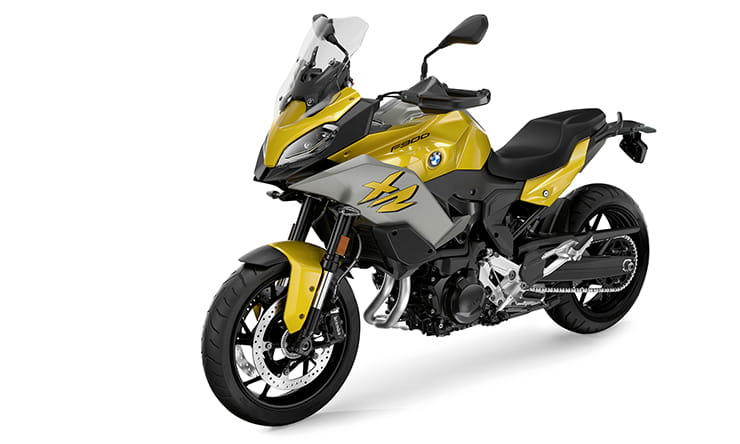 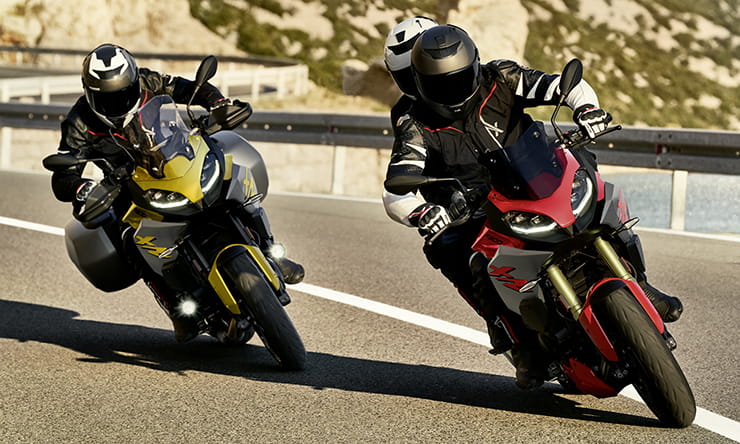 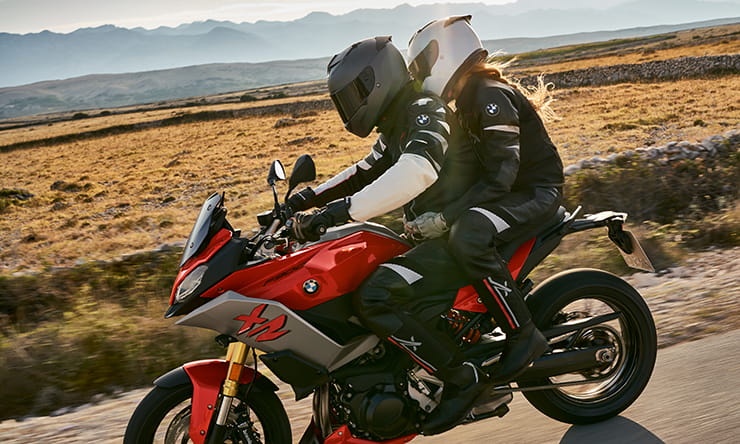 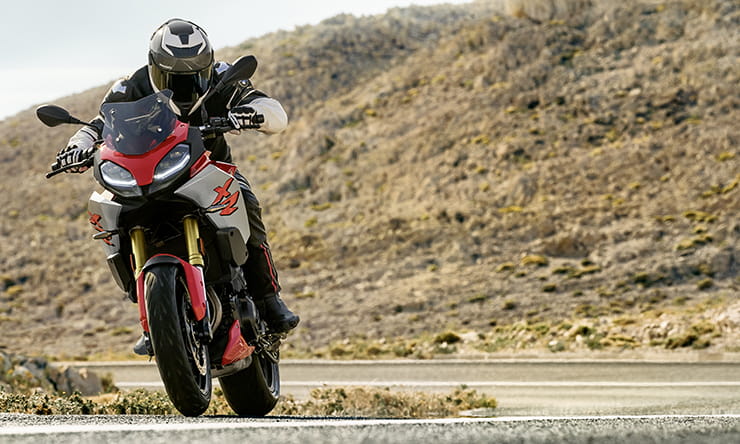 The new BMW F900 XR shares the steel bridge frame and parallel-twin motor of the F900 R – weighing 219kg, it’s only 7kg lighter than its big brother the S1000 XR, but the 825mm seat height is 15mm lower, making it a more accessible bike for shorter riders. Yet it still has a healthy maximum total weight of 438kg, so could be a good choice for touring riders with 219kg payload capacity (including passengers). Suspension travel is 170mm at the front and 172mm at the rear – that’s 10 and 12mm more than the S1000 XR.

The F900 XR has a 15.5 litre plastic tank, which at a claimed 67mpg should give a range of up to 229 miles. The steel main frame is the same as that seen on the GS models in the F series, though that fuel tank is now in front of the rider, so the sub-frame has been redesigned.

The front brakes are a pair of 320mm discs bitten by four-piston radial Brembo calipers that look very similar to the ones on the outgoing S1000 XR (the new machine has BMW-branded stoppers).

Automatic Stability Control and ABS are standard, while an optional Riding Modes Pro gives cornering ABS and traction control, as well as Dynamic and Dynamic Pro riding modes, plus Dynamic Brake Control (to limit throttle input while braking) and MSR, which is engine drag control that works alongside the anti-hop clutch to reduce the chance of the rear wheel slipping in hard acceleration or aggressive down-changes.

Dynamic Electronic Suspension Adjustment will be an optional extra, as will ‘Headlight Pro’, which adds adaptive cornering functionality to the LED headlight. The 6.5” TFT screen is standard. 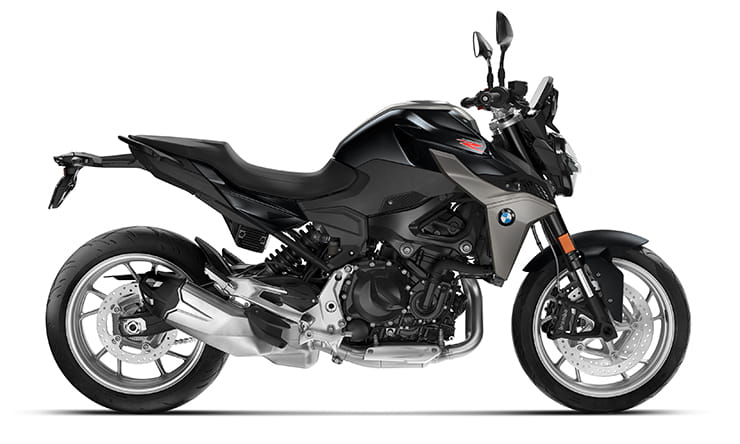 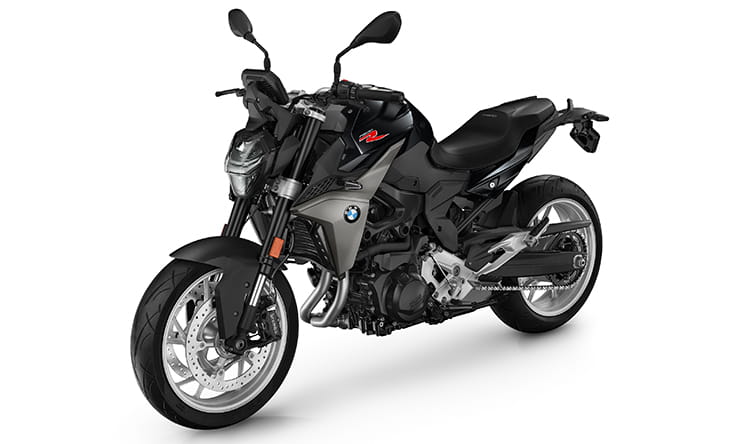 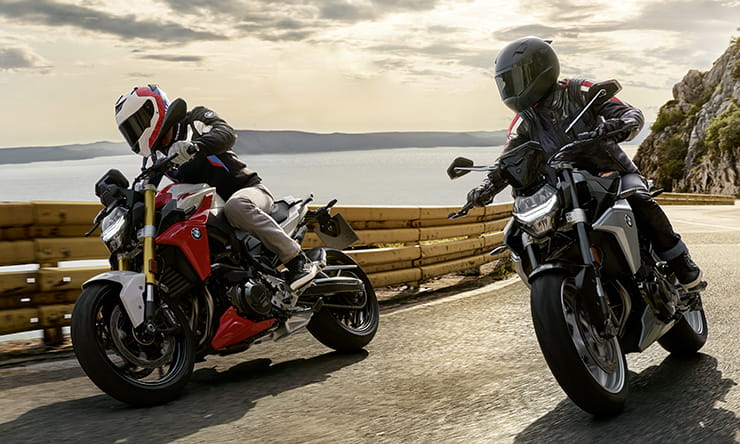 What’s the difference with the BMW F900 R?

Based on the same platform as the F900 XR, the BMW F900 R is expected to feel quite different to ride. While engine performance is the same, the seat is 10mm lower and the suspension travel is 135mm at the front and 142mm at the rear.

We’ll have to wait until we review the two bikes for a final verdict, but if they’re priced competitively, these could have the potential to shake up the mid-range market. 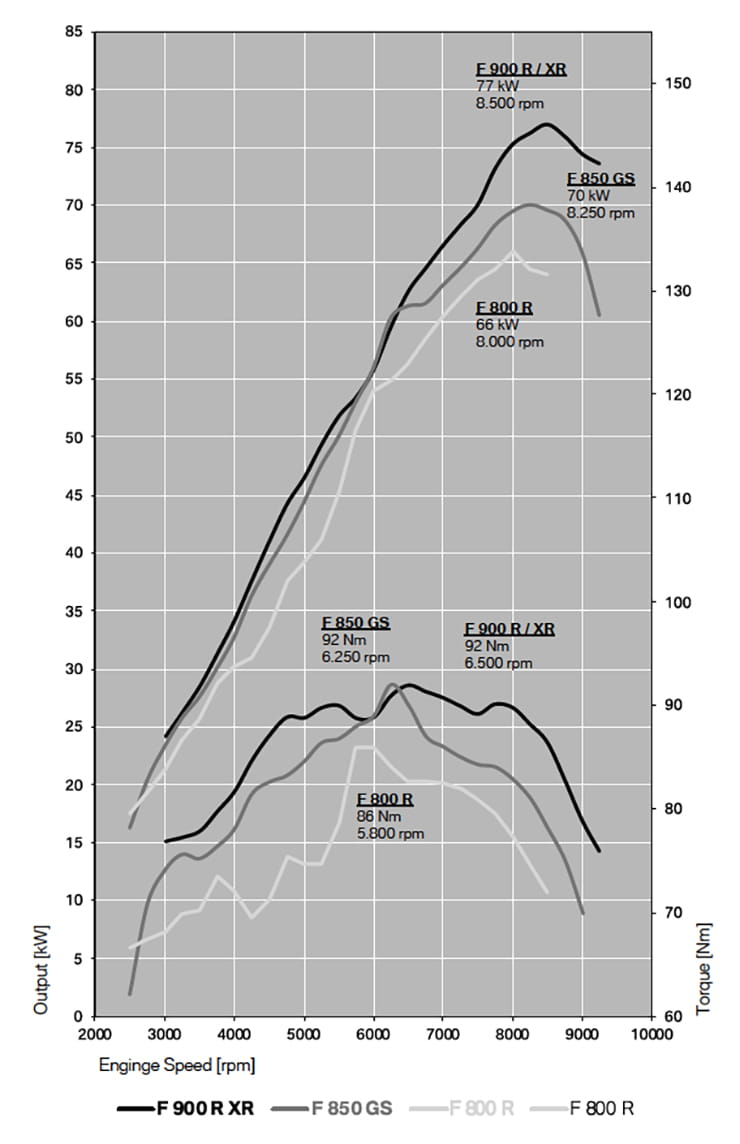