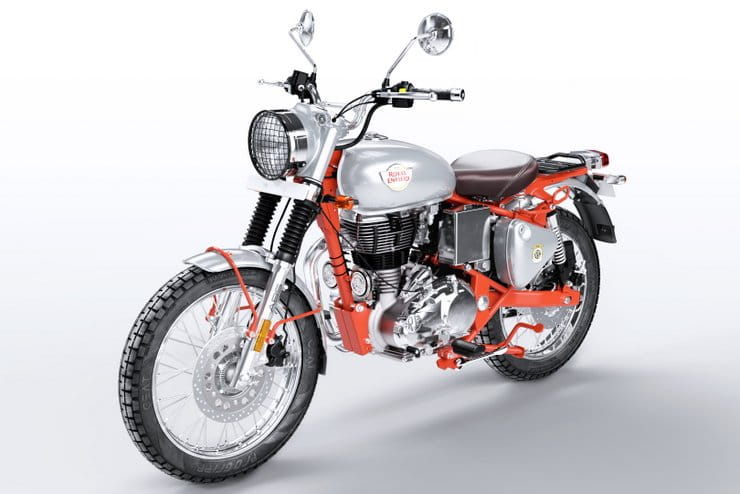 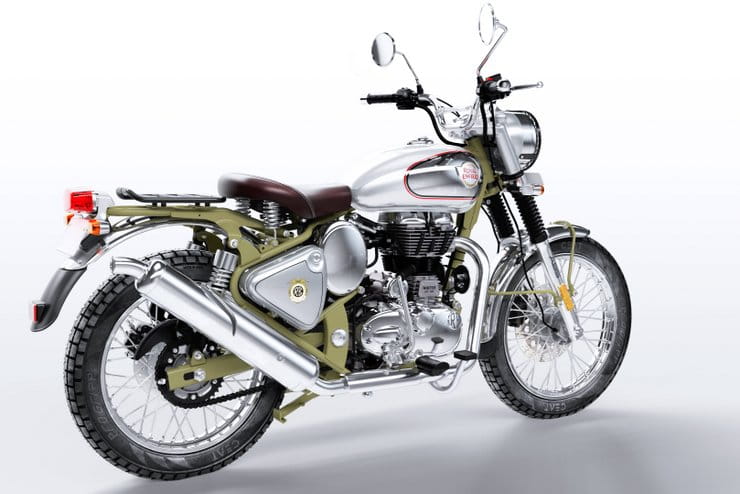 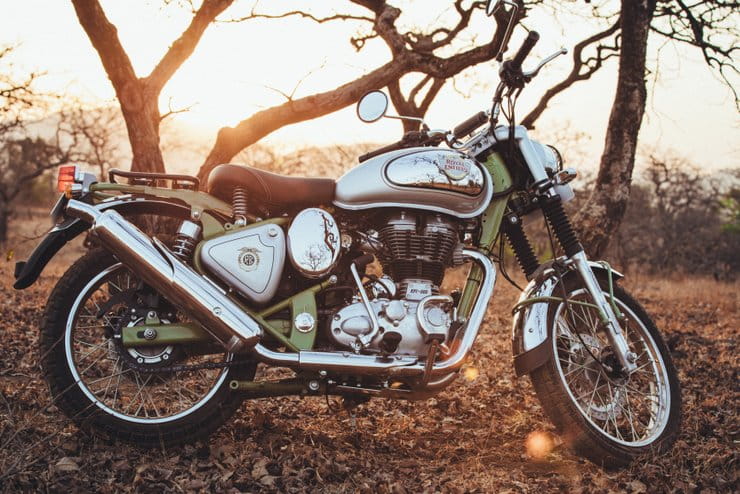 During the immediate pre- and post-war eras and right into the 1960s the Royal Enfield brand was synonymous with success in gruelling trials events – and with the new Bullet Trials 500 the firm is casting an eye back to those glory days.

There’s no question that retro scramblers are seeing a revival at the moment. You only need to cast an eye over most major manufacturers’ ranges to see at least one such bike – the BMW R NineT Scrambler, Triumph Scrambler 1200 and various Ducati Scramblers to mention just a few – but they’re all modern pastiches when compared to the Bullet Trials.

Royal Enfield’s Bullet single is the coelacanth of motorcycles; a living fossil from a distant past that has somehow survived into the present. It’s been dragged into the modern era with 21st century – or at least late 20th century – with equipment including fuel injection and ABS over the last few years, but Royal Enfield has never been a firm that’s rushed to jump on the latest bandwagon. The Bullet persisted with a four-speed gearbox and an upside-down, right-hand gearchange until 2004! But retro bikes are a growing market these days and the old-school elements of Royal Enfield designs that drew scoffs a few years ago can now be classed as ‘authentic’ rather than outdated. 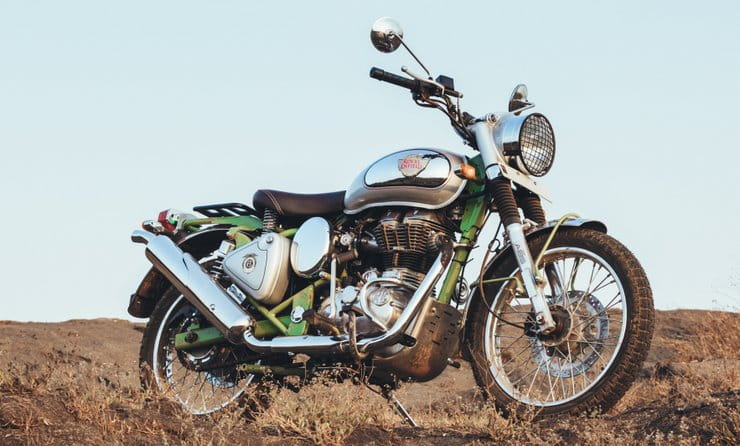 The styling and chassis are similar to the existing Classic model, but the 19in front and 18in rear wheels are shod with block-tread rubber to emphasise the scrambler look, the exhaust is pitched upwards to improve ground clearance and the mudguards are much skimpier affairs. The single seat is similar to the Classic’s, but an additional rear subframe carries a luggage rack. Up front the bars are relatively high and cross-braced and the forks are fitted with rubber gaiters.

Mark Wells, the British designer who’s Royal Enfield’s Global Head of Product Strategy and Industrial Design, said: “Royal Enfield has had a long and proud history of building resilient and enduring motorcycles, the Bullet has been the most enduring of them all. The Bullet Trials motorcycle ridden by Johnny Brttain is unforgettable and a reminder of the machine’s prowess over challenging terrains and its trials pedigree. The Bullet Trials 2019 motorcycle is inspired by Johnny Brittain’s trials motorcycle that won more than 50 championships between 1948 - 1965 and it is also a fitting tribute to our seminal design and engineering expertise that introduced the swingarm for the first time in 1949 with the Bullet. I am confident that this motorcycle will be received well amongst Royal Enfield enthusiasts.”

As well as the Bullet Trials, Royal Enfield announced five accessories specifically for the bike – an engine guard, a headlight grill, a number board, a sump guard and a handlebar brace pad – to bring the total number of accessories for the Bullet range to more than 30.

Prices haven’t been announced at the time of writing, but with all the current derivatives of the Bullet 500 sitting in the £4000-£5000 range it’s sure to be in the same ballpark when it goes on sale in the UK in August. 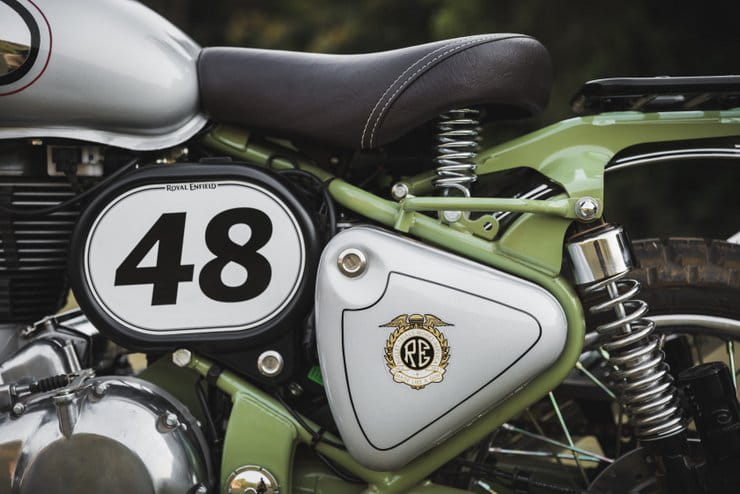