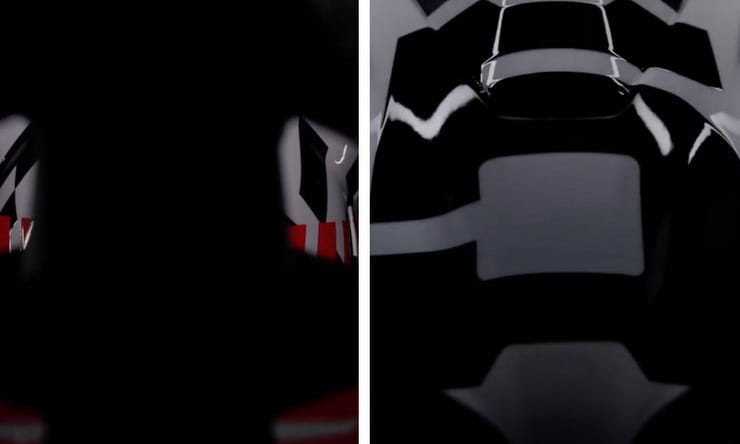 Ducati will give us our first look at the V4 Streetfighter in race-ready guise when the firm begins to practise for this year’s Pikes Peak International Hillclimb at the end of next week.

The firm’s teaser for the new bike has appeared on Instagram, and while it doesn’t show us much there are clues that the Pikes Peak machine is going to quite simply created by pulling the fairing off a Panigale V4 and bolting on a set of wide, flat bars. Pikes Peaks rules ban clip-ons, insisting that one-piece handlebars are used, but other than that the ‘Exhibition Powersport’ class that Ducati will race in hasn’t got many restrictions.

The Instagram teaser shows us the bike’s nose, with the number ‘5’ clearly visible. That’s the number of Pikes Peak record breaker Carlin Dunne, and this year’s entry list for the event says he’s going to be racing a “2019 Ducati Pikes Peak Prototypo”. In the past, Dunne’s successes have largely come on Multistradas, but Ducati has been spied testing a naked V4 already and that’s the bike he’s set to use this year.

The only other shot on the Instagram teaser shows the bike directly from the rear and appears to confirm it has the same seat unit as the Panigale V4 – you can see straight through the huge aerodynamic holes in the tail, giving a view of the fuel tank in a chequered white, red and black paint scheme.

The bike will make its public debut next Thursday (June 13), the day before tyre testing starts for the motorcycle classes at this year’s Pikes Peak International Hillclimb. The race itself is on June 30.

Although Ducati might not officially confirm that the prototype is next year’s Streetfighter V4 at Pikes Peak, the Instagram teaser hints at it already. The single line of text reads “the gloves come off at Pikes Peak” to give a none-to-subtle nod to fact that Dunne’s prototype is the upcoming production Streetfighter. 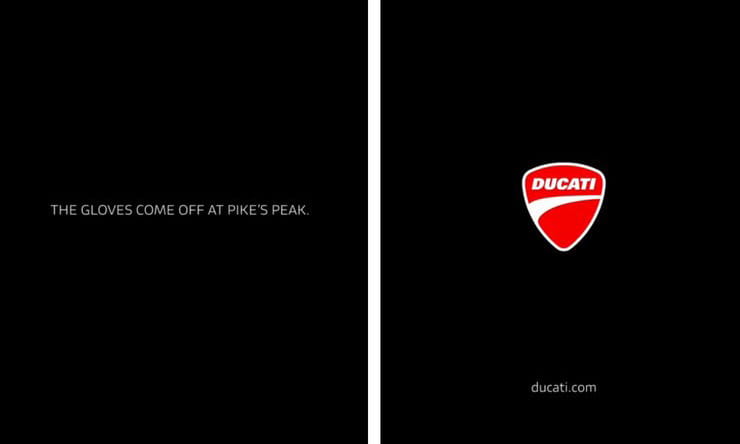