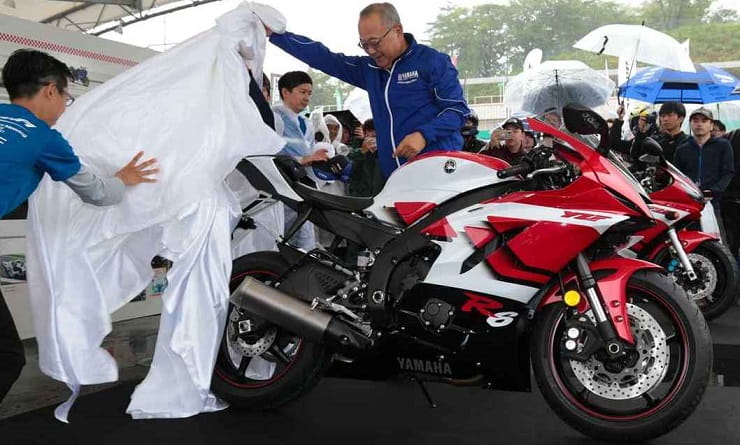 Yamaha has taken the wraps off a special YZF-R6 to mark the model’s 20th anniversary at the ‘YZF-R Owners Meeting’ at Sugo in Japan.

There isn’t a lot of information about the bike at the moment, so we can’t be sure whether it’s purely a one-off, but it seems likely that at least a limited number of the anniversary models will be produced and sold in Japan. It remains to be seen whether the firm will celebrate the R6’s anniversary worldwide.

The YZF-R6 first appeared at shows in 1998 as a 1999 model offering a sportier alternative to the dominant 600 of the era, Honda’s CBR600F. With its alloy beam frame and a claimed 120bhp at 13,000rpm to become the first production bike with 200bhp per litre, it featured the shortest wheelbase in its class and styling that mirrored the look of the YZF-R1 that had become a sensation a year earlier. Its power combined with a dry weight of just 169kg meant it was immediately at the top of its class.

Two decades on, the current R6 claims less power – 117hp at 14,500rpm – and weighs 190kg, albeit including fluids. However, the latest numbers are probably more realistic than the ones Yamaha touted twenty years ago, as the new bike is sure to be the quicker, better handling machine.

The anniversary model is purely a paint job, replicating the white, red and black scheme of the first-generation 1999 model, but it’s definitely more eye-catching than any of the other 2019 colour options.