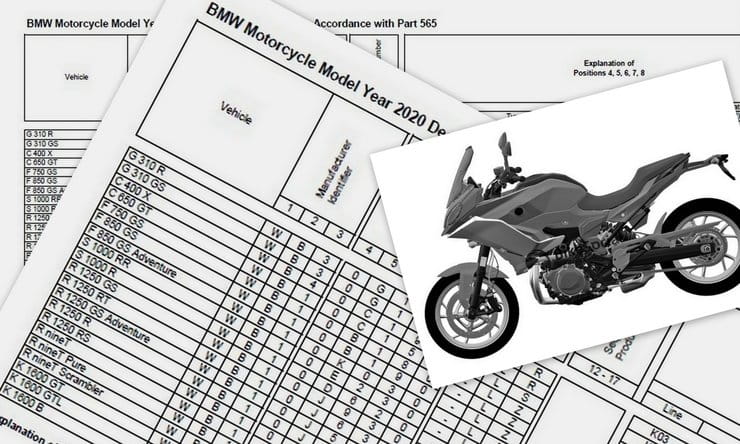 An initial list of BMW’s 2020 motorcycle models has been published by the US National Highway Traffic Administration and it gives a few clues as to the new bikes that the firm might launch later this year.

While the list only includes the existing motorcycle models that are set to remain in the firm’s 2020 range without major changes, by looking at the models that have been omitted we get an idea where the changes are coming.

The most notable omission of all is the hugely successful S1000 XR. Given that it’s been a sales success for BMW it’s unimaginable that the firm is dropping it. Since this year has seen the launch of the all-new S1000 RR complete with its ShiftCam variable valve timing and lift, the chances are that BMW’s 2020 range will include a heavily revamped S1000 XR using the same ShiftCam engine. Given the new engine’s improved emissions and performance, and the popularity of the XR, putting the two together is a no-brainer.

In fact it’s surprising to see that the existing ‘K47’ generation of the naked S1000 R isn’t getting changed for 2020. The bike is among the carry-over models listed on the NHTSA document that will go into next year’s showrooms without major revisions. No doubt it’s also due to get the ShiftCam engine, but it appears that we’ll have to wait for 2021 for that to happen.

Two old workhorses that are being taken out and shot are the F800 GT tourer and the naked F800 R. That comes as no surprise, as it’s been a couple of years since the all-new F850GS appeared, sporting a completely revamped chassis and engine design. We already know that BMW’s Concept 9Cento – effectively a scaled-down take on the XR idea – is set to join the 2020 range, probably as the F850 XR (although some are convinced it will be called the F850 GT). Is a naked F850 R also on the cards? We haven’t seen any spy shots or concepts yet, but it’s conceivable.

Harder to explain is the disappearance of the R nineT Urban G/S from the list published in the USA. While its sister models, the R nineT, Pure and Scrambler, remain, the Urban G/S – a more recent addition to the range – is missing. Is an update planned? Possibly, but it’s also possible that its omission from the American 2020 line-up at this stage is due to specific needs or conditions in the US market.

The C650 Sport and C Evolution scooters are similarly absent from the 2020 model list, but given the lack of interest in scooters in America it might be unwise to leap to the conclusion that they’re set to change. It’s quite possible that their disappearance is specific to the US market, although it’s not hard to imagine that BMW – which is showing an ever-increasing interest in electric bikes – has plans to improve the C Evolution.