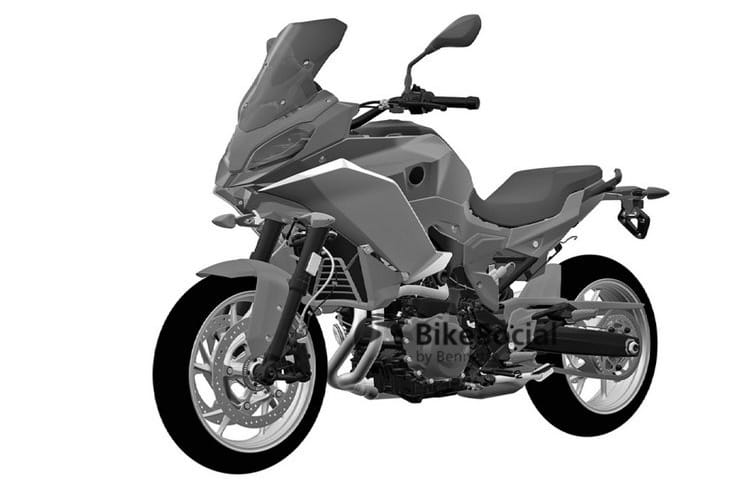 There’s never been any doubt that BMW’s clean-sheet 2018 F850GS would eventually lead to a completely revamped F-series range and now the next entry in that line-up has been unofficially revealed thanks to design patents that show the upcoming F850XR.

While we can’t be certain about the name – there’s a school of thought that says it will be called F850RS instead – virtually every other detail of the bike is revealed in these images, which appeared via Brazil’s patent office where BMW has filed the designs. Given the bike’s tall stance and vestigial front ‘beak’ show a clear link to the S1000XR’s style, and there’s far less resemblance to the R1250RS, our money’s on the new F850 getting the XR tag.

But nomenclature aside, what can we glean from these high-resolution design renders? 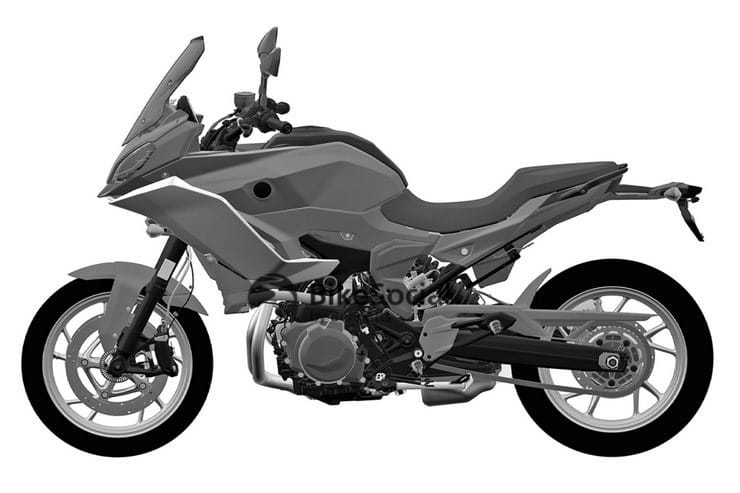 BMW F850XR shares the same engine and chassis as the F850GS

From the side view it’s clear that a vast number of the F850XR’s components are taken straight from the F850GS that was launched in late 2017.

Despite the familiar ‘F’ name and the parallel twin layout, there’s nothing shared with the age-old F800 range; the 853cc engine was all-new for the F850GS and its mis-named F750GS sibling (both bikes actually share the same capacity). The transmission is also new, with the drive chain on the opposite side to the old bike, and the chassis is entirely unlike any of the old F800 models.

Despite its appearance, the frame is actually steel rather than aluminium. Pressed steel panels are welded together to form the main frame structure, and the only significant alloy bits are the at the swingarm pivot area, where the footrest hangers are mounted. On the F850GS, BMW argued that steel was a superior material than aluminium, offering a modicum of flexibility in off-road use that could crack brittle aluminium parts. For the XR that argument is moot, but there’s clearly a huge cost saving to be had in sharing the existing GS’s components wherever possible. The swingarm is also straight from the GS. Combined, all these shared parts suggest we can’t expect the XR to be significantly lighter than its sibling. The F850GS weighs in at 229kg including a full 15-litre tank of fuel, and we’d expect the F850XR to be in the same ballpark.

Up front we can see upside-down forks with aggressive-looking radial-mount calipers to emphasise the sporting nature of the F850XR. But like the S1000XR, the riding position is actually much more upright and comfort-oriented than you might expect from a sports-tourer, with very wide bars and low-mounted footpegs to give plenty of space to stretch out. 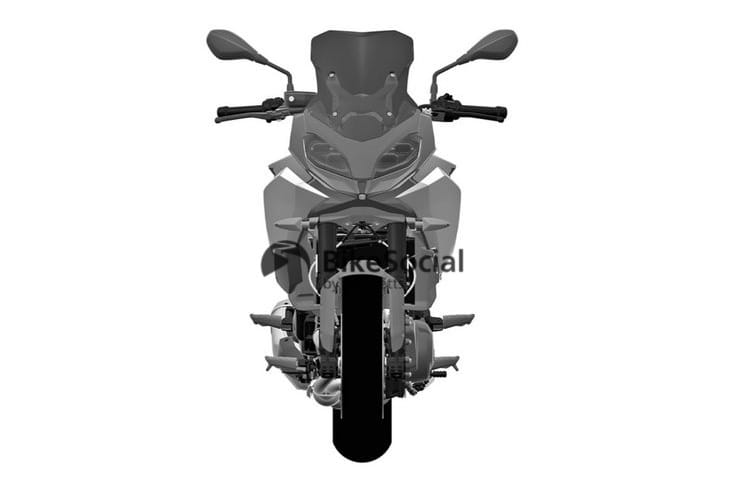 While the 9Cento is a fraction sharper-nosed and featured a much lighter-looking tail end with an impractical pillion seat and an unusual shark fin on the rear hugger, there’s no question that the F850XR’s style comes from the same preliminary sketches.

The twin headlights, thankfully symmetrical this time, grace an angular nose topped with what appears to be an adjustable screen. At either side there are distinctive floating radiator cowl panels designed to appear as though they’re not connected to the rest of the bike – these parts in particular look like they could have been taken straight from the 9Cento.

The tank is conventionally placed, unlike earlier F800 models with their under-seat tanks, and merges into the nose fairing with the tall, wide bars emerging through a hole behind the clocks. Which, incidentally, are borrowed directly from the F850GS.

A much more comfortable, practical seat unit graces the rear of the production bike, although it still manages to look fairly short, with a long, extended hanger for the number plate and rear lights to bring them into a legal position (EU type approval demands the bodywork must extend behind the rear edge of the back tyre.) The exhaust, which exited ahead of the rear wheel on the 9Cento, is longer on the production bike, but still not too intrusive. 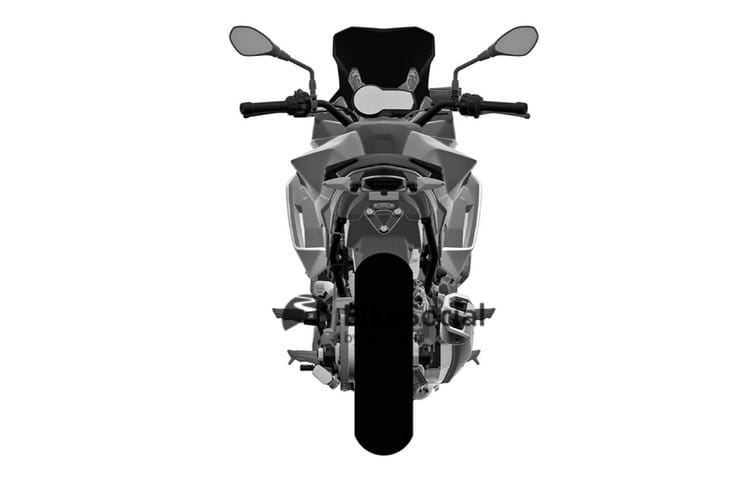 While we clearly can’t tell the precise specification from pictures alone, there’s no indication that BMW has altered the capacity or tune, and if that’s the case we can expect the same performance, with 95hp at 8250rpm and 92Nm at 6250rpm.

The Concept 9Cento’s name suggested it might be 900cc (cento meaning ‘hundred’), but would BMW really bother with the expense of reworked cylinders and pistons, or a longer-stroke crankshaft, merely to gain an additional 47cc? It seems unlikely. However, that doesn’t mean the XR won’t carry a ‘900’ name instead of the ‘850’ title. If BMW has managed to squeeze any more power from the motor it might opt to do exactly that. After all, the firm has a track record of playing fast and loose with seemingly capacity-related names – the current F750GS is actually 853cc, just like the F850GS, but bears the ‘750’ name to indicate its less powerful state of tune. So if this bike does eventually get the F900XR name rather than the 850 tag, there’s a good chance that it will still be 853cc but with a new state of tune to push power somewhere fractionally north of 100hp.

On its cars, BMW’s names no longer bear any relation to actual cylinder capacities, instead simply reflecting their performance level. Where a ‘540i’ used to be a 4.0 litre 5-series model, it’s now a 3.0 litre. And a 530i, instead of being a 3.0 litre, has a 2.0 litre engine. If BMW is opting to carry over the same thinking to its bikes then we’re in for a confusing time…

We’ll find out whether BMW is playing that game later this year when the XR (or RS, if BMW opts to use that title instead) gets its official unveiling prior to entering showrooms some time in 2020.