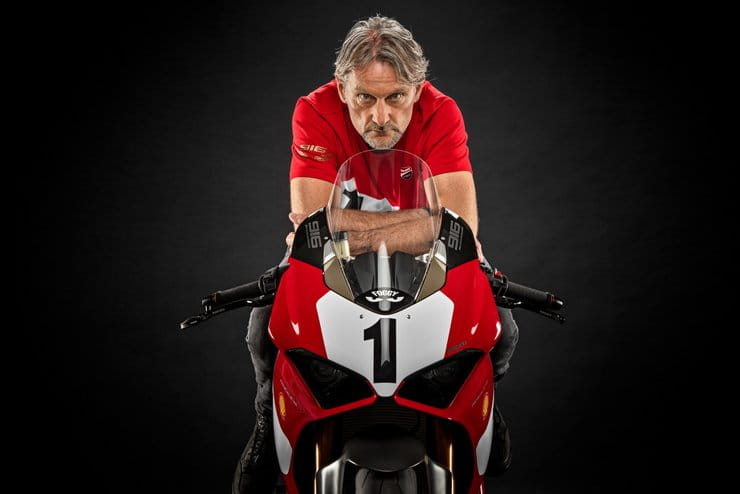 Four-time WSB champ Carl Fogarty will pull the covers off Ducati’s new Panigale V4 25° Anniversario 916 on Friday at the start of the Laguna Seca round of the championship.

The new bike, based on the higher-spec ‘S’ version of the Panigale V4 and complete with Ohlins electronic suspension, will be limited to just 500 examples and harks back to the WSB version of the 916, proudly wearing white number boards on the nose and sides, each bearing the number 1, earned six times in WSB by the 916 and its derivatives during the bike’s racing life from 1994 to 2001. A ‘916 Anniversario’ logo is emblazoned on either side of the upper fairing and Shell logos on the side of the fairing conjure images of the firm’s 90s racers. It’s not clear whether the trademarked ‘Foggy’ eyes on the screen will be on all the bikes or simply on the launch version unveiled by the former Ducati star.

While the 916 was first shown in 1993, production didn’t start until the following year, so 2019 marks its quarter-century.

After the bike is given its full unveiling at Pebble Beach, California, on Friday 12th July, Ducati’s anniversary celebrations are to continue through the WSB weekend with Alvaro Bautista and Chaz Davies’ race bikes wearing the same retro-style livery.

Want to win an original 1995 Ducati 916 Biposto? We're offering the chance to do just that. You just need to get a quote for classic bike insurance before the end of this year to be entered into the draw. More details here. 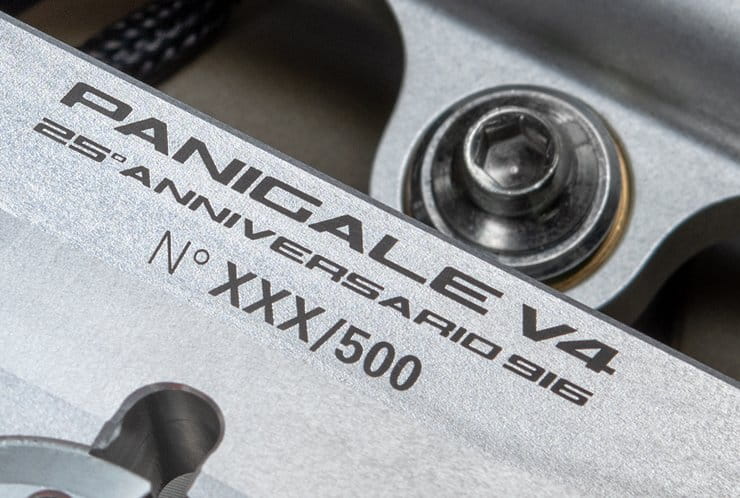