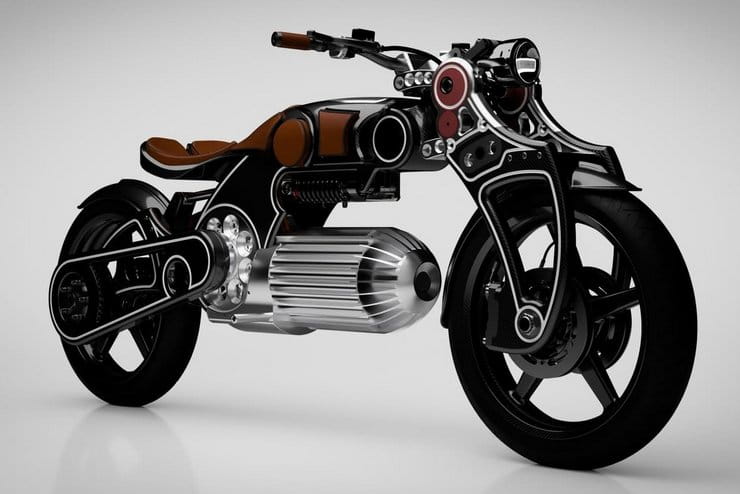 Last week we brought you patent images of a new Curtiss electric bike that looked like earlier design sketches of the firm’s proposed, cheaper Ares model. Now Curtiss has officially announced the bike and it turns out that it’s actually called Hades and will be just as expensive as the $75,000 Zeus that shares the same motor and battery.

That price might come as a disappointment, but Curtiss’s plan has always been to fund its initial growth with small numbers of super-expensive machines before expanding production and lowering prices over the next few years. In its original ‘Vision 2020’ document, Curtiss said it would launch the Hades (albeit with rather different styling) in 2019. Originally the Zeus was supposed to be $60,000 and the Hades $45,000, but if there are buyers prepared to pay $75,000 then it makes sense for the firm to push them to that figure.

Spec-wise, the Hades shares the Zeus’s 217hp electric motor and batteries adding up to 16.8kWh and 399 volts. As usual on an electric bike, torque is massive; a claimed 147lbft. However, where the Zeus arranges its batteries into a V8 shape in tribute to Glenn Curtiss’s 1907 record-setting land-speed bike, the Hades packs them into a mass that looks like a huge, forward-facing single cylinder.

Clever touches include girder forks and a swingarm that are actually identical components, an idea that designer JT Nesbitt tried before on the Bienville Legacy.

While few of us are going to be lining up to drop the equivalent of £60,000 on an electric cruiser, Curtiss – in its previous, petrol-powered form as Confederate – has a strong record of attracting Hollywood A-listers who do have that sort of coin. In the past we’ve seen the likes of Tom Cruise and Brad Pitt riding the firm’s bikes, and that’s the sort of publicity that other motorcycle firms can only dream of.

And if those millionaires are happy to prop up Curtiss’s planned expansion then eventually founder Matt Chambers’ intention to develop cheaper, more mass-market electric bikes could come to fruition. According to the company’s longer-term plan, by 2023 or 2024 the proposed Hercules, Medusa, Dionysus and Poseidon models, all costing around $15,000, will be in production. 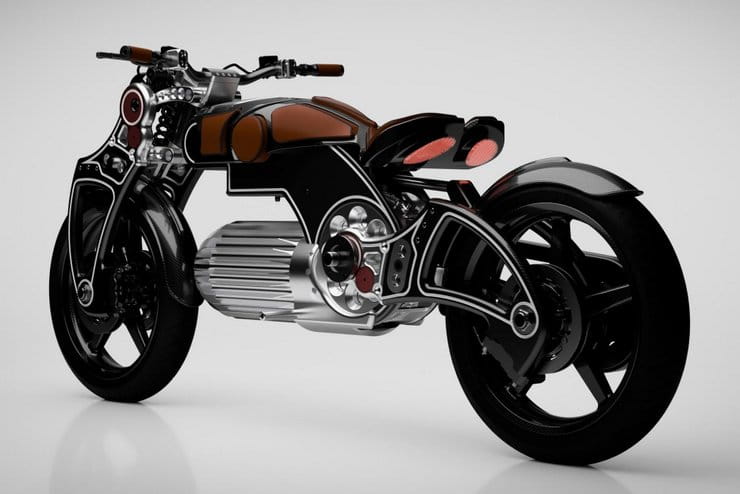