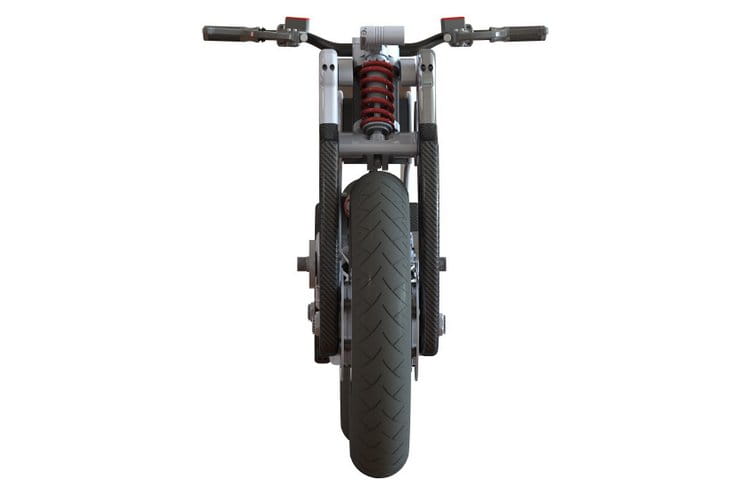 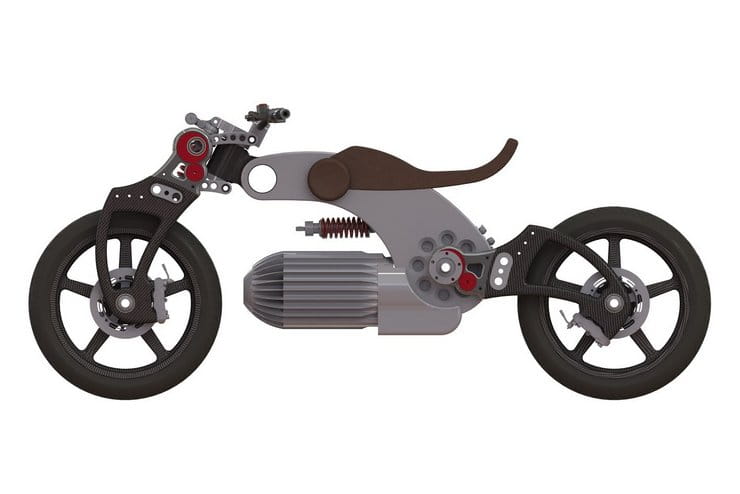 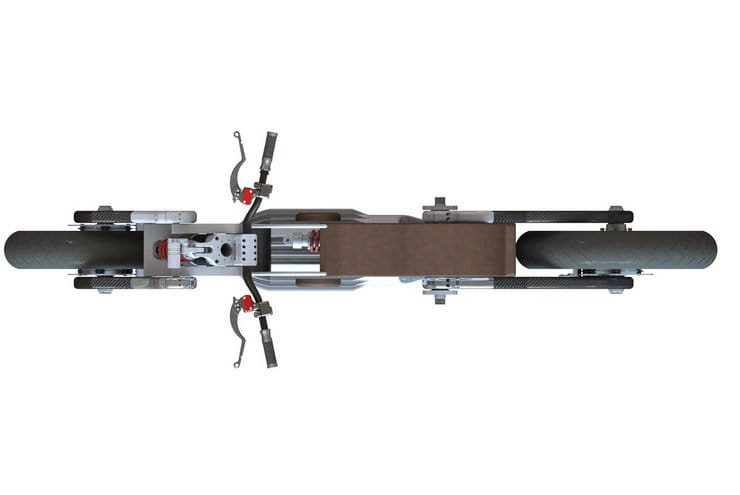 The Curtiss Motorcycle Co is the phoenix that rose from the ashes of Confederate when founder Matt Chambers decided to ditch the massive V-twins that powered all his previous bikes in favour of an all-electric range. Its initial offering – the Zeus (below) – is a spectacular brute with a list price of $75,000 but the firm’s longer-range plan is to launch much more affordable electric models. This design, recently published by the European Union Intellectual Property Office, could be the first of them.

Curtiss recently unveiled a completely redesigned Zeus, modelling its battery pack to mimic the V8 engine that powered Glenn Curtiss’s 1907 land speed record-setting machine. It’s taking orders for the machine from 25th July this year with production planned for early 2020 but unless you’ve got $75k to spare it’s not the bike for you. However, Curtiss’s plan for the future includes much cheaper models; in last year's ‘Vision 2020’ investment document the firm published plans for bikes ranging down to $15,000 by 2023.

While that document contained various sketches for future models, the new patent is a step closer to a production model. It appears closest to the sketch of the firm’s planned ‘Ares’, a mid-range bike due to carry a $22,500 price tag in 2022. However, it’s worth noting that the redesigned Zeus shown earlier this year shows that the firm’s plan has changed since that document was released. Back then the idea was to use electric components from Zero, but the redesigned Zeus uses kit developed by British firm YASA, claiming an impressive 217hp and 200Nm of torque.

Looking at the new Curtiss shown in the patent pictures (above), there’s some clever design on show. Notable are elements like the carbon-fibre girder forks and swingarm which are identical components, as are the front and rear brakes, presumably saving cost. That’s actually a design idea that former Confederate designer JT Nesbitt used on the exotic Motus V4-powered Bienville Legacy. The wheels also appear to be carbon and identical at both ends.

The design is clearly still a long way from being a viable production machine – there are no lights, instruments or mirrors, for instance – but it gives an insight into what sort of machine we might see from Curtiss in the future. 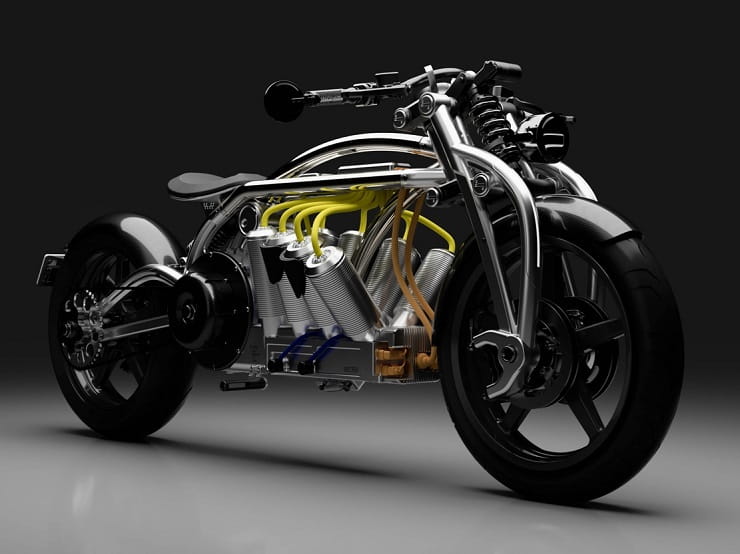