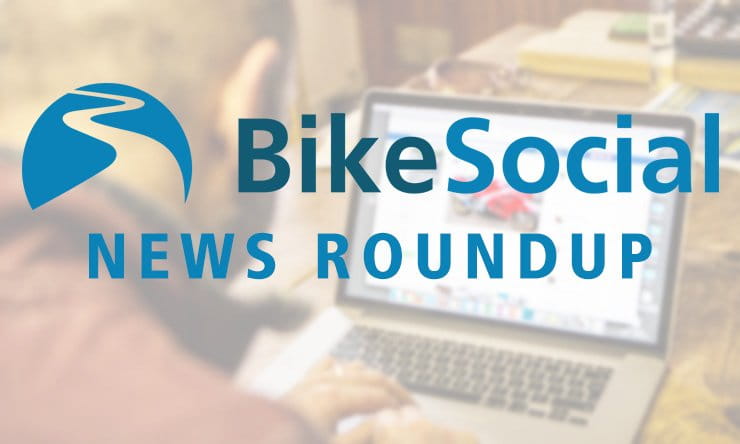 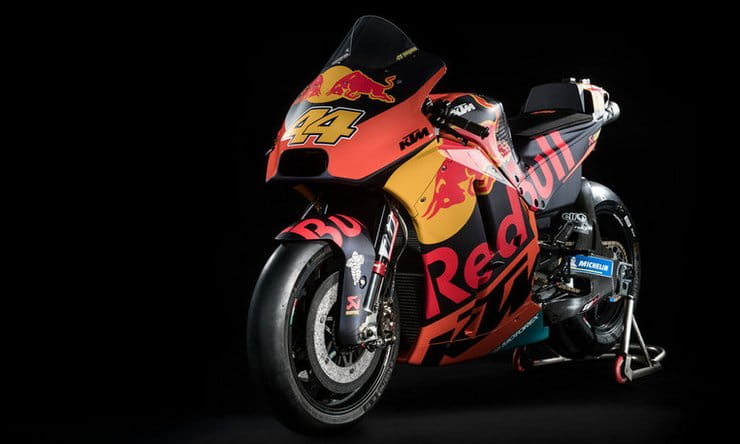 1: Own a MotoGP bike

Ever since the MotoGP series went four-stroke there have been various attempts – some more successful than others – at offering customer versions of MotoGP machines. But however fabulous a Honda RC213V-S or Ducati Desmosedici RR might be, they’re still not quite the real thing.

This is, though.  KTM is selling off two genuine RC16 MotoGP machines now that the 2018 season has come to a close, giving a couple of lucky – and rich – customers the chance to ride something that only a handful of professional racers have experienced before.

The firm hasn’t given details of the exact history of the machines it’s selling. Given the fact that race bikes are stripped and rebuilt on a regular basis, it’s probably near impossible to pinpoint precisely which races particular components have appeared in.

As well as their bike, the two buyers will get a full set of Pol Espargaro’s race kit, including a signed helmet, plus a set of Red Bull KTM team clothing. They will also be made part of the Red Bull KTM Factory Team at the race weekend of their choice next year, meeting riders Esparago and Johann Zarco, with access to the Red Bull Energy Station and a tour of the paddock and pits.

Act fast and you can probably get the deal tied up as a nice little Christmas present to yourself. Potential buyers are asked to email rc16@ktm.com for more information.

KTM has been promising to release a track-only production bike derived from the RC16 MotoGP machine for quite some time, but there's still no sign of that machine at the moment and even when it does appear, it won't have the real racing pedigree of the two examples on offer now. 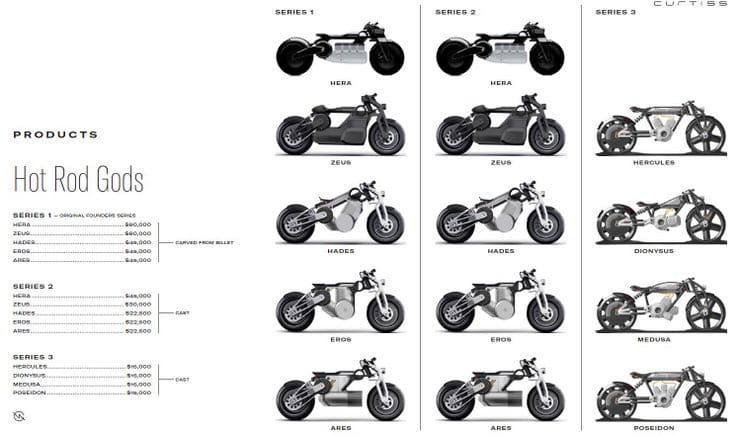 Earlier this year Curtiss showed off the prototype Zeus electric bike that it plans to be selling in 2019 but now the firm has fleshed out its plans as part of an effort to get crowdfunded backing – revealing images and details of a nine-model range including some surprisingly affordable machines.

As you’d expect from a company that started life as Confederate Motorcycles, selling exotic, handmade custom bikes to the Hollywood set, the initial Curtiss machines will be extremely expensive. The Zeus is set to cost $60,000, while the even wilder Hera model, designed to hark back to the Curtiss V8 and also due on sale in 2019, is going to be $90,000. A third bike, Hades, will be the entry-level 2019 model at $45,000, with a reveal planned for May next year.

Those bikes are all considered ‘Founders Edition’ machines, with no more than 180 made and their main components machined from billet aluminium.

Finally, in 2023 and 2024, Curtiss is planning to launch four $15,000 models that will bring it into relatively mass-market contention. These bikes – the 2023 Hercules and Medusa and 2024’s Dionysus and Poseidon – are shown, along with the rest of the planned range, in documents intended to tempt funders to invest.

You can see the plans and read about how the funding works here. 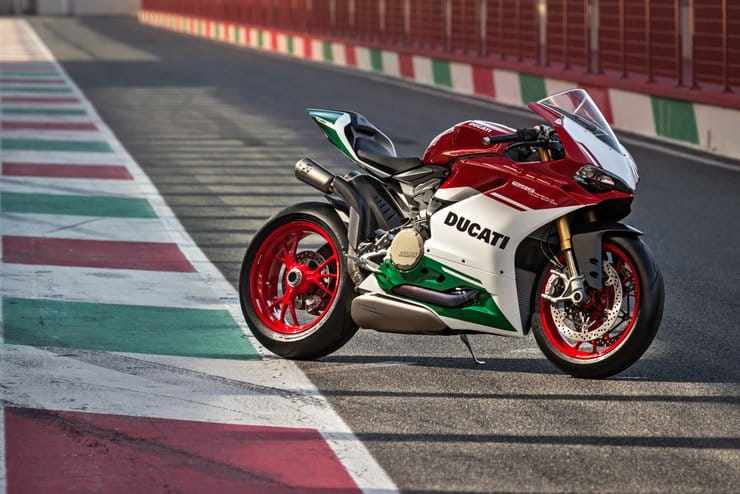 Like the endless ‘last’ tours of various aging rock bands Ducati’s 1299 Panigale R Final Edition was launched without a definite end date well over a year ago. But now the end really is nigh with the news that the last of them have been made and are on their way to Ducati Stores now.

Although Ducati didn’t initially limit the FE’s production, it’s finally settled on making 1299 of them to match the model’s name.

Not only is it the last of the 1299 Panigale line, but it’s the last top-line, WSB-style V-twin superbike from Ducati, or any other bike firm for that matter. Next year will see an all-four-cylinder line-up both on WSB grids and in superbike shootouts.

At £34,995, the FE costs the same as the newly-launched Panigale V4 R, and with 209bhp it’s not that far behind on peak power, thanks to an engine spec that’s shared with the £70k, all-carbon 1299 Superleggera.

Here’s Ducati’s press release about the end of the 1299 line:

The last chance to own a piece of motorcycling history. The very last exclusive 1299 Panigale R Final Editions are, in fact, now being delivered to Ducati Stores. The Final Edition is a truly special bike that pays homage to an engine that has made Ducati history and written some of the most thrilling chapters of the World Superbike Championship. That's why only 1,299 such bikes (a limited, numbered edition) have been built. Every bike is delivered with a certificate of authenticity that makes this exclusive Superbike - a milestone among the Bologna-built twin-cylinders - even more valuable.

This gem offers unparalleled technology, performance and design. Each 1299 Panigale R Final Edition is a Euro 4 compliant road bike. An offshoot of the 1299 Superleggera engine, the Final Edition Superquadro packs a 209 hp* punch at 11,000 rpm and a torque of 14.5 kgm at 9,000 rpm. It features a lighter crankshaft with a larger crank pin and tungsten balancing pads, while the con-rods, like the intake-exhaust valves, are made of titanium. As on Superbike engines, the two 116 mm diameter pistons have just two segments and slide on steel cylinder liners.

Co-developed with Ducati Corse, the ultra-compact monocoque structure incorporates the airbox and plays a pivotal role in limiting the dry weight of the 1299 Panigale R Final Edition to just 179 kg. The chassis set-up features mechanical Öhlins suspension and a headstock rake of 24°.

Equally sophisticated and light is the complete all-titanium Akrapovič exhaust with high dual silencer (Euro 4 compliant), exactly like the one on the Panigale R that has just ended its participation in the World Superbike championship. 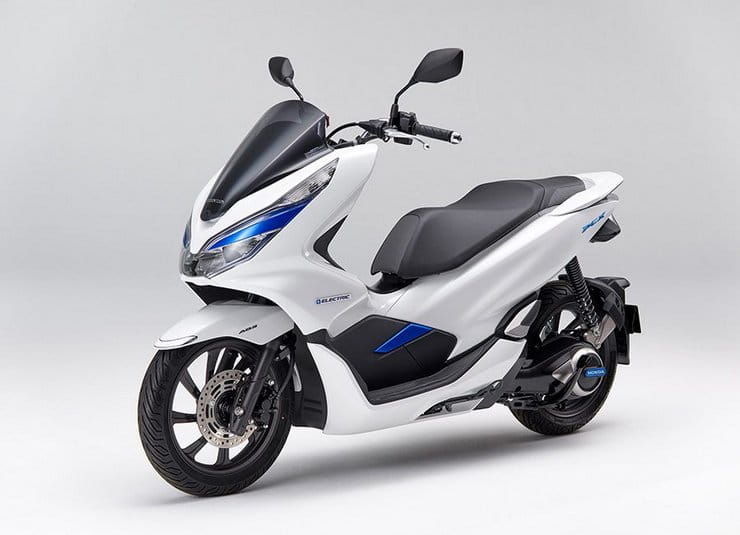 Honda’s tentative step into the electric bike market has begun with the firm’s PCX Electric being available for lease in Japan from today (30 November 2018).

Although not revolutionary in itself, the PCX Electric’s real interest comes from its standardised, swappable batteries. Honda’s plan is to make these ‘Honda Mobile Power Packs’ into units that could eventually be used in a range of vehicles and other electric devises. The PCX Electric uses two of them, slotted under the seat, to give a 25 mile range.

As well as being able to extend that range by swapping the batteries for fresh ones, the removable system means that you can charge the batteries indoors rather than needing to leave the scooter itself plugged in on the street.

As well as leasing the bikes in South East Asia, Honda is going to set up a bike sharing service around the machines in Tokyo. By leasing rather than selling them, the firm will be able to gather data that will help it better understand the needs of electric bike users. 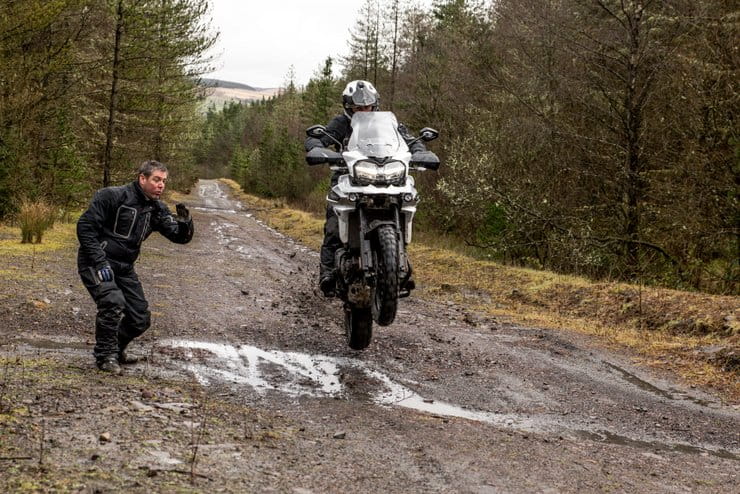 If you’re part of the ever-growing band of riders jumping on the adventure bike trend there’s no doubt you’ll get vastly more from it with some real adventure riding training.

That’s exactly what Triumph’s Adventure Experience offers from its South Wales base, and its 2019 dates have just been announced.

You can find more details, choose dates and book the courses here.