As new Foggy Petronas FP1 up for auction 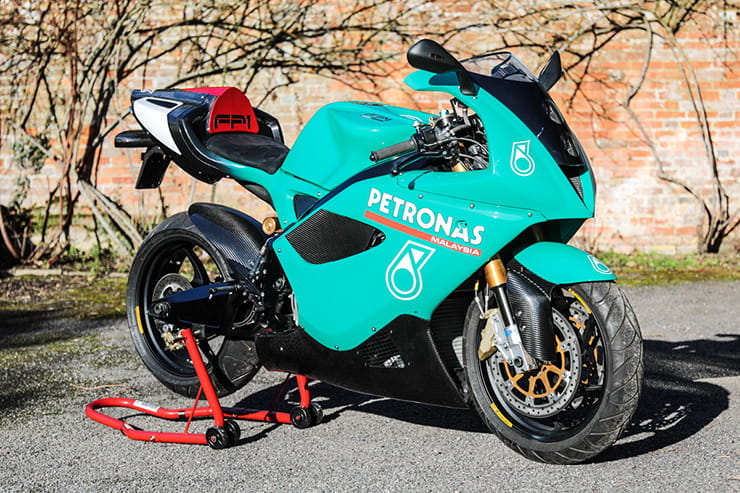 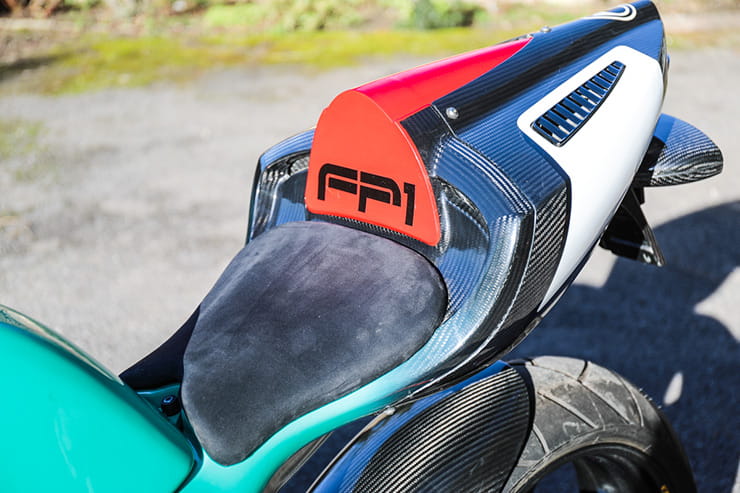 One of the rarest superbikes ever built will be available at auction for the first time ever at the end of the month. A Foggy Petronas FP1 with just 7km on the clock is expected to achieve £30-35,000 when it goes under the hammer on 23rd February courtesy of Silverstone Auctions at the Race Retro Classic Car Sale held at Stoneleigh Park, Coventry.

Back in 2002, just 150 examples were built with 50 used for racing and 100 for public sale as part of a joint venture between four-times World Superbike champion, Carl Fogarty, and Malaysian oil and gas giants, Petronas. This example is one of the 100 road-going versions that were required to be built to allow the team to go racing according to homologation rules and came with some of the finest components available in the day. Öhlins suspension, Brembo brakes and OZ Racing wheels, all wrapped up in distinctive mint green, carbon fibre bodywork.

The three-cylinder FP1 road bike that mirrored the race version was manufactured for Petronas by Essex-based engineering firm, MSX International, and was built around a Suter Racing 899.5cc four-stroke, in-line triple engine that produced 127.4 hp @ 10,000rpm and 67.9 ft-lbs of torque @ 9,7000rpm. The 900cc triple was developed specifically to comply with WSBK regulations at the time but before the FP1 had got to the grid in 2003, the class capacity had been increased to 1000cc, therefore making the Foggy Petronas machine out of date already.

While Foggy ran the team, riders including Troy Corser, Chris Walker and James Haydon couldn’t bring the victories and the team only managed three podiums between 2003 - 2006. Walker took the first one with a third-place finish at Valencia in 2004 while Corser took two pole positions and a second-place finish in San Marino. It was a season dominated by Ducati after all the Japanese manufacturers had pulled out in retaliation to the FIM introducing a rule requiring all bikes to run on Pirelli tyres. 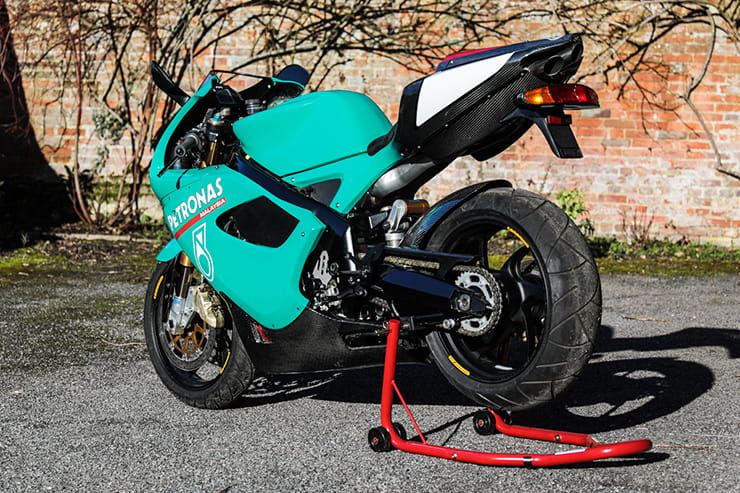 This example was originally bought by a company who planned to properly reintroduce the FP1 under a different name. In the hands of its private owner, the bodywork has been cosmetically restored to the highest possible standard with the stunning panache green Petronas livery re-applied by the company responsible for the original branding of the bikes.

Despite having only covered a delivery mileage of 7 km, the vendor has chosen to fully service the FP1 with all fluids changed, a new battery installed, and all the major components checked and readied for use. The electronic dash is fully functional, the bike starts and runs cleanly, with the engine holding good oil pressure.

Roger Taylor, Classic Vehicle Consignor for Silverstone Auctions said: “Despite being 17 years old, its stunning design and sheer rarity of this machine makes it an incredibly desirable bike for a collector or enthusiast. The example we have for auction is in incredible condition and comes complete with Type Approval documentation and NOVA.”

The Foggy Petronas FP1 bike will also be on display at the London Motorcycle Show from 15th – 17th February before auction viewings are held from 09:30 – 17:00 on Friday 22nd February at Stoneleigh Park.