John McGuinness on TT 2020: “Nobody’s kicking my door in for my signature” 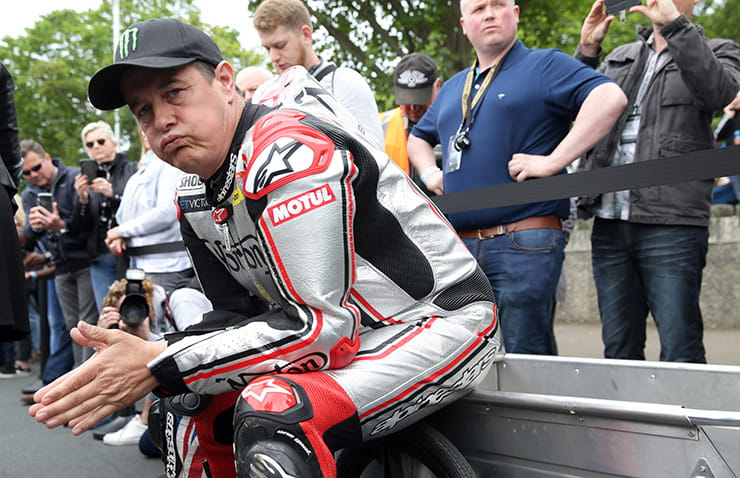 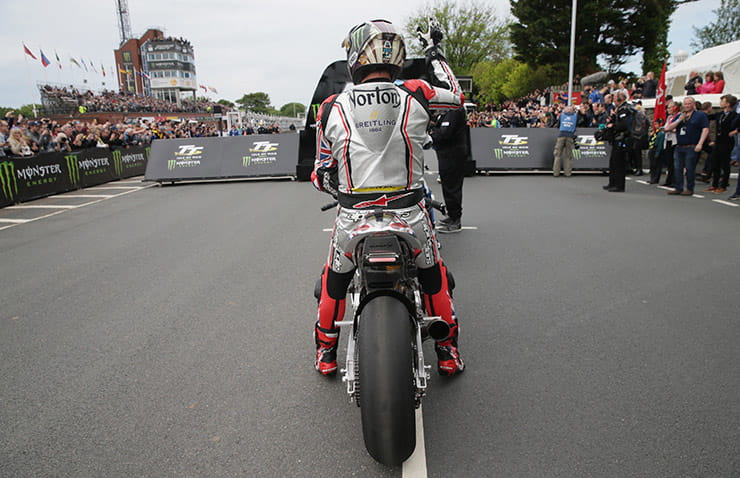 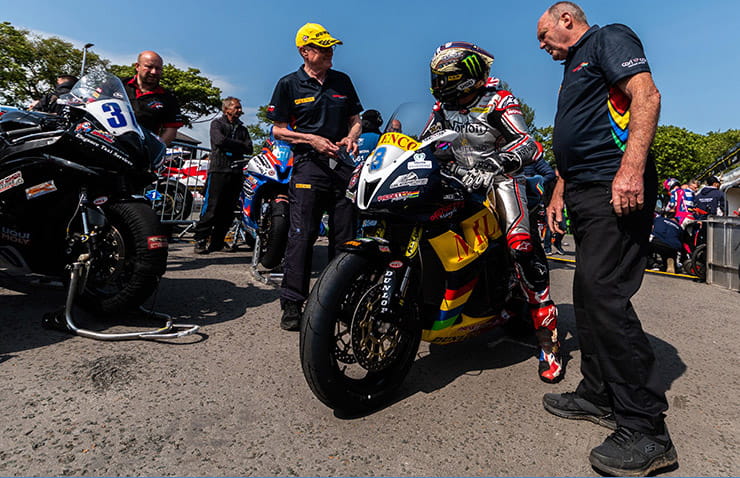 23-time Isle of Man TT winner, John McGuinness, is ready to listen to offers ahead of the 2020 TT, after telling Bennetts BikeSocial that, “nobody’s kicking my door in for my signature.”

Despite competing at the Isle of Man TT since 1996, the 47-year old from Morecambe is facing uncertainty over his road racing season ahead.

“I want to ride, I want to race, I want to do a good job. I’ve got all my family, friends and loyal sponsors on my side, so it’s a case of just pulling it all together. It’s a bit of weird position to be in because I’ve normally known what I’m doing and what direction I’m going in. Maybe I’ve my arse wiped a little bit by having it all on a plate, so maybe it’s now time to work hard at it,” said McGuinness while visiting the Bennetts Contact Centre in Coventry yesterday.

After his horrific 2017 accident at the North West 200, McGuinness was forced to sit out the 2017 and 2018 events before making a comeback in 2019 on the Norton SG8 in the Senior and Superbike classes, Norton’s Superlight in the SuperTwin race, a Padgetts Honda in the two Supersport races and the Mugen in the TT Zero. His 47th career TT podium came in the latter of those races with a second-place finish but the unreliability of the Norton race bikes hurt. Reflecting on TT 2019 he said, “It was a disappointing year in many ways but a good year too because I won my battle and I got to the grid but it was disappointing because of what happened.”

Since winning the 2019 Bennetts Senior Classic TT race in August, McGuinness has raced a BSB-oriented Buildbase Suzuki at Darley Moor in October, finishing runner-up behind Richard Cooper, while qualifying 4th on a PBM-run Ducati V4R at Macau on his first time on the bike. Despite the warm-up lap break-down, he remained upbeat, “I don’t look the healthiest athlete in the world but I rode as good as I’ve ever gone, so for me it’s ticked all the boxes. My mojo’s back!”

“I’m still under contract so I’ve got to speak to Stuart Garner, so there’s a few things to tidy up on that side of things. But to be brutally honest and with my hand on heart, nobody is kicking my door in for my signature. They used to do but now they don’t. If anybody still has any faith in me then we’ll put something together.

“I will ride and I will do something and it will be good because I’ll make sure it is but at this point, two weeks before Christmas, there’s no point in getting stressed about anything, I’ve just got to be patient and do what feels right for me. I’ve made a few mistakes and I won’t make another one. I’ve only got a couple more bites of the cherry, so I can’t afford to make a balls-up, I’ve got to make it count. It’d been frustrating but Macau was encouraging – it doesn’t half get your mojo back when you know you haven’t forgotten how to do it!”