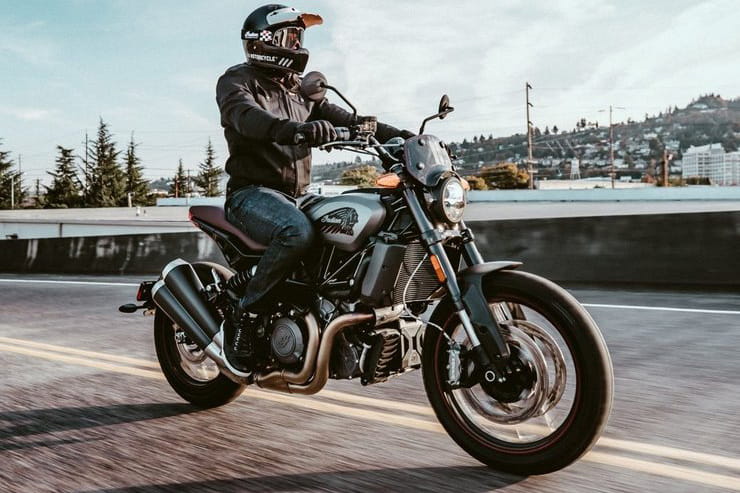 For decades America’s motorcycle firms have lived up to a well-earned stereotype of being blind to any type of bike that doesn’t fit into their usual custom and cruiser markets – but in a year’s time you’ll have a choice of two American-made adventure offerings to rival BMW’s R1250GS.

While Harley-Davidson has been quite open about its plans to put its 1250cc Pan America (below) on sale in late 2020 as a 2021 model, its main rival, Indian, has so far kept quiet about the rival machine it will release onto the market at the same time.

However, leaked planning documents from the firm have shown that an adventure bike is in the pipeline, based on the FTR1200 platform. It’s the final component of a range that’s been planned ever since development on the FTR started, joining the streetfighter-style FTR1200 and the recently-revealed, scrambler-inspired FTR Rally (above).

In terms of tech it’s going to use the same 1203cc, water-cooled, DOHC V-twin, making around 120hp, as the other FTR models, but we’d expect to see a different frame design to suit its adventure-oriented role. More suspension travel and greater luggage capacity will be vital to compete in the sector that’s been dominated by BMW’s GS boxer for the last 15 years.

Harley-Davidson’s 1250cc Pan America, with a claimed 145hp, will be a tough rival for the upcoming Indian adventure bike, offering more performance thanks to the new Revolution Max engine which also follows the liquid-cooled, DOHC, V-twin layout.  A smaller 975cc Pan America is also planned, probably for 2022, with a 115hp version of the engine. 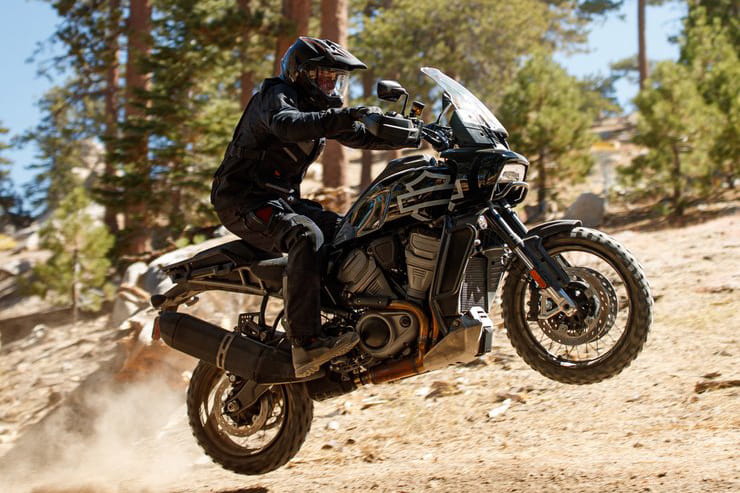 Regardless whether the Indian FTR-based model or its Harley-Davidson rival come out on top in the North American battle for adventure bike supremacy, the machines jointly prove that America’s motorcycle firms are finally looking beyond their own backyards and trying to make models that will take a slice of the European market.

Although neither model is likely to topple the BMW R1250GS from its seemingly unshakable hold on the sales number-one spot, they’re sure to be more appealing to buyers on this side of the Atlantic than the firms’ traditional fare. While neither can claim to be America’s first tilt at the adventure bike market – the Buell Ulysses (remember that?) briefly fought that corner more than a decade ago, but it was a half-hearted effort, more tourer than adventure bike, and was on sale for less than two years between its 2008 launch and Buell’s closure in late 2009.