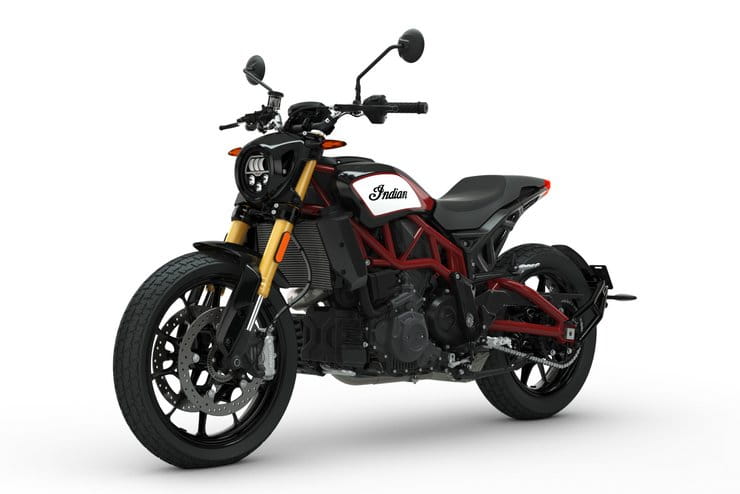 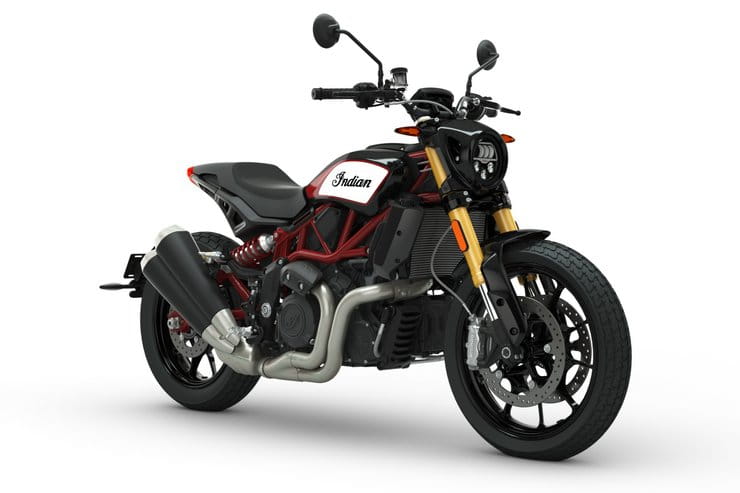 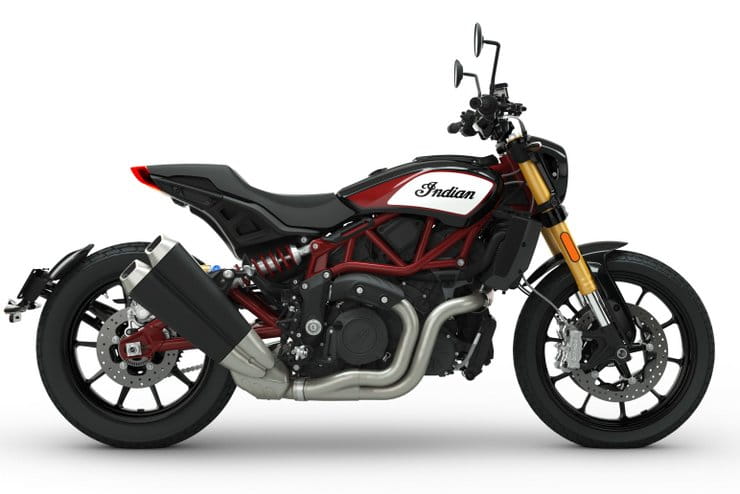 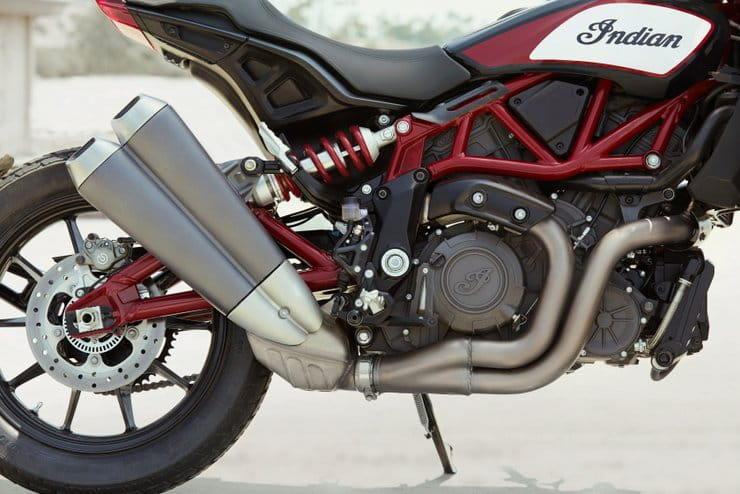 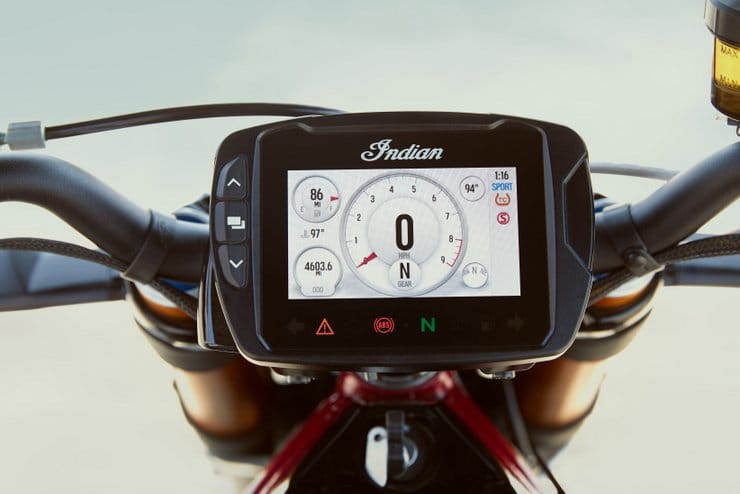 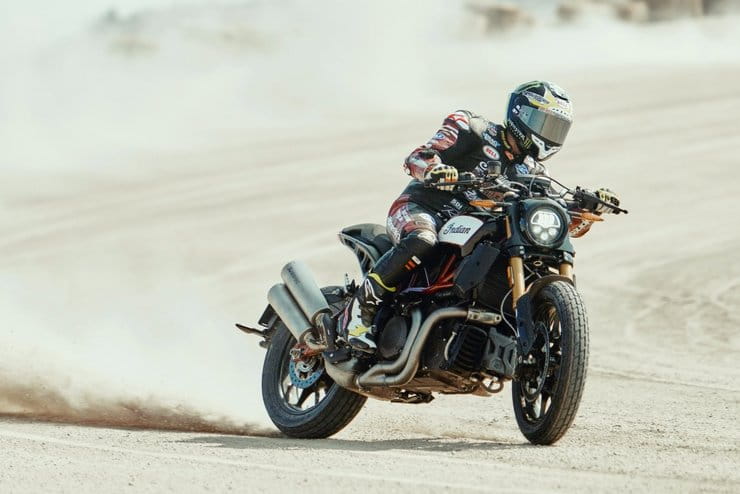 Indian has been tempting us with plans for its road-going flat-tracker for years now – but it’s finally revealed the finished FTR1200 and higher-spec FTR1200S, and we’re not disappointed.

While it shares little more than its general layout and colour scheme with the all-conquering FTR750 race bike that’s demolished the competition in American flat-track racing, the FTR1200 still shows a sporting intent that’s a far cry from the usual Indian cruisers.

At its core is a new 1203cc water-cooled, DOHC V-twin with four valves per cylinder and a peak of 120bhp at 8250rpm. Before you complain that it’s a far cry from the output that Ducati can squeeze from similarly-sized twins, it’s worth remembering that 120hp is more than a Ducati 916 could muster in stock form. So while it’s not a superbike, the FTR1200 should be no slouch.

The torque – 85lbft of it – is superbike-worthy, and it kicks in at a lowly 6000rpm, promising a fat midrange wallop. Opt for the ‘S’ version and it’s not short of techy goodies, either; there’s IMU-equipped, lean-sensitive traction and stability control, wheelie control and ABS. You get three riding modes, as well; standard, sport and rain. Both versions have cruise control as standard.

The motor’s bolted to a steel trellis frame with an aluminium rear subframe that tucks the fuel tank under the seat. Up front there’s a pair of 43mm upside-down forks, fully adjustable on the ‘S’ version, while an offset monoshock deals with the rear suspension. Again, the ‘S’ gets better kit, with a piggyback reservoir and a full range of adjustments.

Brembo supplies the brakes, with Monobloc radial 4-pot calipers at the front on 320mm discs, and a 260mm disc and 2-pot caliper at the back.

Styling-wise, both versions of the bike get LED lighting but they differ when it comes to the instruments. The base model uses an analogue speedo with a small LCD display set inside it for other information. The ‘S’ uses a full-colour, touchscreen TFT display incorporating Bluetooth and a USB port to link and charge your phone. It’s customisable with a selection of configurations for the speedo and other gauges.