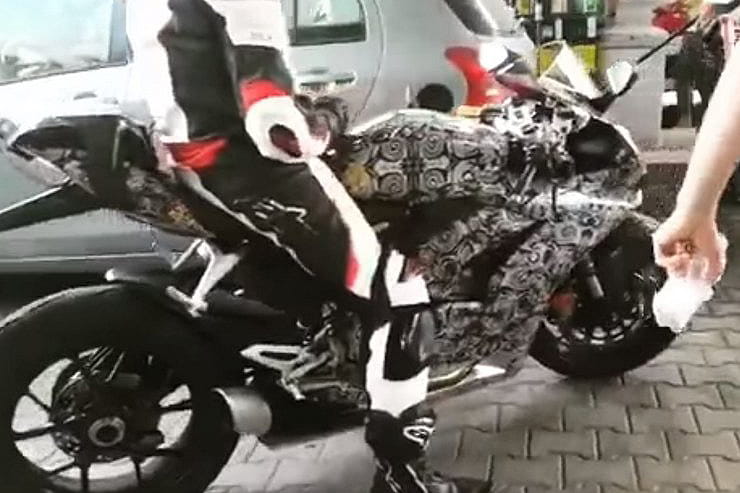 Video footage of the 2020 Ducati Streetfighter V4 and Panigale V2 prototypes circulating Facebook reveals that both of Ducati’s key new models for next year have evolved since we first showed spy shots of the bikes earlier this year.

The Panigale V2, which we revealed back in May, replaces the old Panigale 959 and to a certain extent the Panigale 1299 as the highest-performing twin-cylinder bike in the firm’s 2020 range. While the Panigale V4 is clearly the top dog now, plenty of Ducati customers still cling to the company’s V-twin heritage and those are the buyers that the Panigale V2 will be targeting.

Our spy shots in May revealed how the bike will ape the styling of the Panigale V4  with relatively minor, but clever, changes to the nose and fairing while using a mishmash of mechanical bits from the Panigale 1299 and 959 models. The engine is believed to be positioned somewhere between those two when it comes to both capacity and performance, also getting tweaks to meet Euro 5 emissions limits, while the chassis uses 1299 elements including the single-sided swingarm.

The latest images show the bike’s final exhaust design, which differs from both its Panigale predecessors by using a stubby tail pipe exiting on the right hand side from the main under-engine silencer. It’s a vast improvement over the lashed-up, shotgun-style silencers that were added to the Panigale 959 in a last-minute effort to meet Euro 4 regulations, but not quite as clean as the almost completely hidden exhaust of the Panigale 1299.

Where the old spy images showed a prototype with mismatched wheels, using the front rim from a Panigale 959 and the rear from a Panigale 1299, the latest video reveals a pair of matching hoops with five V-shaped spokes.

Moving to the Streetfighter V4, the new video appears to show the entry-level version of the bike, with Showa forks rather than the Ohlins units that will be used on the Streetfighter V4 S and which featured on the Pikes Peak prototype that Ducati unveiled in June. The bike we spied last month also used the Showa suspension, but at that stage it lacked the distinctive winglets that had appeared on the race prototype. Now those winglets are back, suggesting they’ll be standard on all versions of the Streetfighter V4, not just the highest-spec models.

Like the Panigale V2, the Streetfighter V4 seen here also has its final exhaust system fitted for the first time and it’s identical to the one used on the Panigale V4 superbike. That adds to the growing body of evidence suggesting Ducati isn’t going to detune the 214hp, 1103cc V4 engine for use in the naked bike; the firm has already claimed it will be the most powerful unfaired production bike in the world, which means it needs to beat the 205hp MV Agusta Brutale 1000. 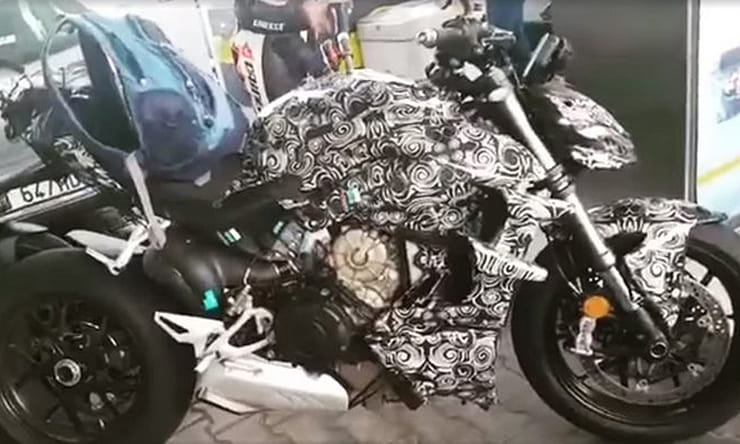