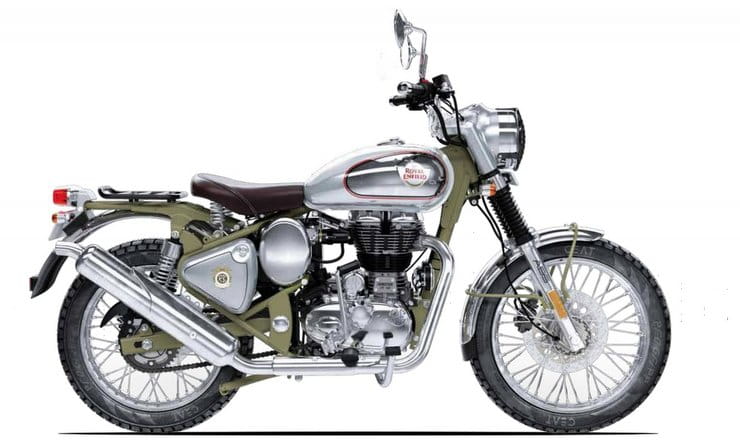 For years, even decades, Royal Enfield was something of a laughing stock. Its mainstay model, the Bullet, was frozen in time as an undiluted slice of the 1960s with all the performance and handling deficits that involves. But fashions come and go, and over the last few years the post-war looks of its single-cylinder models have come back into vogue.

While other manufactures scramble to revive old names and create brand new models that look like they’ve rolled out of the corporate museum, Royal Enfield’s models have the appeal of being genuine old bikes, available brand new. This year, the big news from the firm has been its new parallel twin models, but in its Indian homeland Enfield has just unveiled the Bullet Trials in both 350cc and 500cc forms, and on the basis of its looks alone it would be mad not to bring the bike to the European market as well.

Technically, it’s much the same as the Classic 500 that we’re offered here, sharing the same frame and, in 500cc form, engine. That means you’re looking at a whole 27.2hp here. But to concentrate on performance is to miss the point – Bullet Trials ticks lots of boxes on the style front thanks to knobbly tyres (19in at the front, 18in rear), fork gaiters, a rear luggage rack and a grille-covered headlight, plus suitably old-fashioned paint schemes with a green frame and silver and chrome body panels. An upswept exhaust further sets it aside from existing models.

At the moment there’s no word on whether the bike will come to the UK but it’s got all the right kit in terms of emissions controls and ABS to meet European type-approval rules. If it does make it here, we’d expect it to be priced at around £5k.