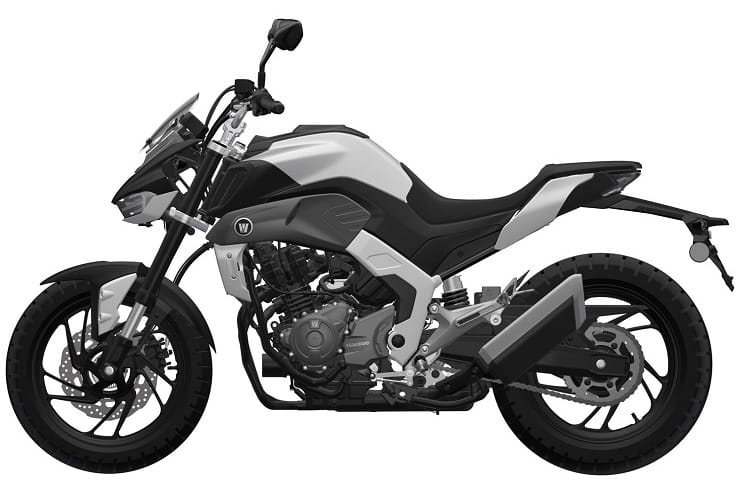 Haojue isn’t a brand that many western riders will be familiar with, but there’s a chance you might ride a bike that came from the Chinese firm’s factory; Haojue is Suzuki’s partner and produces the V-Strom 250, GSX250R and GW250 Inazuma. Now it’s about to debut its own 300cc twin derived from the same basic engine design and these pictures show there are more variants on the way.

The first model, dubbed the DR300, is due on sale in China next month, and is a fairly conventional naked sports bike. Indeed, it’s easy to imagine that with some new badges it could become a Suzuki ‘GSX-S300’ – a model that’s been rumoured for some time now.

But the bike you see here is a future derivative, revealed in Chinese design patents, that takes a slightly different approach. It’s based on the same Suzuki-derived, 300cc parallel twin engine as the DR300 and uses the same chassis, upside down forks, brakes and wheels, but it adds a new style with a shorter tail, taller bars, twin exhausts and a much more interesting ‘face’ thanks to twin headlights split by stylised LED running light strips.

The high, wide bars and the fact that the bike appears to use relatively deep-treaded tyres gives something of a flat-track style to the machine, which is far more attractive than the DR300 that was first shown to Chinese audiences late last year.

While there’s currently no suggestion that Haojue will try to sell the bike outside its Chinese home market, it’s clear that with Chinese type-approval rules edging ever closer to European standards, the bike has everything it needs to meet EU regulations. ABS brakes and side reflectors are clear to see, and the bodywork conforms to European norms, including an extended number plate hanger that extends the ‘bodywork’ behind the back of the rear tyre (a key visual difference between European standards and those in some other countries).

Or could Suzuki adopt the bike? Given its close working relationship with Haojue it’s quite possible that a rebranded version of the machine could one day appear in Suzuki dealers. 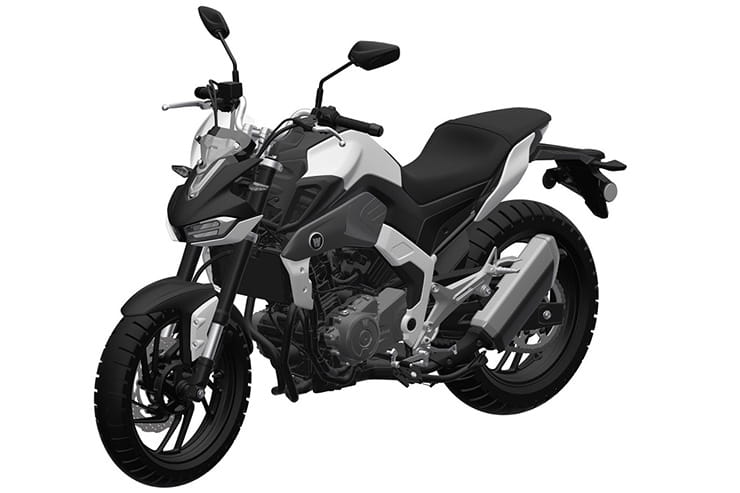