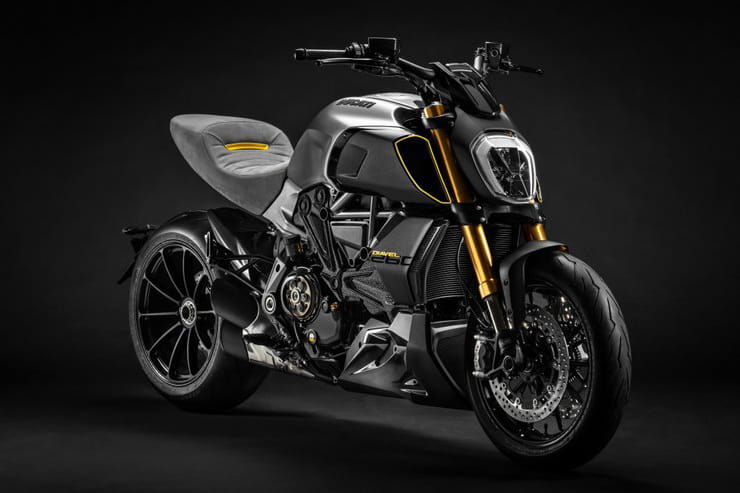 The bike is on display at The Manzoni, a new restaurant and showroom established by British designer Tom Dixon in Milan. It was unveiled at a meeting between Dixon and an array of designers including Ducati’s Andrea Ferraresi, Lamborghini’s Mitja Borket, Pirelli R&D director Piero Misani and former VW design boss Walter De Silva.

Ferraresi said: “We wanted to pay homage to the incredibly artistic and creative Milan Design Week by making our Diavel 1260 more audacious and original than ever. The Diavel 1260 Materico brings out all the vividness of the used material and the painstaking attention to detail that, together with high-tech components, makes this bike such an effective blend of form and function.”

The unique Diavel will remain at The Manzoni for the rest of Milan Design Week, and appear in Milan again at the inaugural Motorcycle Arts and Designers show, MOARD, at the Palazzo der Ghiaccio from 3-5 May.