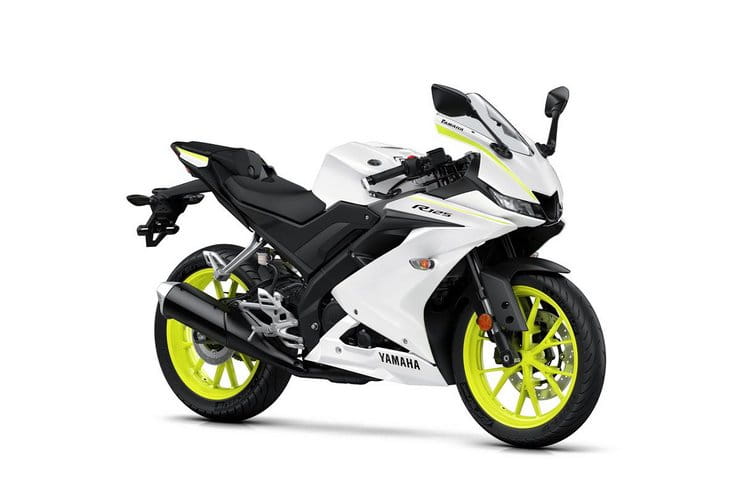 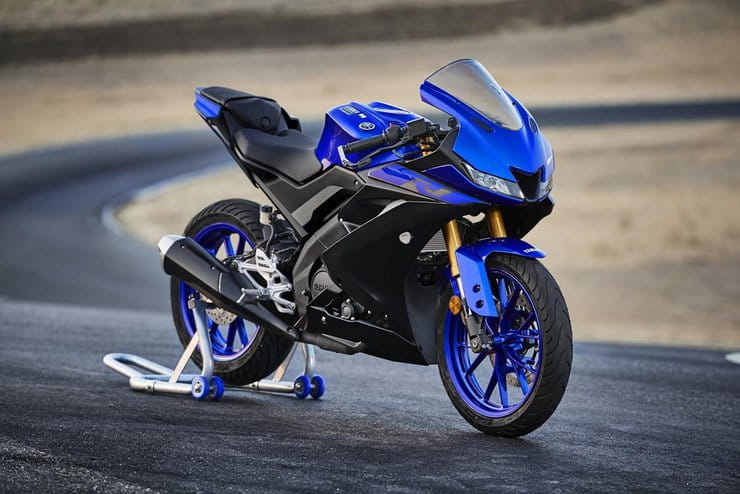 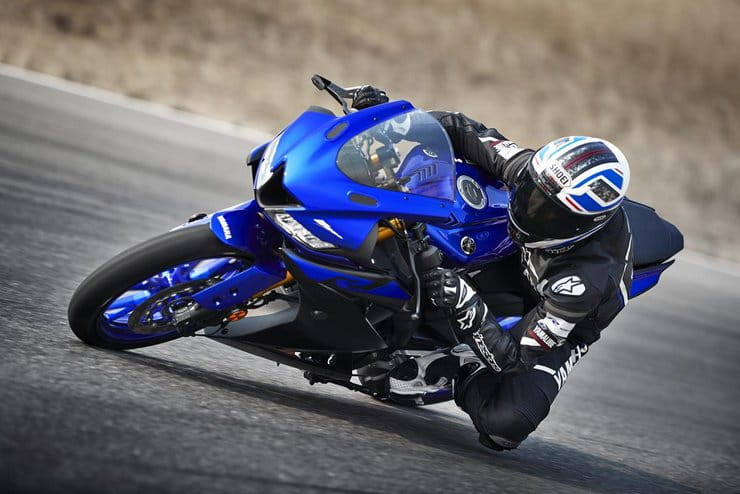 The massive Intermot show in Cologne might not be opening until next week but Yamaha has released the first details of the 2019 models it will be unveiling there, headed by a completely new YZF-R125

The YZF-R125 has ruled the roost in the small sports bike class for more than a decade but has gone without major changes ever since it was introduced back in 2007 as part of the firm’s 2008 range. Apart from tweaks and a nose-job in 2014, the current model is much the same as the original.

But for 2019 that’s all changing with the launch of a new R125 that gains variable valve actuation (VVA) in a completely new cylinder head, a revamped Deltabox frame, a new swingarm, slipper clutch and entirely new styling.

At the moment, information on the VVA system is scant, but it’s likely to be the same arrangement that Yamaha uses in the NMAX 155 scooter that’s sold in some markets. This works a little like Honda’s VTEC, swapping between two inlet cam profiles depending on engine revs. At low revs, a softer cam profile with less lift and overlap boosts torque and economy, while a high-lift, long-overlap profile comes into play at high revs for maximum power. BMW’s new R1250GS does the same thing, albeit with using a different technology to swap between cam profiles.

While peak power will remain at a learner-legal 14.7hp, the VVA system should boost torque and acceleration while reducing emissions. That torque will go through a slipper clutch, surely a first in the 125cc sports bike market.

The frame, while looking similar to the old bike’s, is claimed to have revised geometry. Suspension comes via 41mm upside-down forks at the front and a new, aluminium swingarm at the back.

Unsurprisingly, the bodywork takes its cues from the R1 superbike and M1 MotoGP machine, adding LED headlights and taillights to the mix. 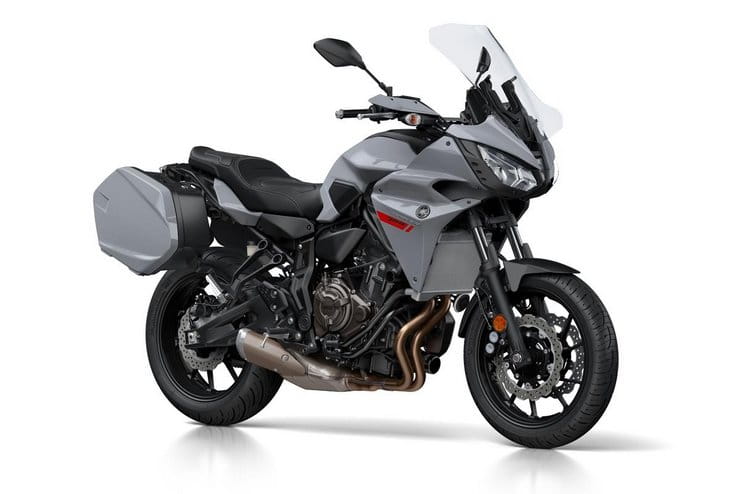 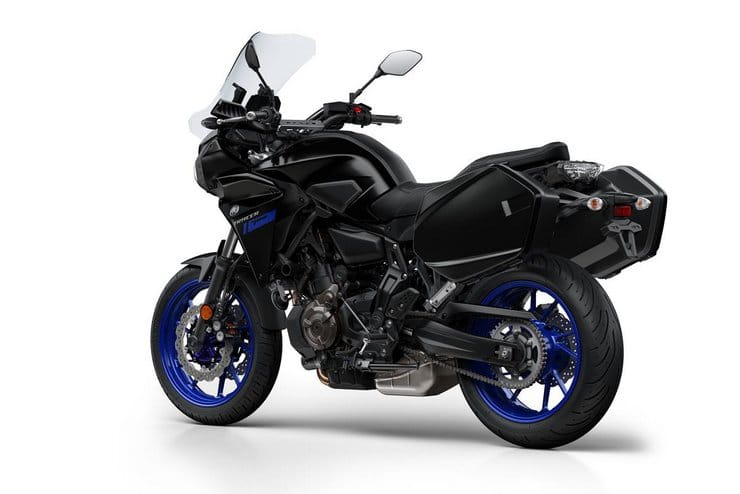 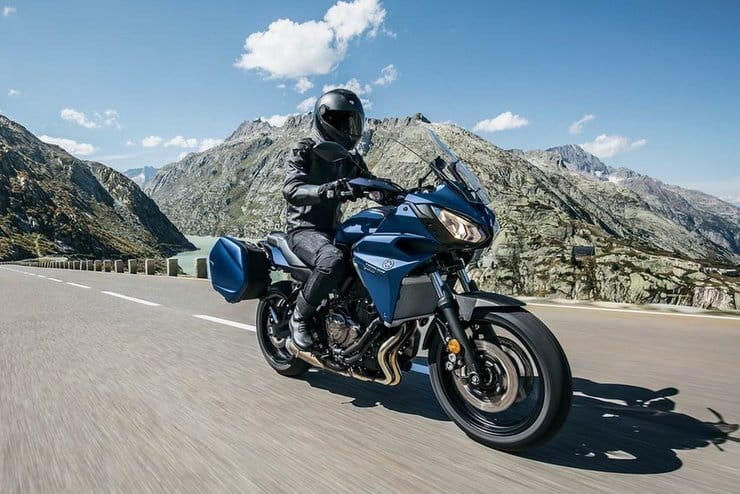 Last year Yamaha added the touring ‘GT’ model to its massively-popular Tracer 900 range so it’s no surprise to see the same formula being applied to the smaller Tracer 700 for 2019.

Underneath it all, the greasy bits are still stock Tracer 700, which is no bad thing. The engine is Yamaha’s 689cc parallel twin, making just under 74hp with a 270 degree crank to give a V-twin-style power delivery. It’s mounted in the same steel frame as the normal Tracer 700 and MT-07.

Colours on offer include blue, black or grey and the 2019 Tracer 900GT will also come in the same schemes. 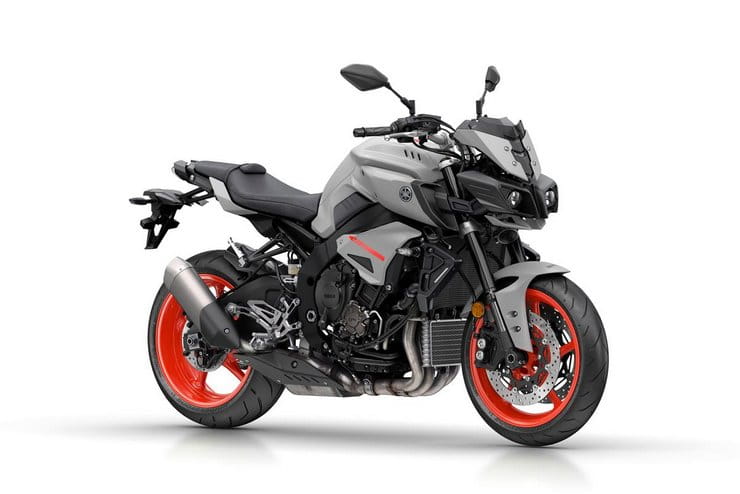 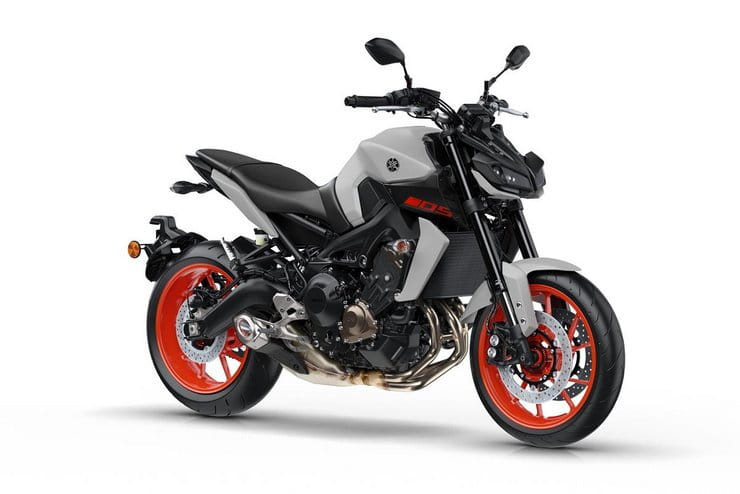 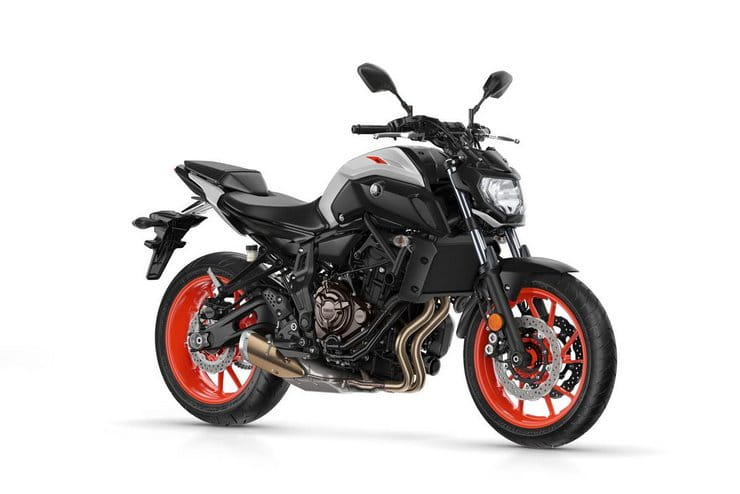 Yamaha has opted not to make any significant changes to its range of naked MT models for 2019, and as a result the only news from that part of the range is the introduction of a new ‘Ice Fluo’ colour option.

The paint job is basically grey with red flashes, but the addition of fluorescent red wheels turns an otherwise dull look into something eye-catchingly individual.

If it’s not your bag, the firm will also be offering the bikes in blue or black, while the higher-spec MT-10SP and MT-09SP come in the usual silver/blue colours.

Although they’re 2019 models, the new colours will be on sale before next year. The MT-125 reaches dealers in October, the MT-10 and MT-07 in November and the MT-09 and MT-03 will be where in December. 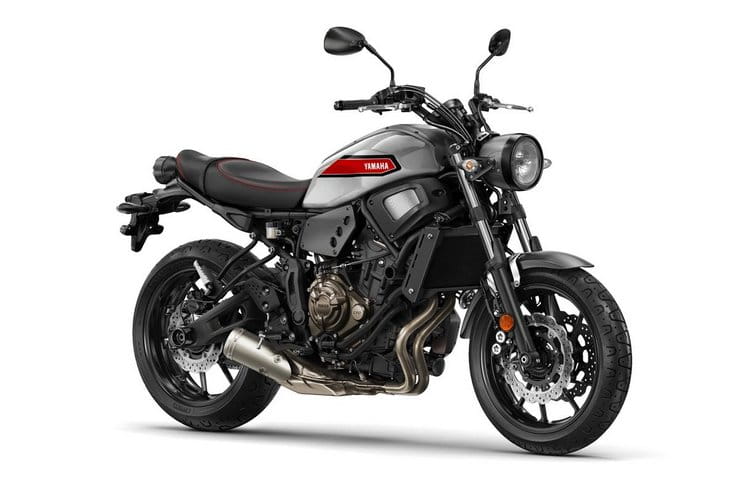 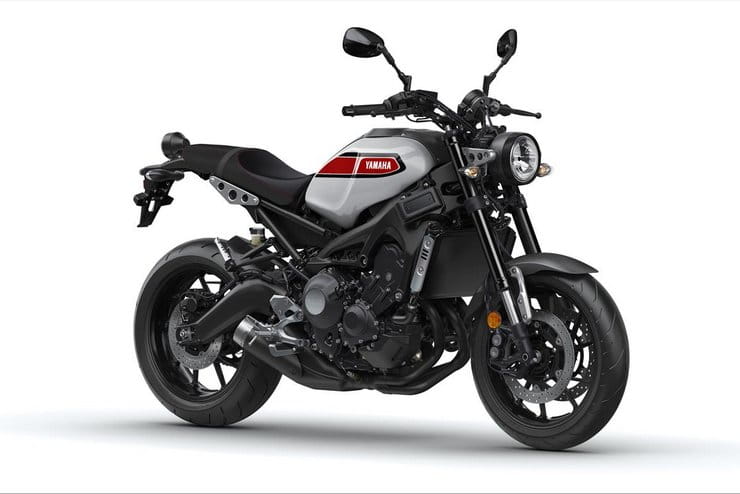 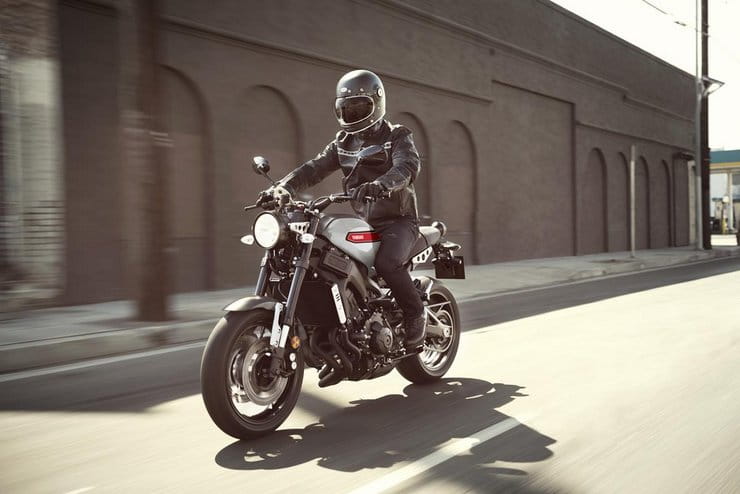 Paint changes are again the order of the day for the 2019 Yamaha XSR900 and XSR700, with both getting a new ‘Garage Metal’ colour option that the firm says is inspired by its white-and-red racing paint schemes of the 1970s.

Given that inspiration, the decision to use silver instead of while seems a little strange, but the red stripes on the bikes’ tanks do hark back to those old racers. The seats also get red stitching.

Spec-wise, the bikes are unchanged from the 2018 versions.