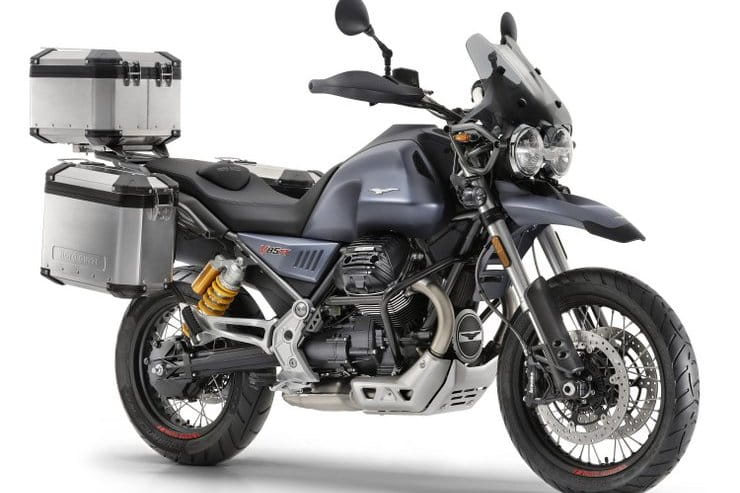 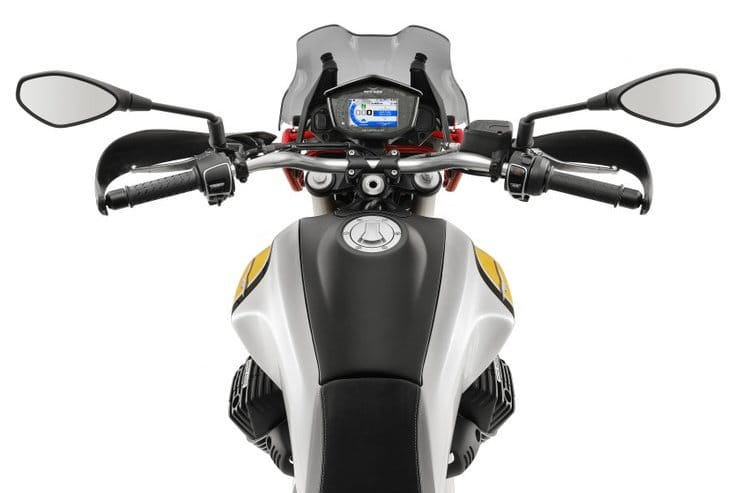 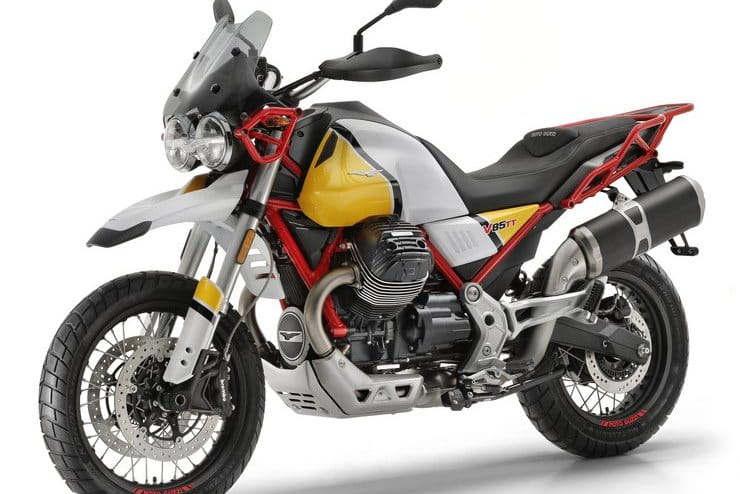 While it’s still holding back on releasing full details and specifications of the upcoming V85TT adventure bike Moto Guzzi has revealed more information on a bike that must surely be the company’s greatest hope for a sales revival in 2019.

Having shown the 80hp, 850cc V85 as a concept last year, Guzzi revealed the production version’s appearance a few weeks ago, still sporting the garish yellow, white and red paint of the concept, itself inspired by Guzzi’s 1980s V65 and V75 Paris-Dakar racers. Now it’s added a more subdued, classy metallic blue version that also demonstrates some of the accessories that will be on offer.

These will clearly include the obligatory aluminium side cases and top box that go hand-in-hand with every adventure-style bike, plus crash bars around the engine and an Ohlins rear shock.

Full details of the V85TT are expected to be revealed at Moto Guzzi’s home show, EICMA in Milan this November.