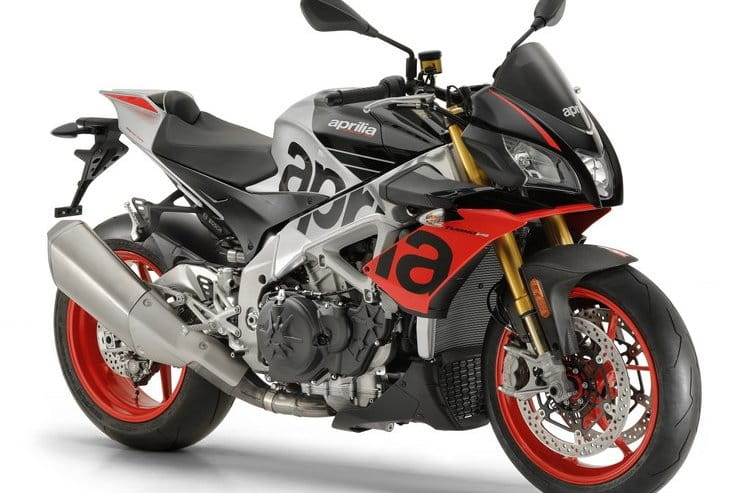 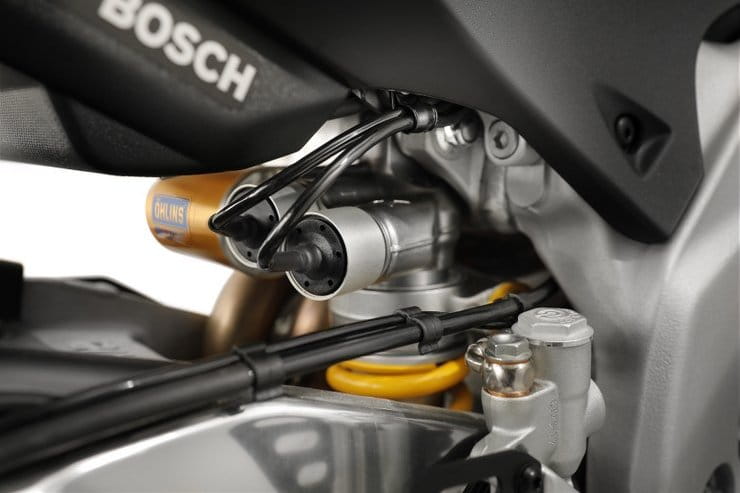 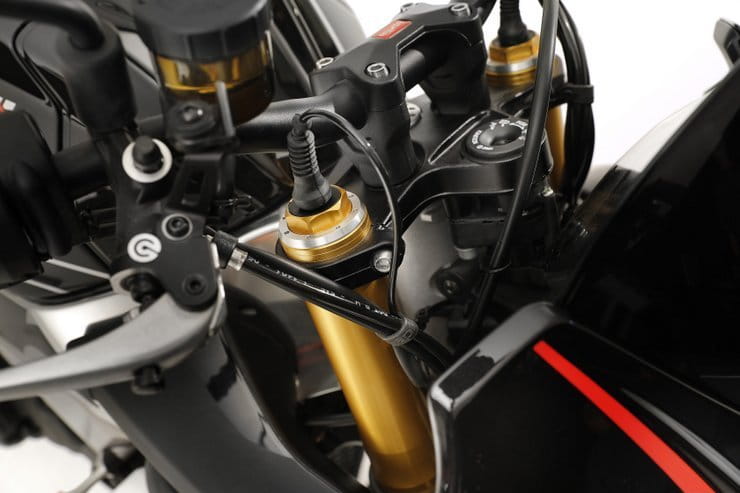 Aprilia has revealed the first details of its 2019 model range in advance of the Intermot show in Cologne. The highlight so far is the addition of electronic suspension for the Tuono V4 1100 Factory.

While sales of the Aprilia Tuono V4 remain relatively small in comparison to the most popular of today’s naked sports bikes it’s arguably still the most aggressive of them all – closest in spirit to its superbike sibling.

In semi-active mode, the system uses data from the suspension, brakes, throttle and IMU to constantly adjust its settings to suit both the road surface and your riding style. Manual switches that off, leaving the suspension working in a more conventional way, but still with access to the trio of riding modes – track, sport or road – which can be applied in the semi-active setting.

As well as the suspension, the Smart EC 2.0 system acts on the Ohlins steering damper, calibrating it to match the shock and fork settings, which can all be accessed via the Tuono’s colour TFT dashboard.

Physically, the semi-active suspension system on the Factory also increases the fork travel from last year’s 117mm to 125mm, while the Ohlins TTX semi-active shock is lighter than its predecessor.

The rest of the bike’s already-impressive electronics suite remains. It includes traction control, wheelie control, launch control, quick-shift, pit-lane limiter and cruise control, not to mention cornering ABS. Both the Factory and the RR share all those features, but the new electronic suspension helps give the more expensive Factory a bigger distinguishing feature. 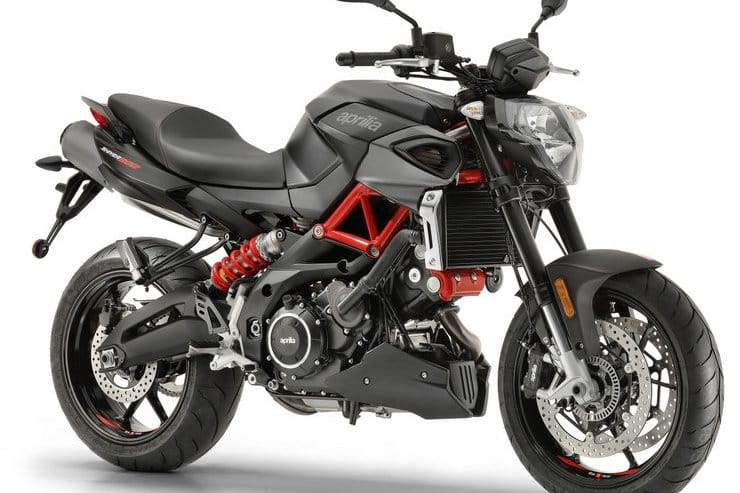 The Shiver 900 appeared a couple of years ago to replace its 750cc predecessor and like its Tuono sibling it’s already a machine that’s packed with tech, particularly for a middleweight machine like this.

You already get traction control, multiple riding modes and a TFT dashboard, but for 2019 Aprilia has added standard navigation into the mix, too.

Now, to be fair, this isn’t an all-singing, all-dancing sat-nav, but instead it’s Aprilia’s ‘AMP’ multimedia system, which uses your own smartphone to provide the brains. When connected to your phone via a dedicated app, the TFT screen can provide simple pictogram instructions to tell you which direction to turn next.

You’ll have to look pretty hard to spot the new Shiver from the outside, though. Apart from a couple of new colour options, its only visual update is a mild revision to the exhaust exit, intended to direct the fumes downwards and hopefully solving the common problem with  underseat systems where you reach your destination stinking of exhaust fumes.