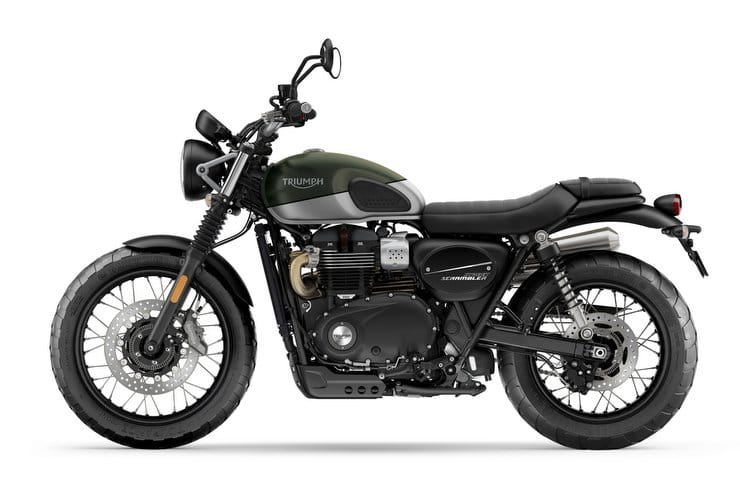 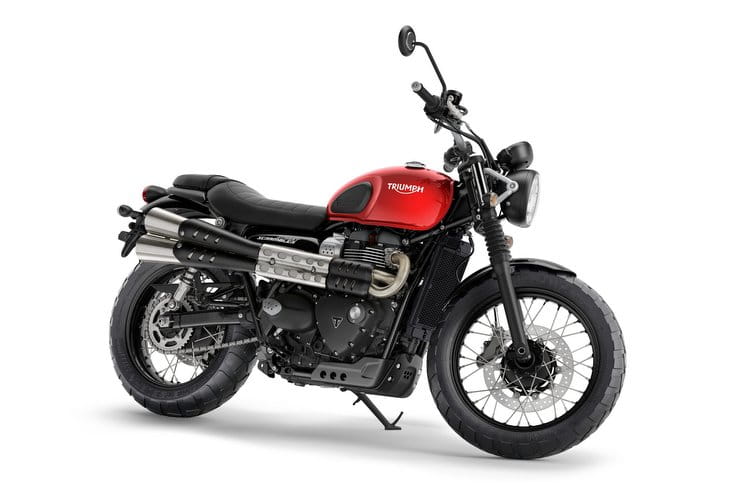 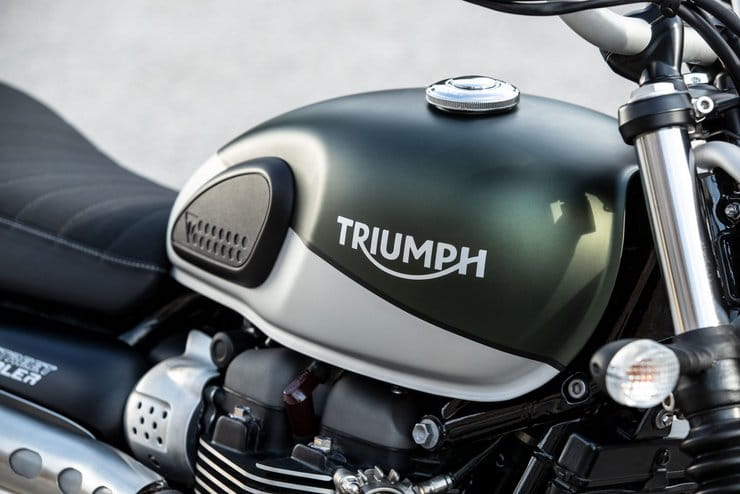 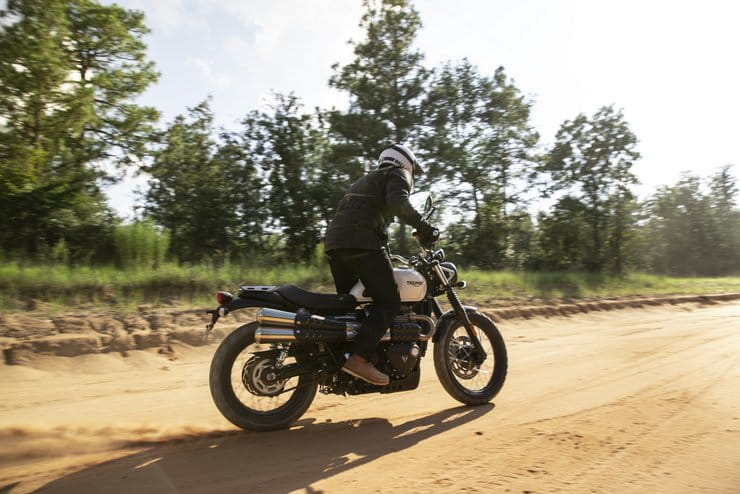 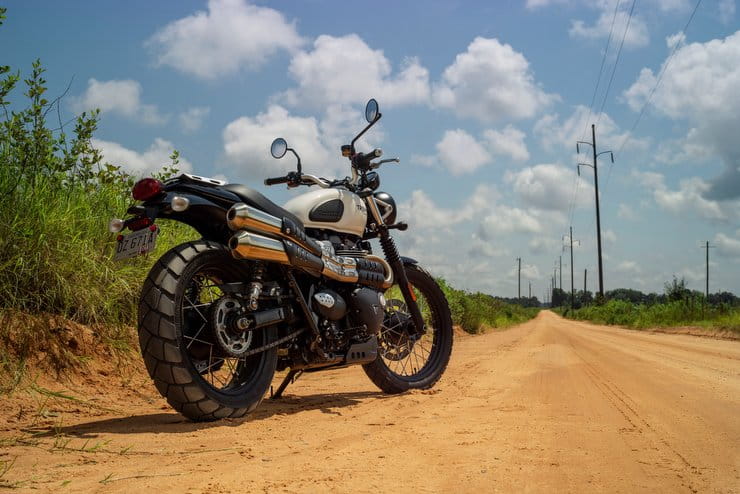 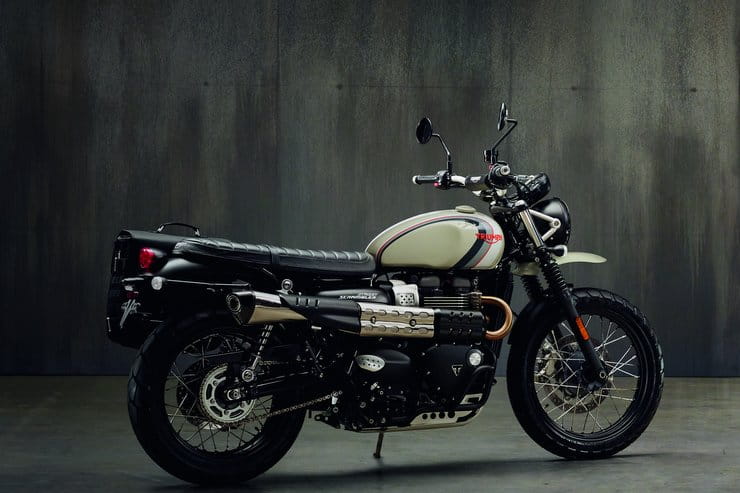 They might not look very different but Triumph’s 2019 Street Twin and Street Scrambler hide significant upgrades compared to the existing versions.

Don’t go hunting for big cosmetic updates on the 2019 Street Scrambler – it’s visually much the same as its predecessor – but it promises to feel significantly better to ride.

The headline update is a revamped version of Triumph’s 900cc parallel twin engine, which gains an impressive 10hp at the top end to boost peak power from 54bhp to 64bhp. With no increase in capacity, the extra horses come from increasing peak revs; the redline is up by 500rpm and the actual power peak now emerges at 7500rpm, some 1500rpm higher than on the 2018 version of the bike.

But that doesn’t mean it’s become a screaming, peaky engine. While power is up by 18%, the maximum torque remains the same as before at 59lb-ft, with that peak arriving at just 3200rpm.

All this comes thanks to new camshafts and balancer shafts, plus a new clutch, while the ‘High Torque’ 900cc engine also gains magnesium cam covers and a redesigned clutch cover.

Its electronics are updated, too, with new Road and Rain riding modes, and the chassis is updated with a new Brembo four-pot caliper replacing the old Nissin two-piston design at the front, where it’s bolted to improved forks designed to give better damping.

Visually, changes are limited to a slight change to the instruments, a new seat finish and a redesign for the Street Scrambler logo on the side panels.

As usual accessories are a big deal, with more than 120 available including a new ‘Urban Tracker’ inspiration kit with a single pannier on the left hand side, a high front fender, new bars, a single-exit exhaust, a flatter seat and a more 1970s-style paintwork. 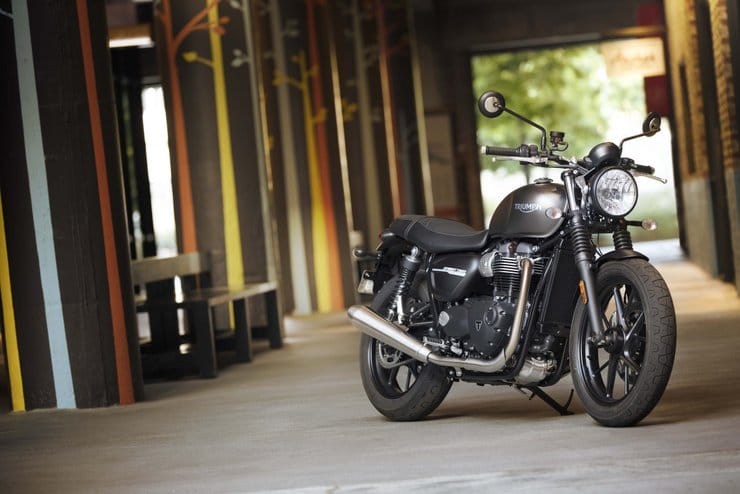 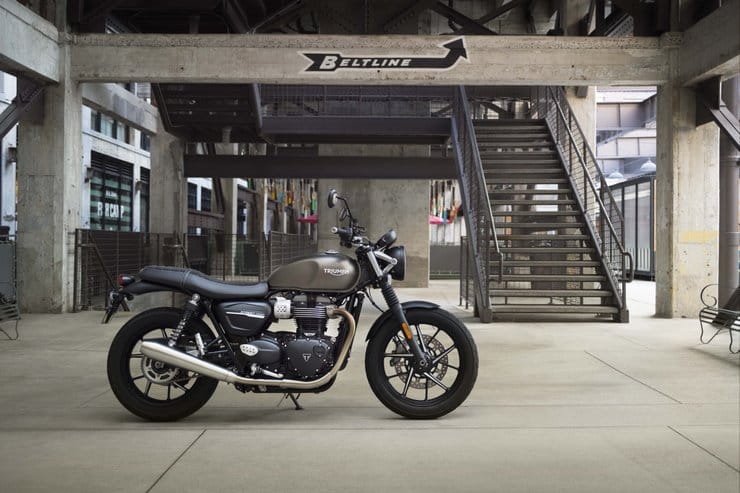 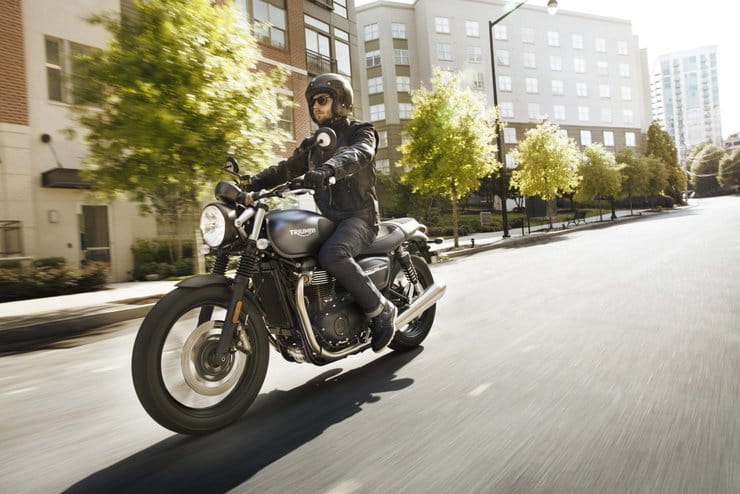 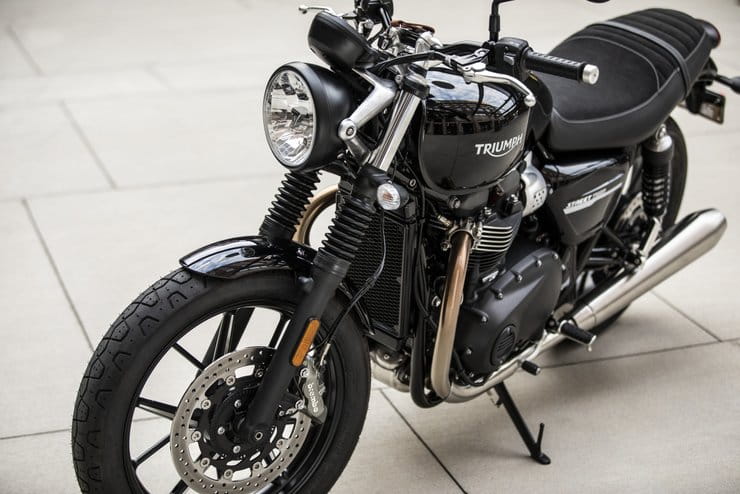 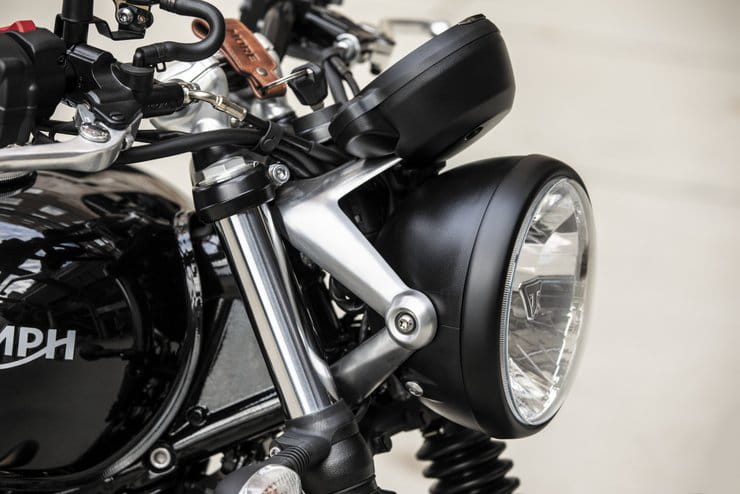 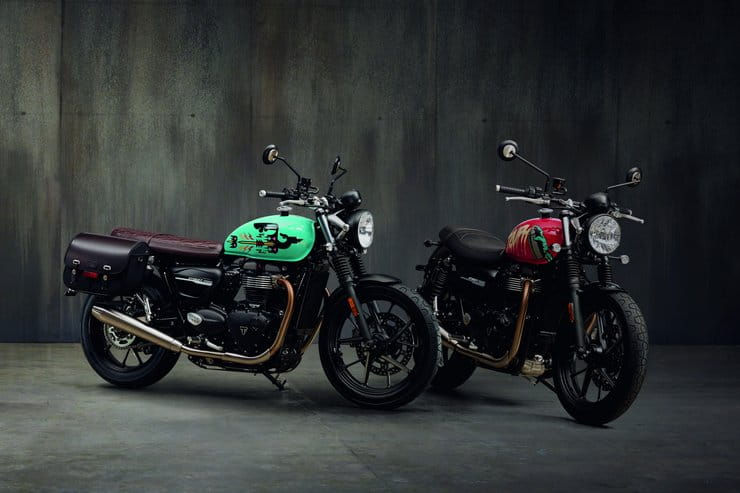 Given the similarities between the Street Twin and its Street Scrambler sibling it’s no surprise that the updates to the entry-level machine in Triumph’s Modern Classics range closely mirror the 2019 Street Scrambler’s changes.

That means that, once again, the engine is at the core of the changes, with the same huge 10bhp power increase, up from 54bhp to 64bhp, with the peak arriving at 7500rpm compared to 5900rpm on the old model. Peak torque is unchanged at 59lb-ft, but arrives higher in the rev range at 3800rpm compared to 3230rpm on the 2018 bike. As on the Street Scrambler, the improvements come from new camshafts, new balancer shafts and a lighter clutch.

Once again, there are new Road and Rain riding modes in addition to the switchable traction control.

Like the Street Scrambler, the Street Twin gains a new Brembo front brake to replace the old Nissin, plus reworked forks, along with minor styling tweaks in the form of new wheels, a new logo and a redesigned instrument bezel. Elsewhere, there’s a brushed-alloy finish for the headlight bracket and new seat material.