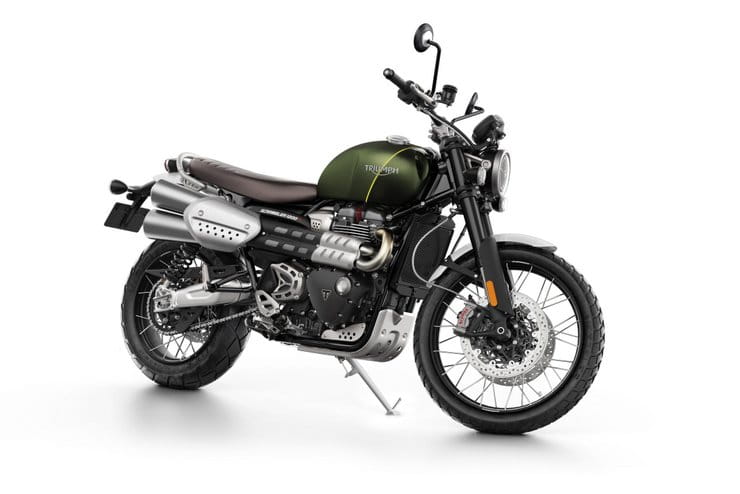 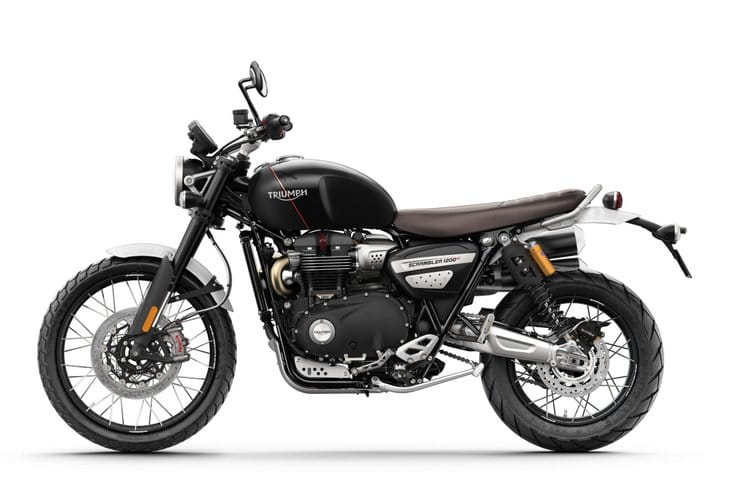 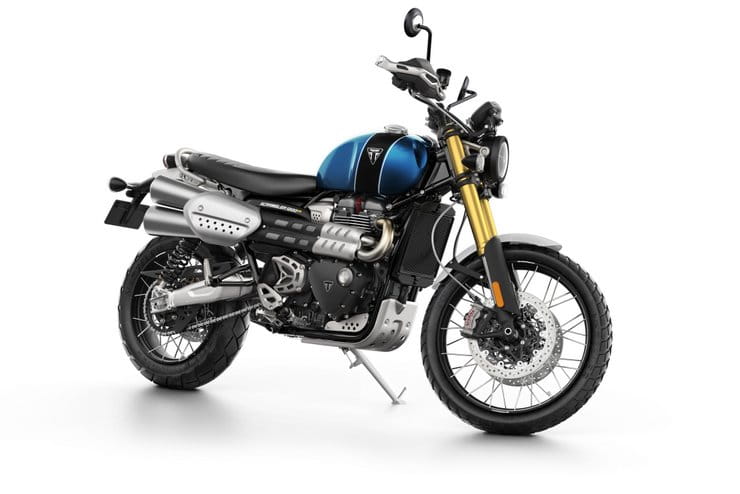 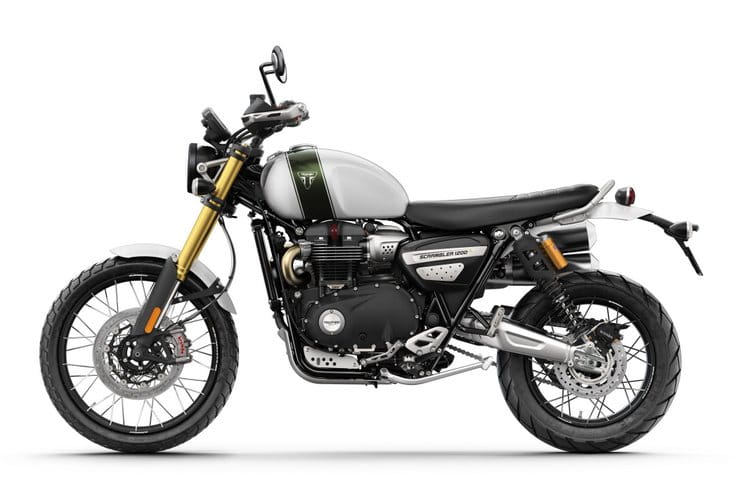 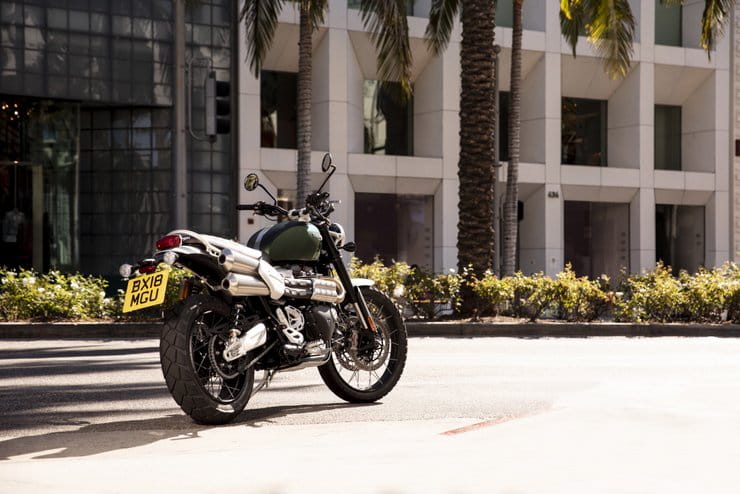 Retro-inspired scramblers might be all the rage now but Triumph was way ahead of the curve when it launched its Bonnie-based Scrambler a dozen years ago. Now that bike’s spiritual successor is finally ready for the limelight after a drawn-out teaser campaign, and it doesn’t disappoint.

Where the old 865cc, air-cooled Scrambler was very much a case of style over substance – you’d never really take one off-road – the new bike is leagues ahead in terms of performance, equipment and rough-ground capability.

The range is made up of two models, the entry-level XC and a high-end XE with more equipment and even better off-road skills, although you’d be hard pushed to spot the differences between them simply by looking. So before we go into what distinguishes the two machines, let’s have a look at what they have in common. 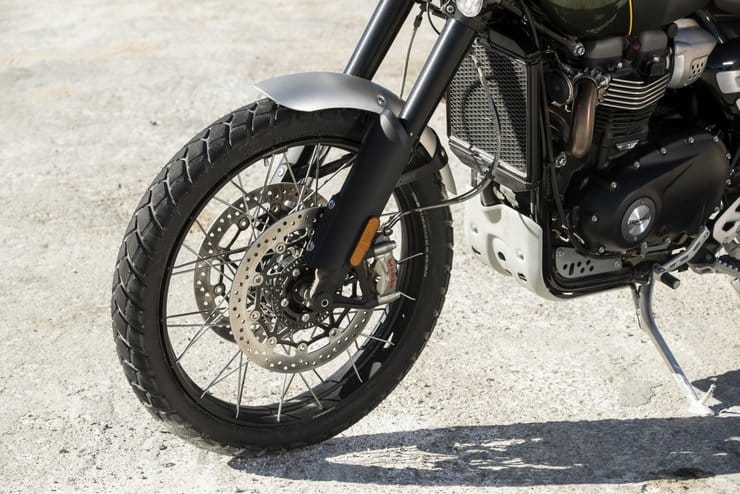 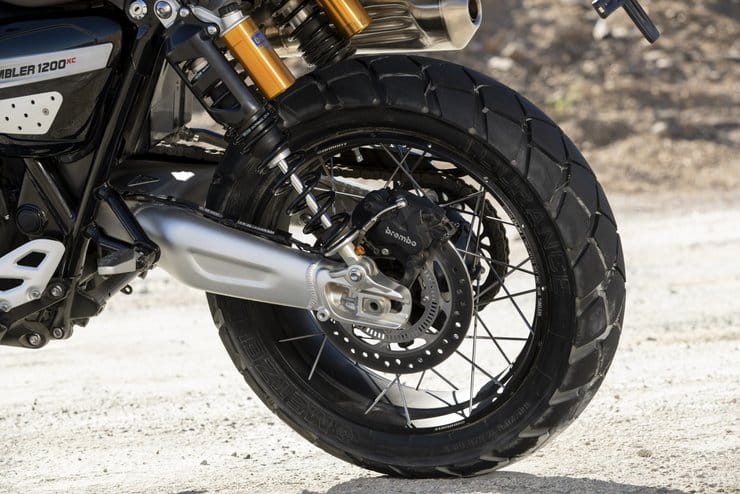 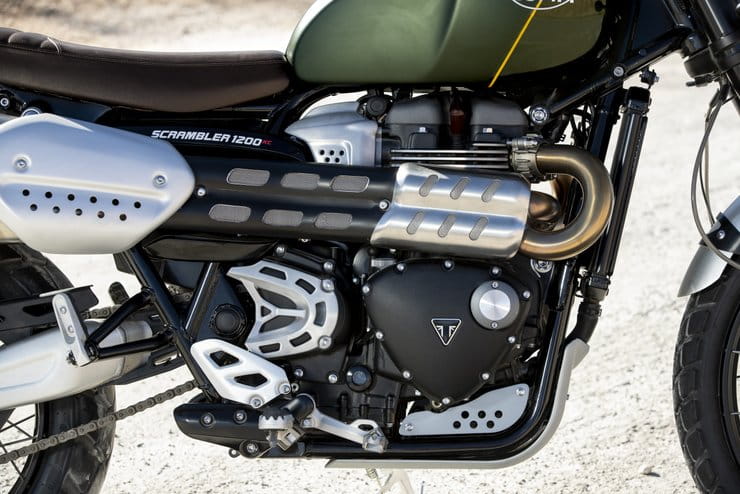 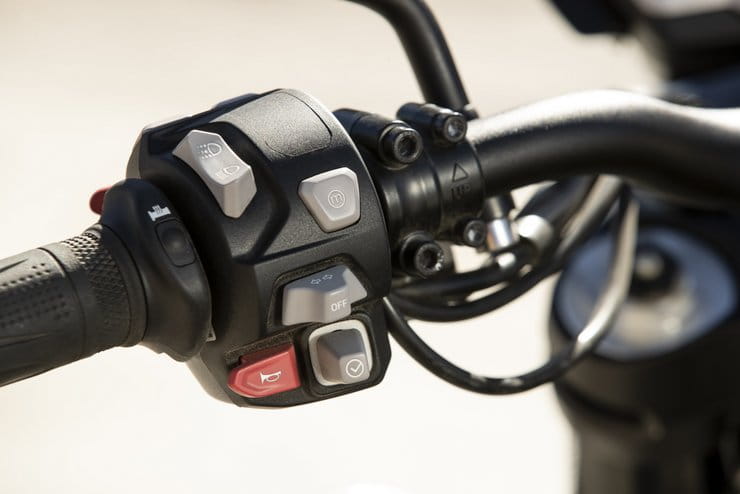 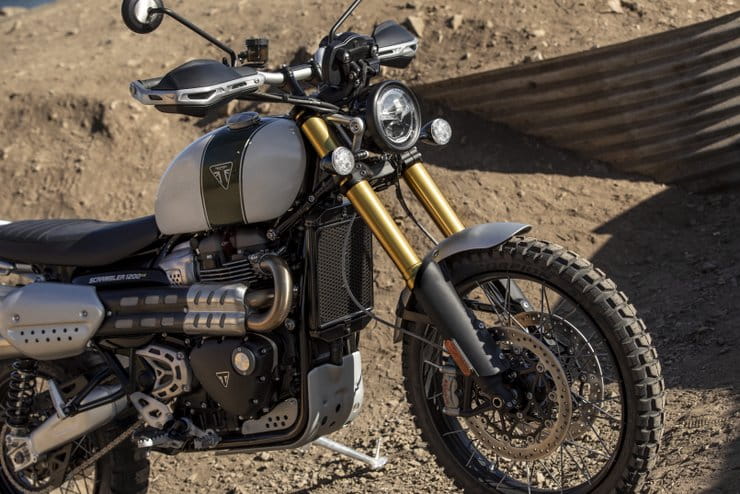 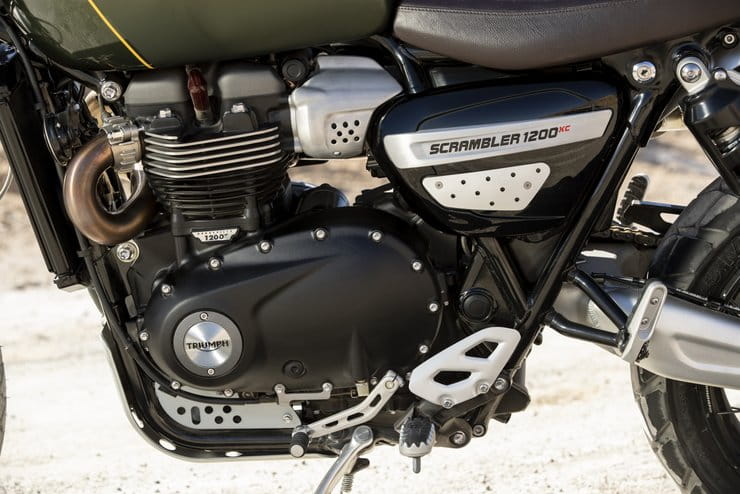 First, there’s a new version of Triumph’s 1200cc parallel twin Bonneville engine tuned specifically to suit the Scrambler. With 89bhp at 7,400rpm, it’s the second-most-powerful derivative of the engine, putting out 10bhp more than the Bonneville T120 and lagging just 7bhp behind the Thruxton. In terms of torque it also splits the other variants, with 81lb-ft at 3,950rpm. That’s just a whisker behind the 82.6lb-ft of the Thruxton, which needs to be revved 1000rpm higher to hit its peak, and well ahead of the 77.4lb-ft at 3,100rpm of the slower-revving Bonneville T120.

That engine sits in a steel tube frame, as you’d expect on anything in the Bonneville range, with an aluminium swingarm and a combination of Showa forks and twin Ohlins shocks.

Here we find the first area where the XC and XE models differ. While the XC gets 45mm upside-down Showas with 200mm of travel, the XE uses fatter 47mm versions with 250mm of movement. It also uses a longer, 579mm swingarm instead of the XC’s 547mm version, helping increase rear suspension travel from 200mm to 250mm to match the stroke of the forks. Unsurprisingly, the XE sits higher, with a seat height of 870mm compared to the XC’s 840mm.

Brakes on both versions are Brembo M50 Monobloc calipers gripping twin 320mm discs, but the XE also gets a Brembo MCS brake lever.

While the XC has switchable ABS – you can turn it off for riding on dirt – the XE gets IMU-assisted cornering ABS, again switchable, to increase its capabilities even further. The IMU also means the XE gets cornering traction control instead of the simpler five-mode, switchable system of the XC.

Those five TC modes correspond to the XC’s five riding modes – rain, road, off-road, sport and a rider-configurable one – which also adjust the throttle mapping and the ABS response. The XE gains a sixth mode – off-road pro – which turns off both the ABS and the traction control.

Of course, the easiest way to tell the bikes apart is from their colours. For 2019, the XE comes in either white/green or blue/black, while the XC is in two-tone black (matt and gloss) or two-tone green. 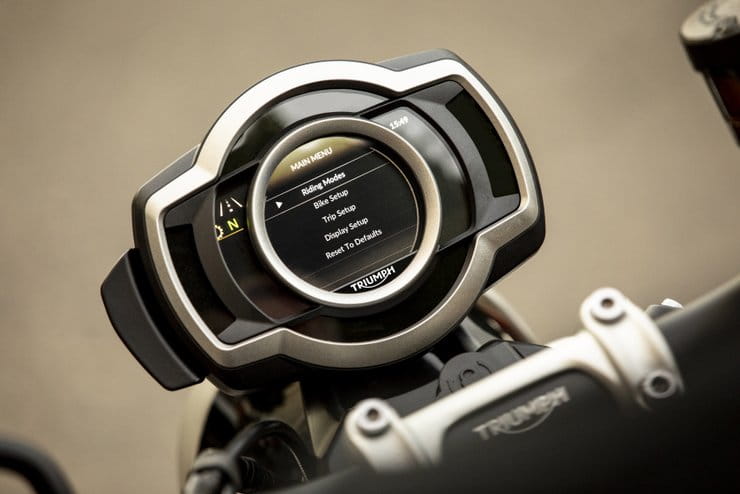 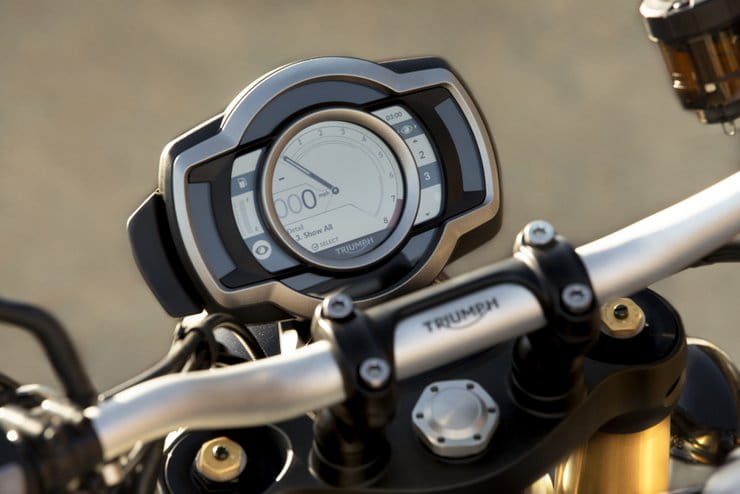 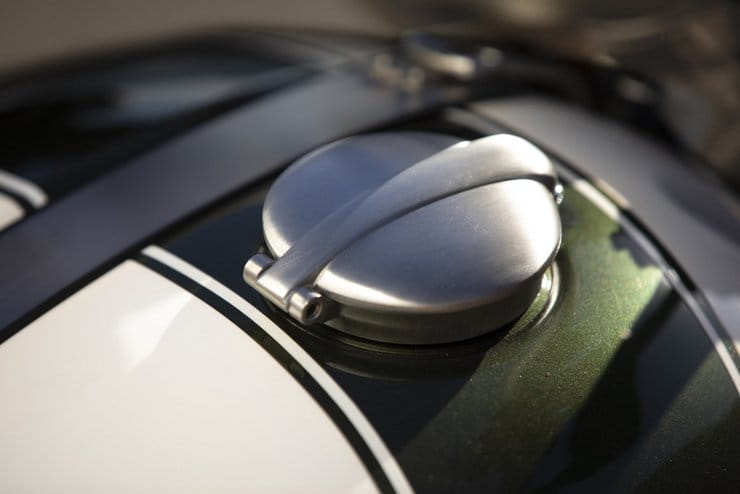 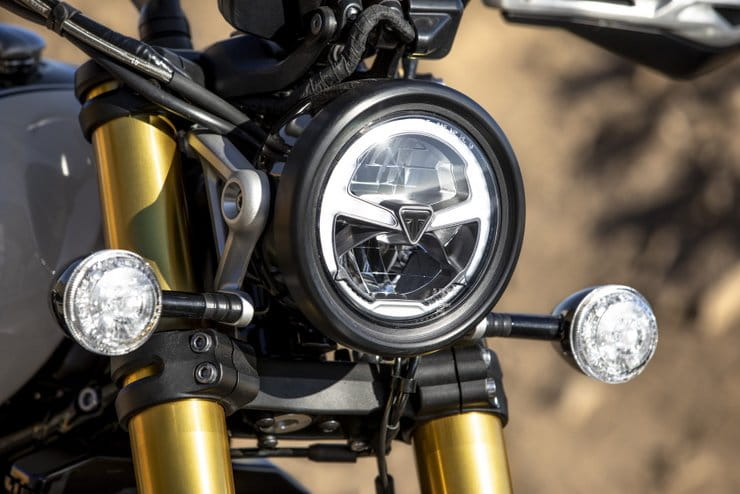 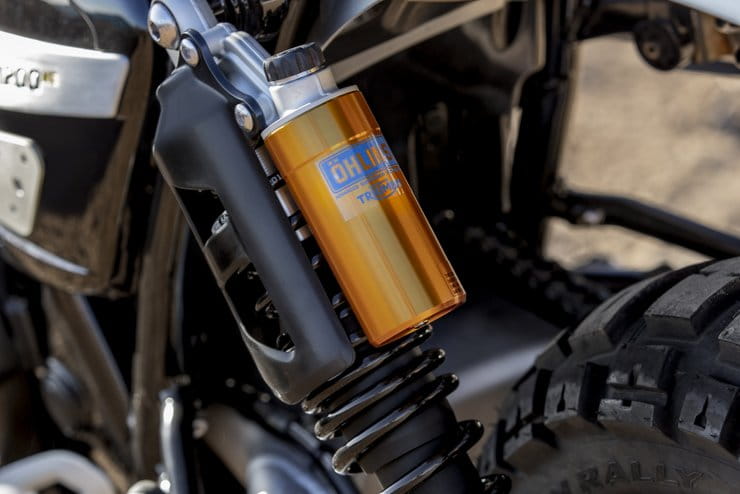 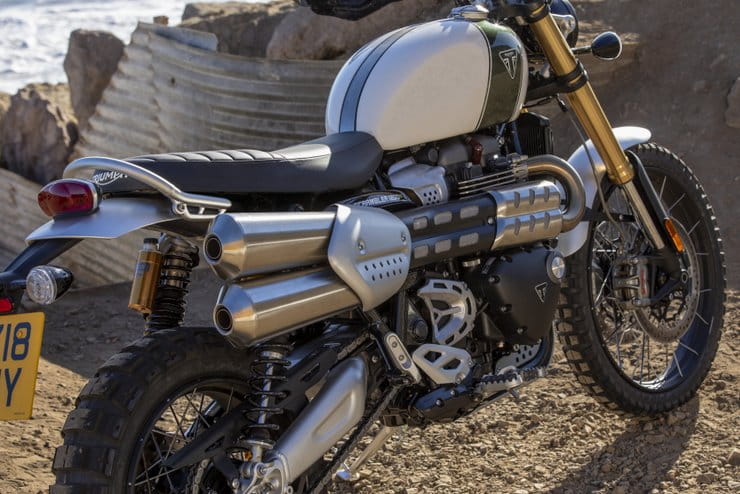 The bikes’ style might be retro but both versions of the Scrambler 1200 are packed with gadgets.

As well as de rigueur stuff like LED lighting and a torque-assist clutch, the bikes get Triumph’s backlit bar switches, keyless ignition, heated grips (standard on the XE, optional on the XC), cruise control and USB sockets.

More unusual is the addition of an integrated GoPro control system. Operating via an accessory Bluetooth module, it allows you to connect your GoPro to the bike’s TFT instruments and operate it using the bike’s switchgear.

Similarly, there’s a built-in navigation system that uses the power of your smart phone. Again connected via the Bluetooth accessory and operating by way of the Triumph phone app, it shows simple graphic turn symbols on the bike’s display. The same Bluetooth phone connection also gives control of calls and music on your phone using the bike’s switchgear. 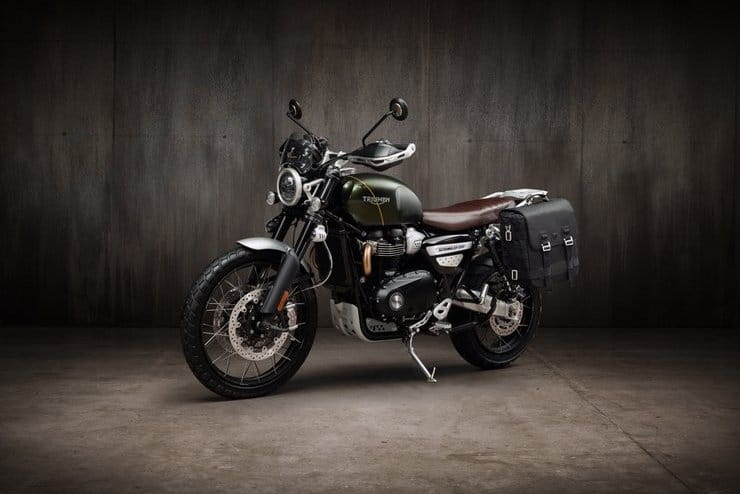 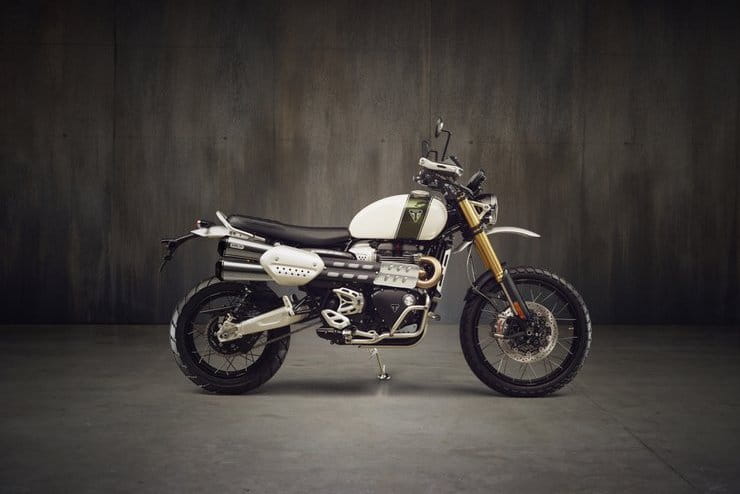 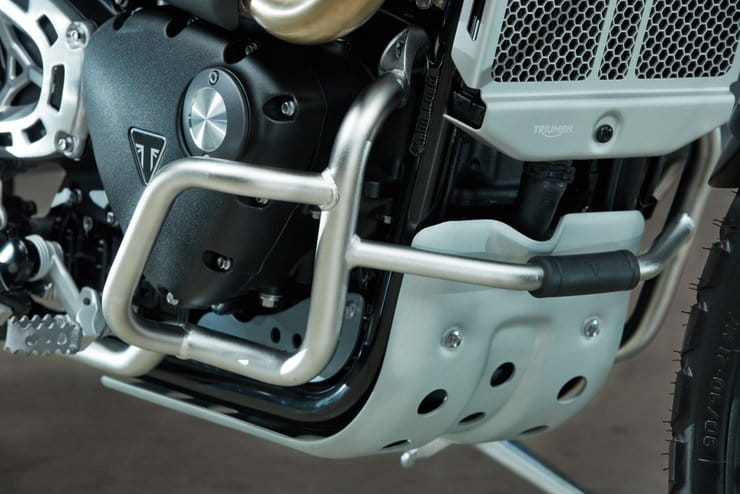 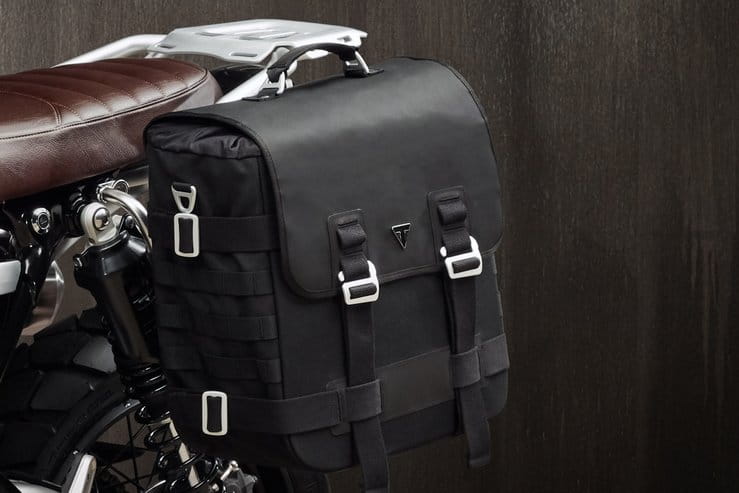 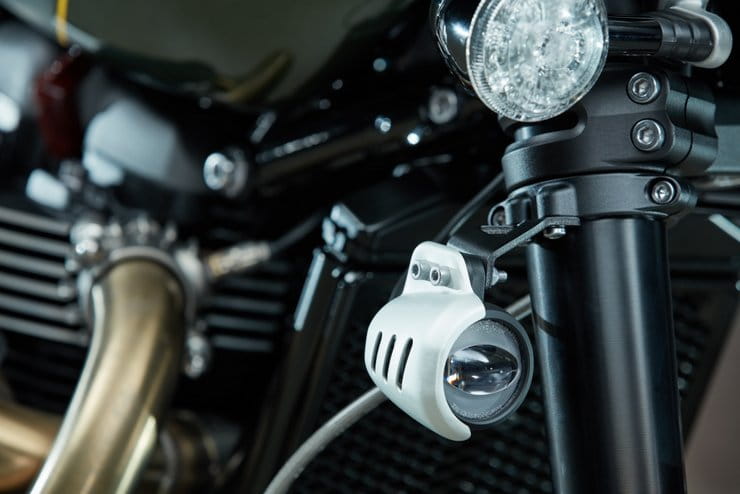 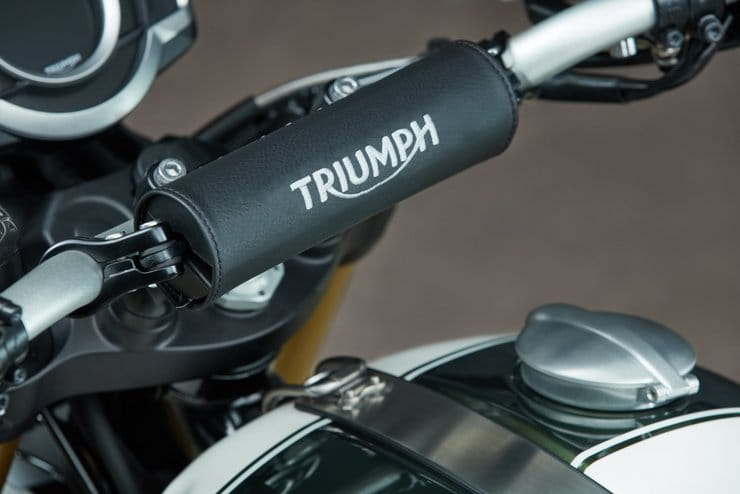 Typically for Triumph, there’s a massive range of bolt-on goodies to let you personalise your Scrambler.

From day one there are more than 80 accessories, ranging from cosmetics like a high-mounted front mudguard, headlight grilles and engine bars to performance-orientated components like Arrow exhausts. And of course there’s plenty of luggage, including panniers, a tank bag and a 30-litre roll bag.

Over and above all that, there’s even a range of clothing to go with the Scrambler, ranging from T-shirts to riding gear. 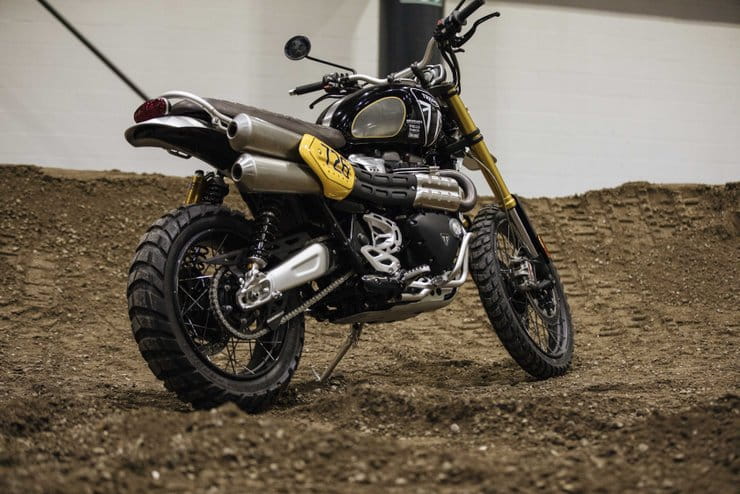 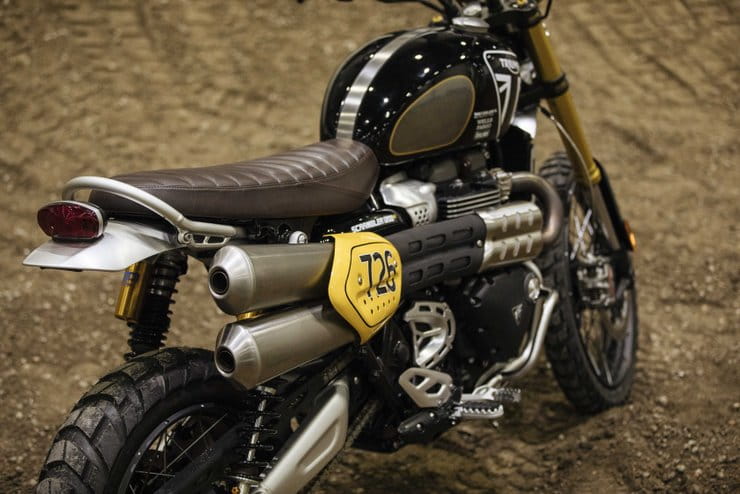 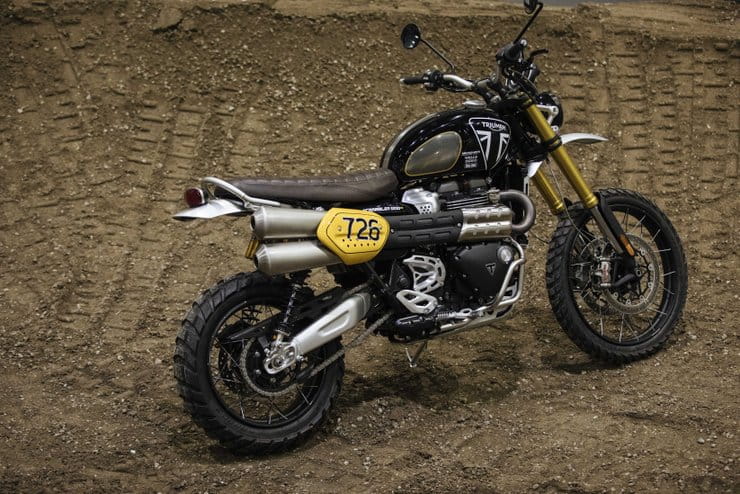 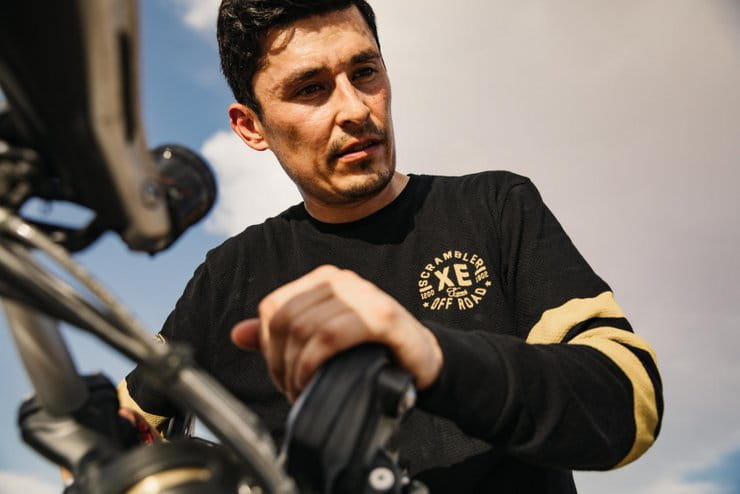 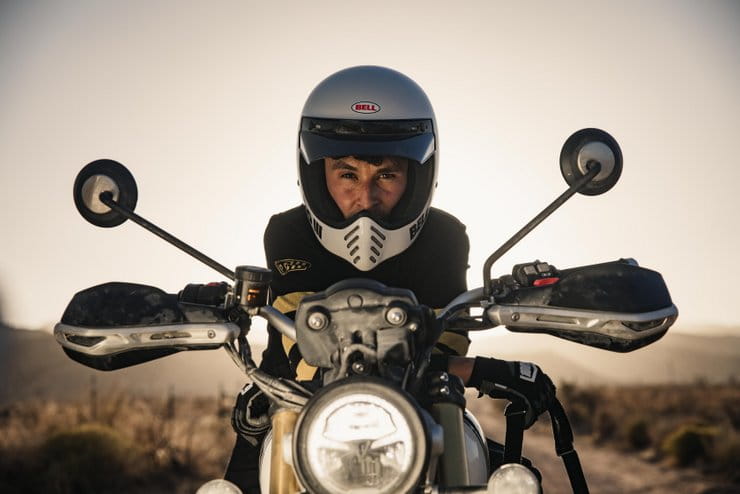 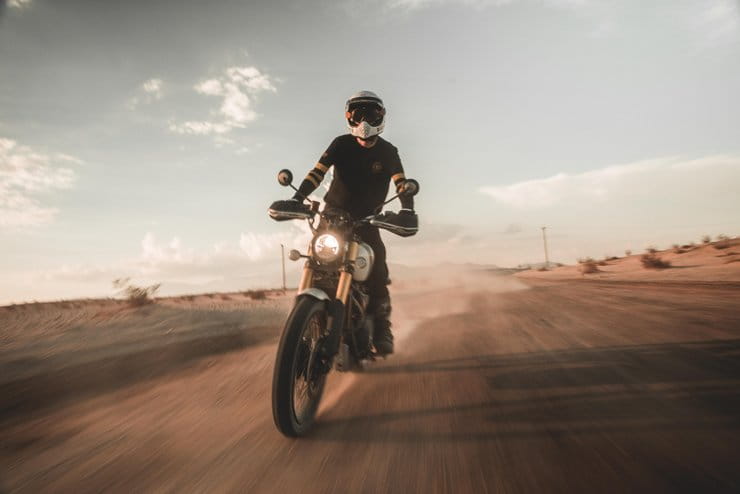 Triumph is taking the Scrambler racing

To show off the new Scrambler, the firm is competing in the Baja 1000 desert race in November with stuntman and racer Ernie Vigil at the helm.

Back in the 1960s the likes of Bud Ekins raced Bonneville scramblers like the T120TT, 120c and TR6c on the Baja 1000, and the new attempt will be using the high-spec XE version of the Scrambler 1200.

To prepare the bike, Triumph has added engine protection bars, a bigger sump guard and a race-spec exhaust, while removing unnecessary bits like indicators and pillion pegs. But beyond those tweaks it’s not far from the machine that will be available in dealers.

Vigil said: “I am so excited to get the chance to not only take on the Baja 1000, but also to be the first racer to take Triumph’s next generation Scrambler back to desert racing where it all began.”