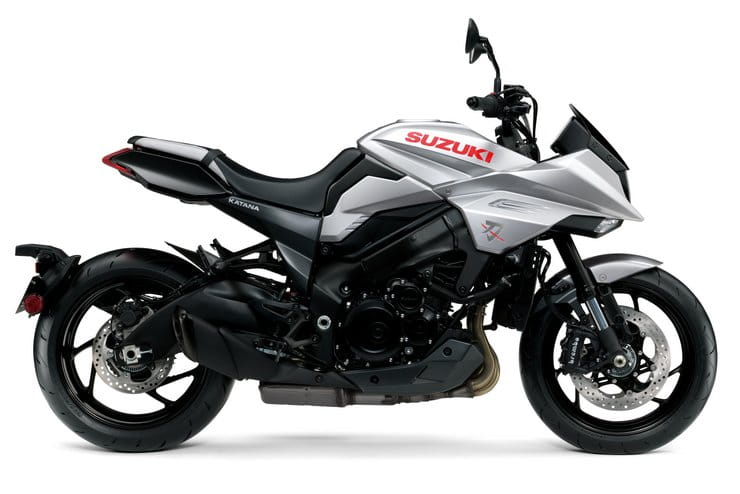 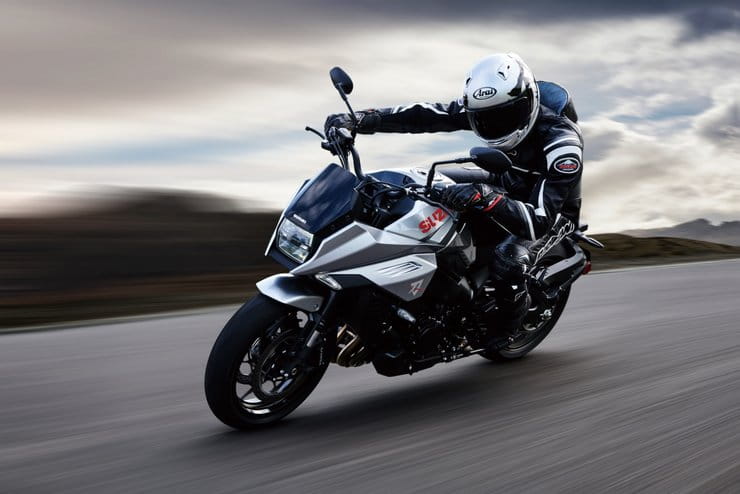 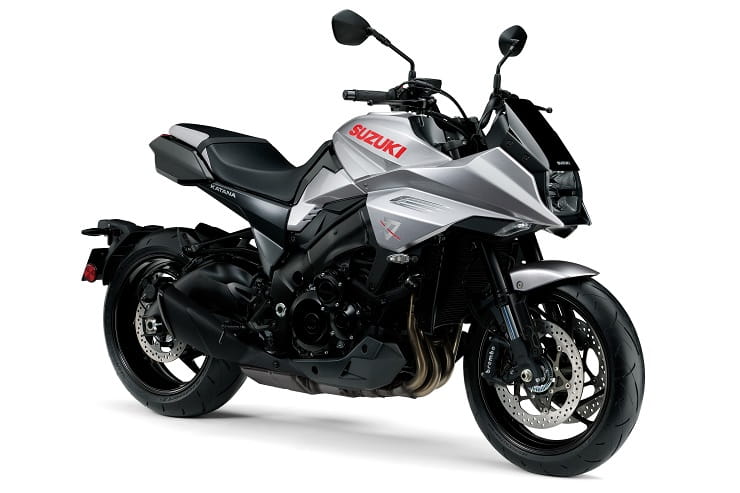 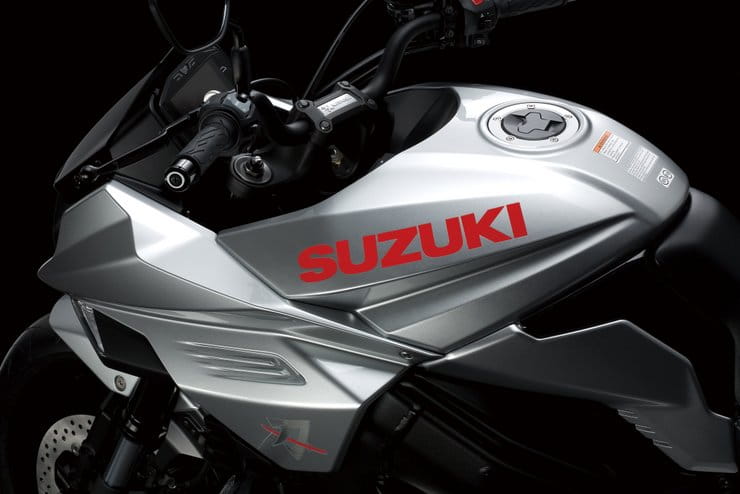 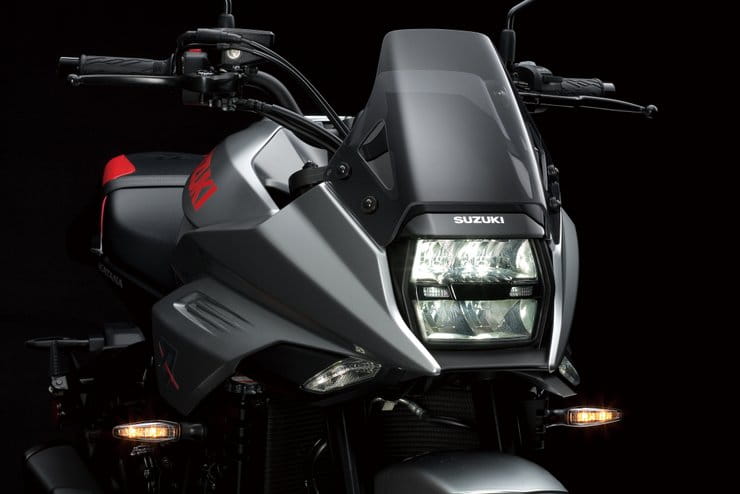 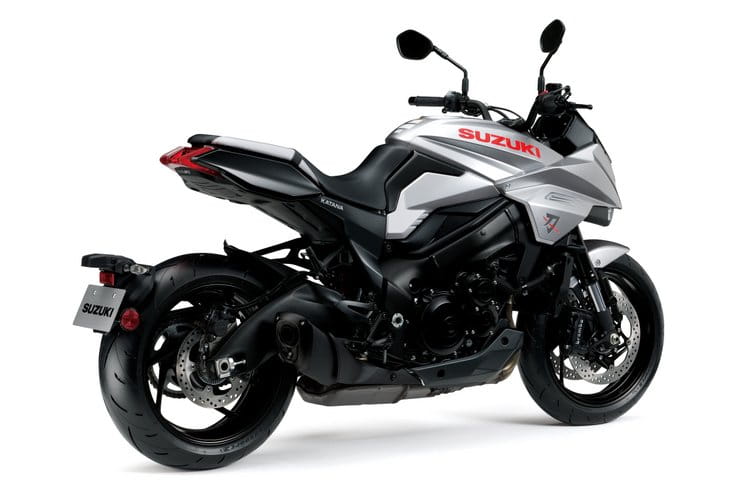 Suzuki has taken the wraps off the first new machines for its 2019 model range at the Intermot show in Cologne including the much-teased new Katana.

Katana. It’s a name that been used and misused by Suzuki in the past on bikes ranging from the jaw-dropping GSX1100S that introduced the title to the AY50 scooter that bore the badge right into the 21st century. Now it’s back and appearing on a machine that’s hoping to recapture the excitement of the original.

If the new Katana looks a little familiar, that’s partly because it’s a very clear homage to the sharp-edged original but also because it was previewed a year ago in the Katana 3.0 concept bike. Unusually, that concept was created not by Suzuki but by Italian firm Engines Engineering and designer Rodolfo Frascoli, but it grabbed enough attention for Suzuki to rapidly turn it into a production machine.

The turnaround from concept to production is remarkably fast, even though the new Katana is officially a 2020 model and won’t go on sale until well into next year. But Suzuki has been able to do it so fast by basing the new machine heavily on the existing GSX-S1000 naked sports bike. While the Katana looks very different to that bike, its mechanical components are all but identical.

The engine is the same 999cc four-cylinder, making 147.5hp and tracing its roots back to the legendary 2005 GSX-R1000 K5. It’s not the turbocharged twin that many hoped would be used  to revive the Katana name, but it’s arguably closer to the spirit of the original GSX1100S Katana that went on sale in 1981.

The Katana’s aluminium frame is again borrowed from the GSX-S1000, as are the wheels, brakes and suspension. Even the exhaust system is identical, although it’s notable that Suzuki’s PR material makes no mention of the GSX-S, instead choosing to draw parallels with the GSX-R1000.

As usual, there’s a range of extras including an optional screen, carbon bits and even red-painted brake calipers, but there’s just one colour option – silver. It’s a Katana, after all.

Will this be the bike to reverse Suzuki’s flagging fortunes? To do so it’s got tough competition to beat, including the similarly retro-flavoured Honda CB1000R and the more performance-oriented Yamaha MT-10 and BMW S1000R. 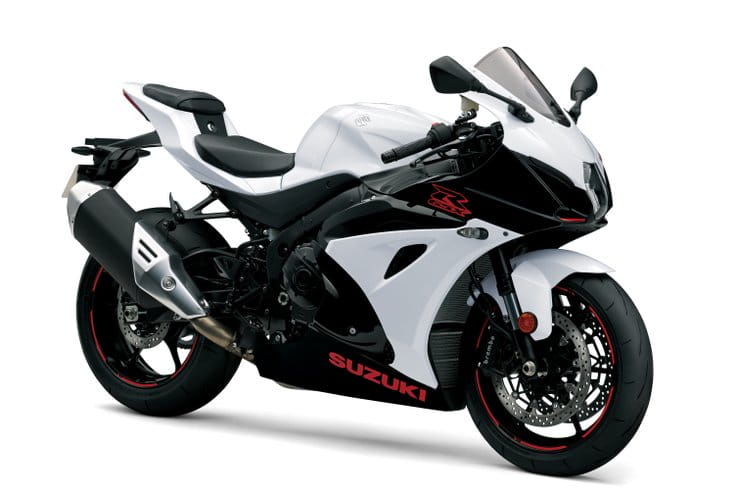 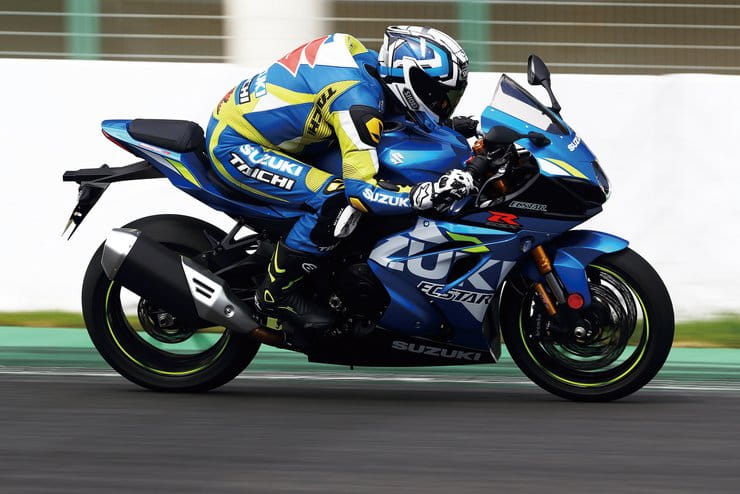 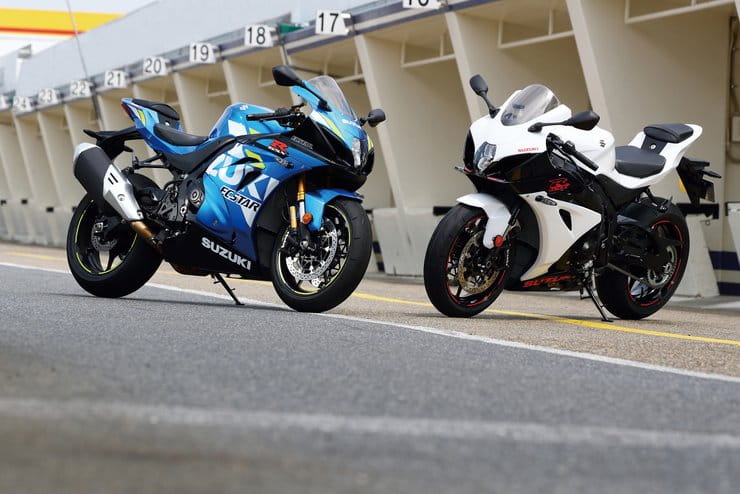 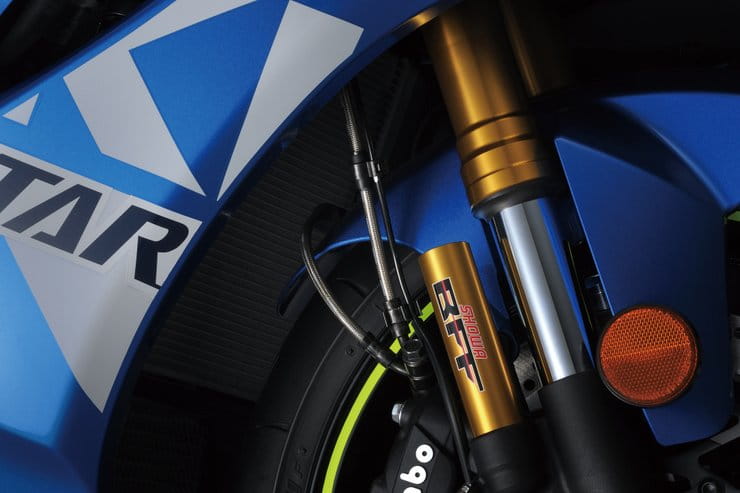 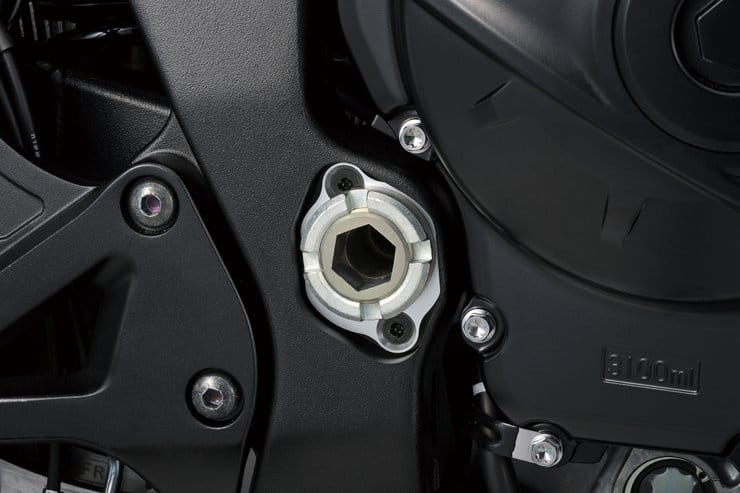 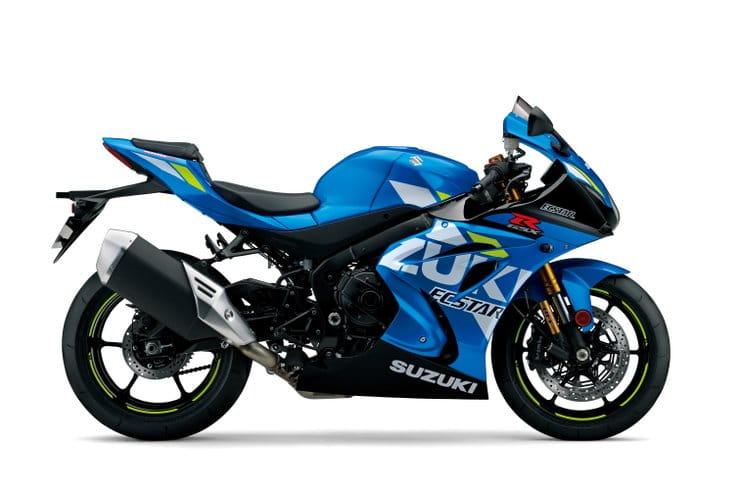 We weren’t expecting to see much in the way of changes to Suzuki’s GSX-R1000 for 2019 but the firm has made a couple of tweaks to both the basic and the higher-spec ‘R’ versions of the bike.

Starting with the GSX-R1000R, the big news is the addition of an adjustable swingarm pivot point. That’s proper old-school homologation special stuff; back in the 1990s, and adjustable swingarm pivot was often the distinguishing mark that set aside limited-run bikes destined for WSB competition from their more mass-made siblings. Of course, it’s not something that a road rider is ever likely to tweak, but for racing purposes it adds a big setup advantage.

More important for everyday riding is the slightly less glamourous addition of braided steel brake hoses on the GSX-R1000R. It’s often one of the first modifications that hard-riding buyers will make anyway, so the fact they’re to be fitted as standard is handy.

On the cheaper GSX-R1000, the quickshifter and auto-blipper that’s currently an optional extra costing £490 will become a standard fitment, just like it is on the more expensive R model.