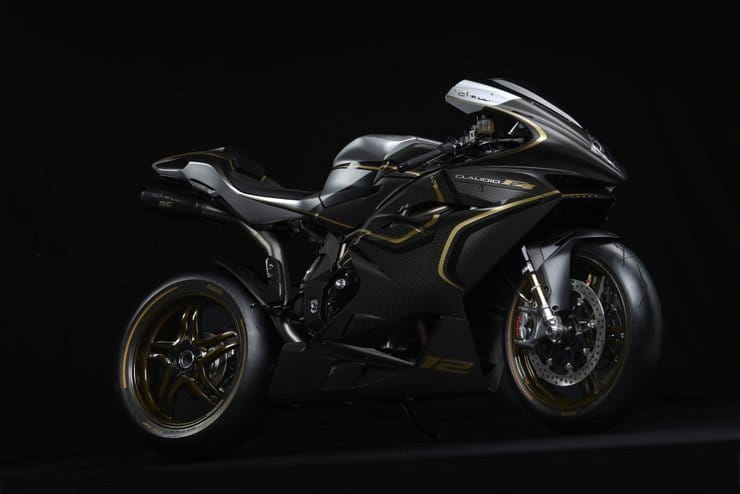 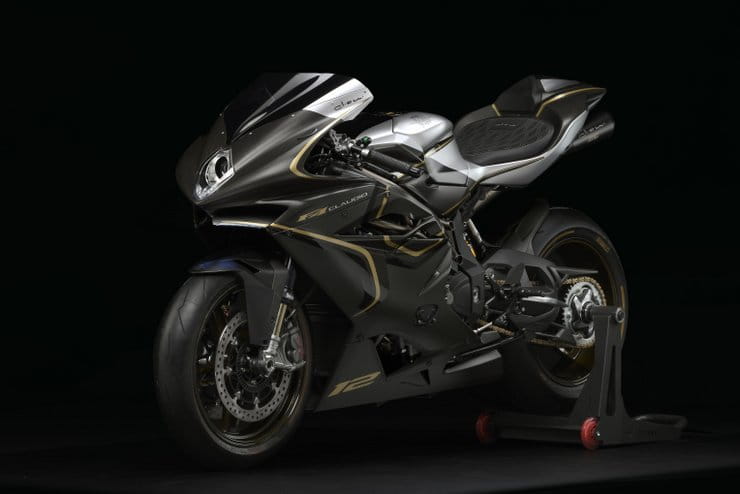 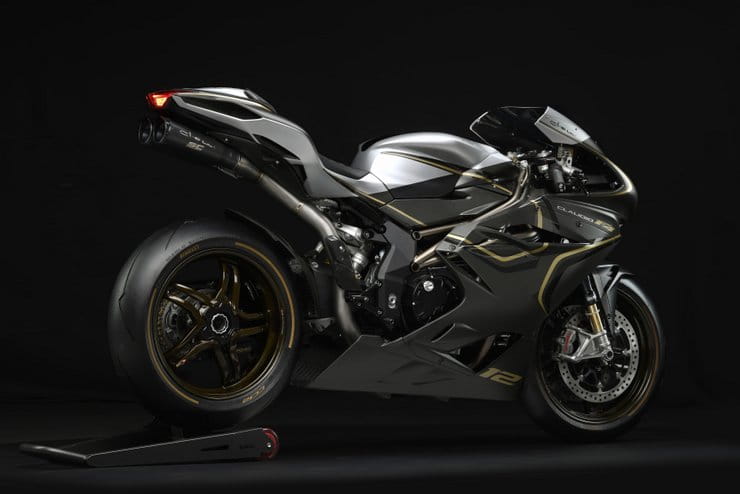 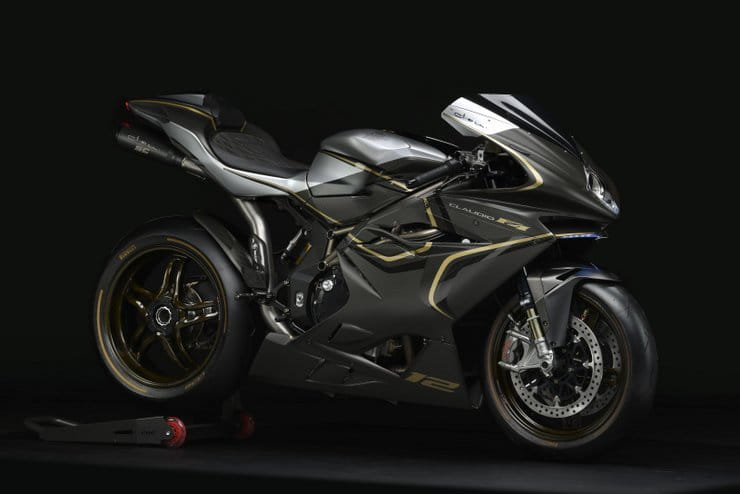 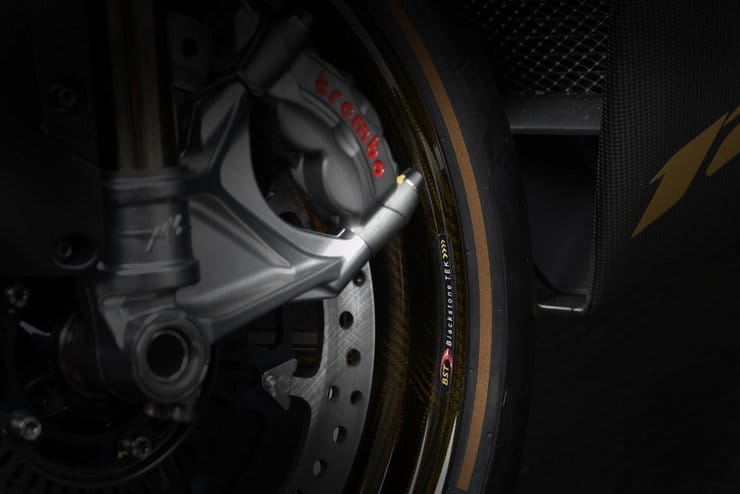 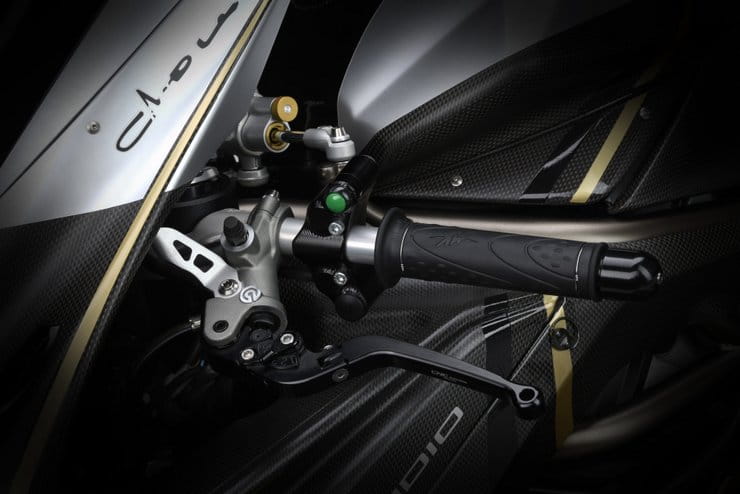 MV Agusta’s F4 is the the model that brought the firm back from the dead. An inspired collaboration between then Cagiva boss Claudio Castiglioni and design genius Massimo Tamburini it was an instant classic when it went on sale in 1998. Both the original version and the second-generation, 2010-on machine are among the most beautiful superbikes ever to be put on sale.

But at the end of this year it’s set to die, a delayed victim of the Euro4 emissions rules that came into force at the start of 2017. While MV Agusta has used so-called ‘derogation’ to allow it to keep the F4 on sale since then, that only lasts for two years. So come December 31, 2018, it won’t be possible to register a Euro3-approved bike in the EU, which means the F4 needs to either be updated to meet the Euro4 rules – something that seems unlikely – or be taken off sale.

So this limited-edition machine, dubbed the F4 Claudio in respect of Claudio Castiglioni, who died in 2011, looks set to be the ultimate F4. While MV Agusta, now run by Castiglioni’s son Giovanni, hopes to bring a new, Euro4-legal superbike to the market eventually, it’s not expected to be ready for at least a couple of years. 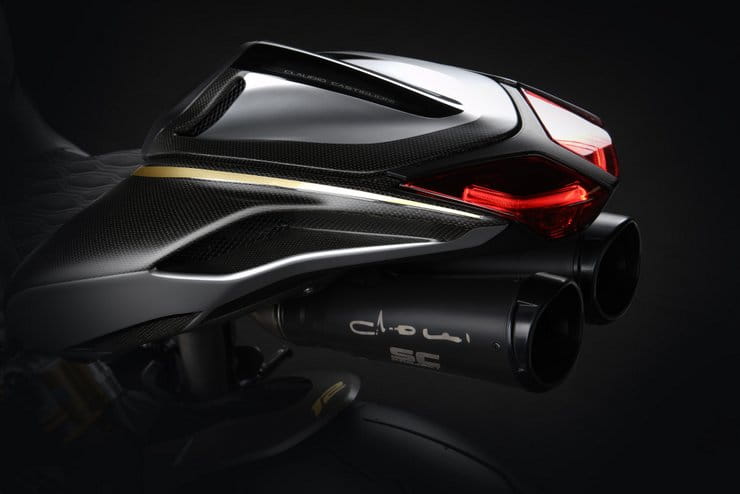 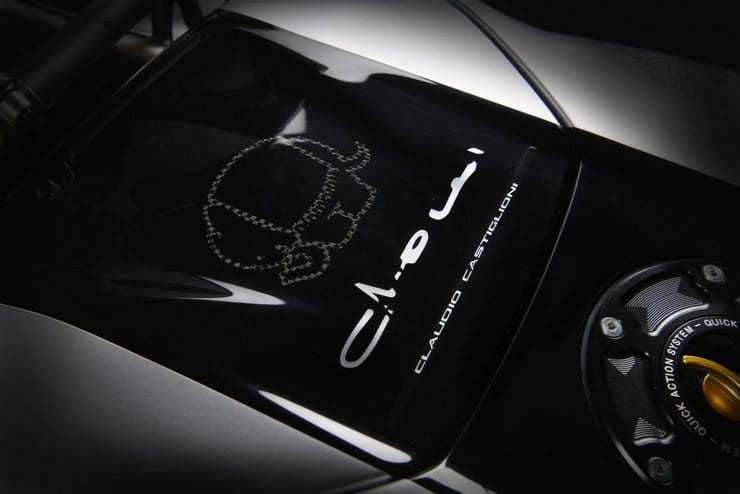 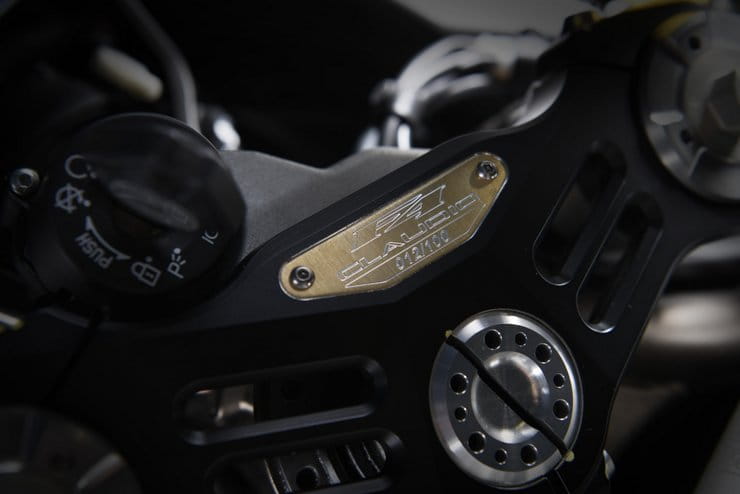 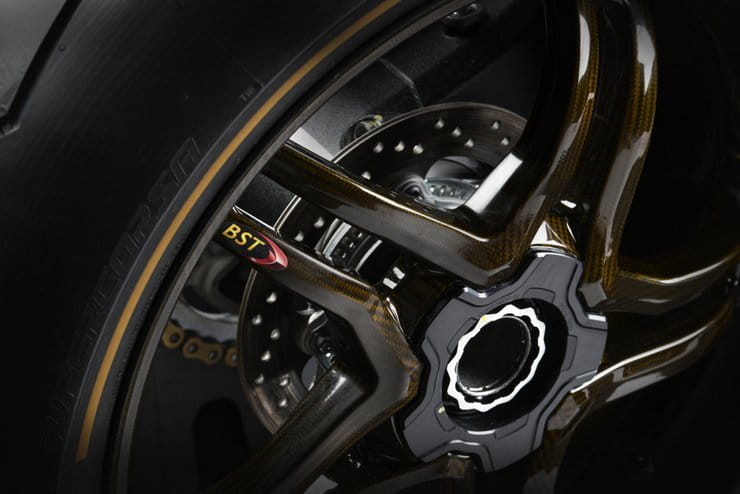 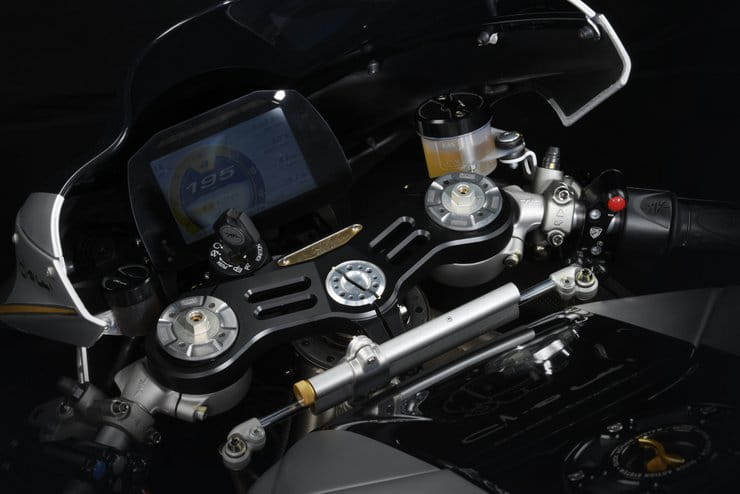 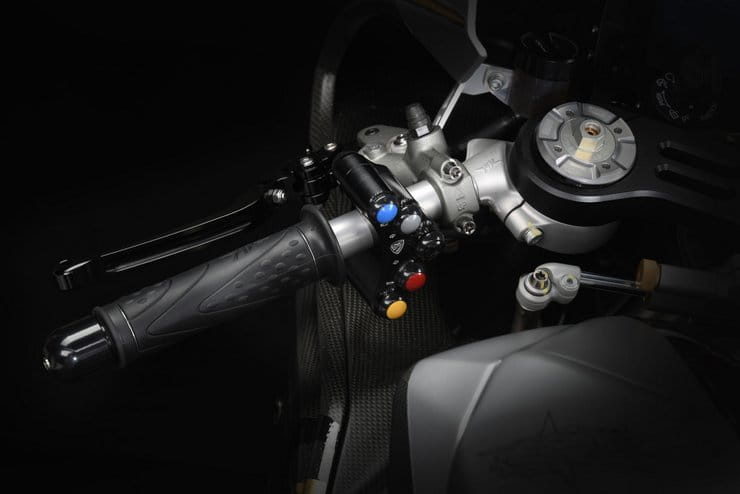 So, what makes the F4 Claudio special? Well, it follows the normal limited-edition MV formula pretty closely. Based on the range-topping, €40,900 (£36,000) F4 RC, it’s already got a pretty impressive platform to build on. The engine, with 205hp in road-legal form or 212hp when its track-only accessories are bolted on, is largely unchanged compared to the RC. That’s not a bad thing – the F4 engine might not meet the latest emissions limits, but don’t be fooled into thinking it’s a prehistoric design. The specs, including eight injectors, variable length intakes, ride-by-wire, still read like the those of the best modern superbikes. For the Claudio, MV is claiming that the intake and exhaust ports are improved and friction is reduced with DLC-coated cam followers and new piston rings. It’s more blueprinting than redesigning, though, as the engine still comes under the same emissions type-approval as the RC’s motor.

Its electronics are also much as you’d expect from a modern range-topper, with four engine modes including a ‘custom’ setting that allows personalised parameters for throttle response and engine braking. Eight-level traction control is standard, aided by an IMU, and there’s an up-and-down quickshifter.

Most of that is normal, but the Claudio accesses its electronics using the same sort of bar-mounted buttons you’d see on a MotoGP bike. The kit includes datalogging including built-in GPS in an AIM dash. The chassis spec includes Brembo Stylema brakes, Ohlins NIX 30 43mm forks and a TTX36 shock.

On top of all that, the Claudio looks like no other F4 thanks to its full carbon fairing with electroplated copper graphics. The wheels are carbon, too – BST Rapid Teck rims – wrapped in special Pirelli Diablo Supercorsa rubber with gold-coloured sidewalls to match the bike’s colour scheme.

The price for all this? At the moment, MV hasn’t announced it. But given that its current top-of-the-range limited edition, the Lewis Hamilton inspired F4 LH44, costs €64,440 (£56,700) with a less extreme spec than the F4 Claudio, you can be sure it’s going to be expensive. But even so, with just 100 set to be made and no clear future for the F4 in 2019 and beyond, buyers aren’t likely to be hard to find.