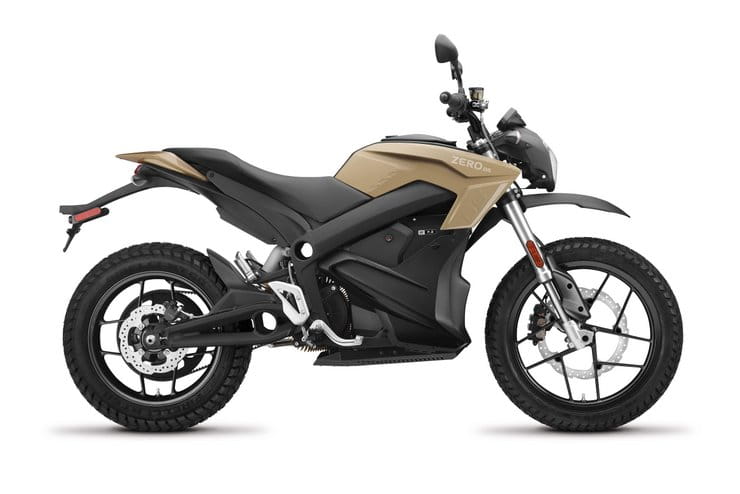 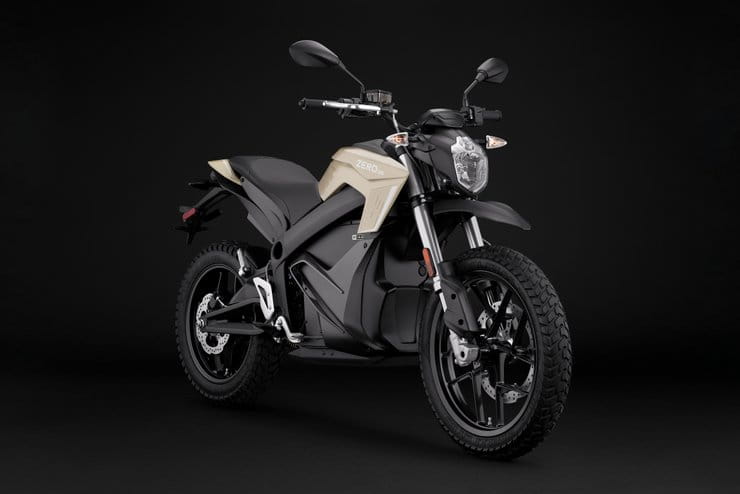 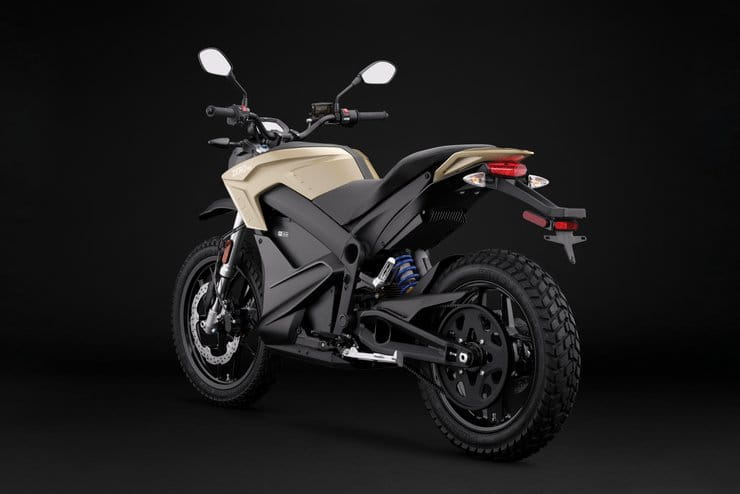 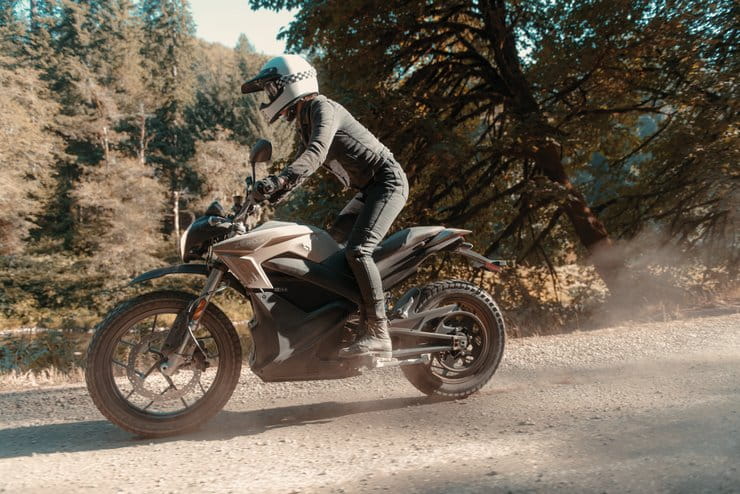 Zero has revealed its 2019 range and while you won’t see massive visual updates the changes under the skin make its bikes increasingly tempting alternatives to traditional petrol-powered machines.

The firm says its focus for 2019 is the DS line of dual-sport models, which are seeing the greatest demand at the moment, with the entry-level DS ZF7.2 getting the most notable update by way of a 42% power boost. That means the 2019 version makes 44hp at 4400rpm, compared to just 31hp at 4150rpm from the 2018 model.

The DS ZF7.2’s smaller 7.2kWh battery means it’s a shorter-range alternative to the DS ZF14.4, which has twice the battery capacity and a more powerful, 60hp motor. As well as being £3000 cheaper, the ZF7.2 is a whopping 43kg lighter thanks to that smaller battery pack. Sure, the range is limited to 82 miles in city use or just 39 miles at 70mph, giving a combined average of 53 miles per charge in mixed use, but if you can live with that restriction then it makes a much more persuasive argument for itself.

What’s more, it’s worth bearing in mind that despite those power figures, the DS FX7.2 is officially classed as an ‘11kW’ (15hp) machine under EU rules, which means it’s learner-legal. That’s because while petrol-powered bikes are rated by their peak power for legislative purposes, electrics use a different, ‘continuous’ power rating – defined as the level they can sustain for at least 30 minutes with no let-off. Since you’re never likely to actually do that, Zero uses a different measure – ‘net power’ – to rate its bikes. It defines it as “The amount of power the motor is capable of sustaining following a three-minute run at 80% of maximum power” and notes that “peak power values are higher.”

So not only does it blow past the 15hp that a learner-legal 125cc petrol-powered bike can offer, it can actually achieve more than the 44hp that Zero claims, at least for short periods.

What’s more, there’s even the option of a notional ‘11kW’ learner-legal version of the 14.4kWh DS available, making a claimed 59hp. If you’re stuck with an L-plate and have the funds to buy a Zero, it’s got to be the fastest, most powerful learner-legal two-wheeler on the market. 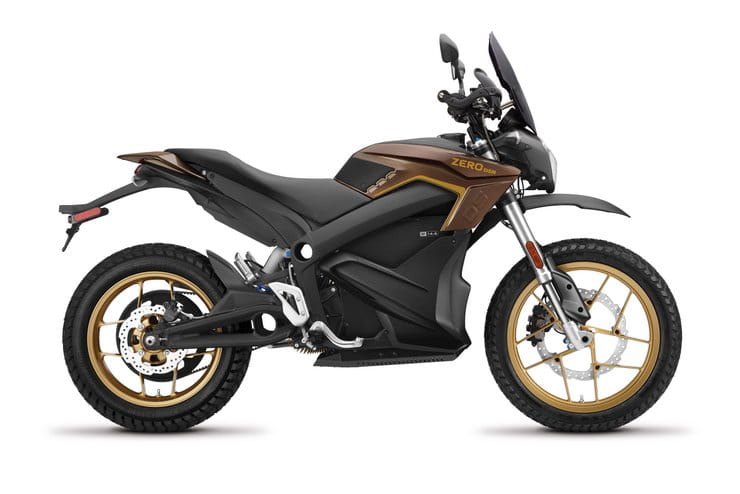 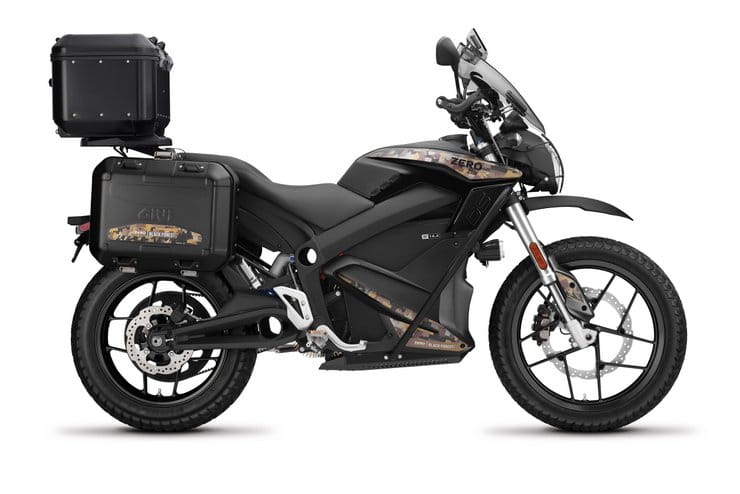 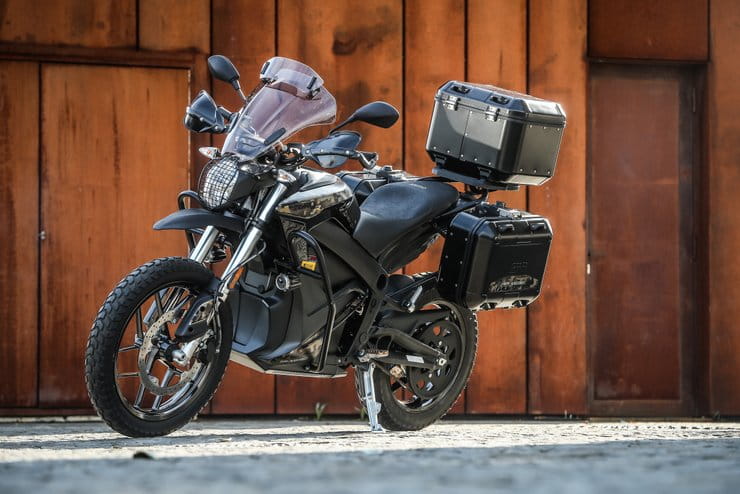 Sticking with the dual-sport side of the Zerto range, the firm has tweaked its more adventure-oriented DSR, too.

Now there’s a dual-sport screen, tank grips, hand guards and a 12v socket as part of the standard spec, helping further distinguish the DSR from the DS. You can also opt for an even more well-spec’d Black Forest Edition with luggage and a full complement of off-road bolt-ons as standard. 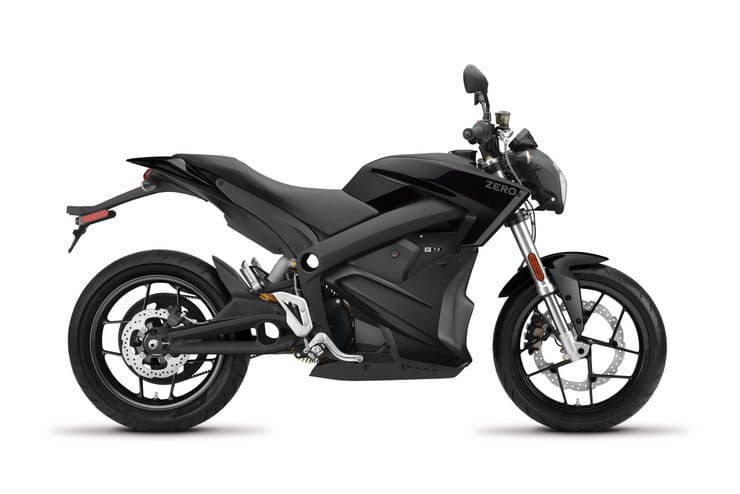 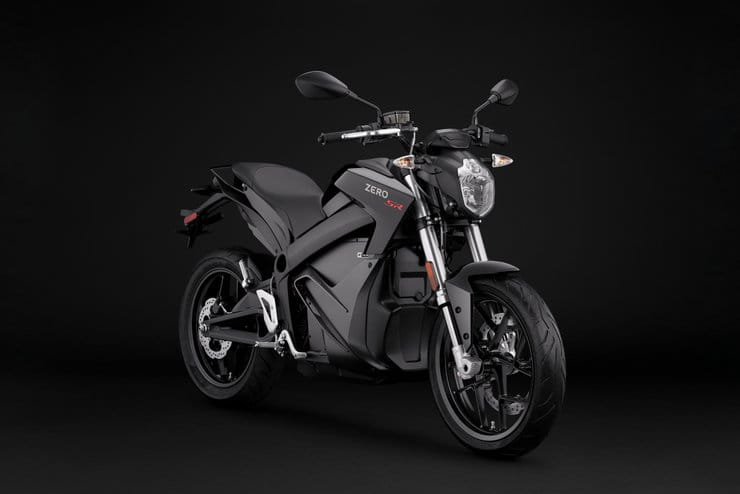 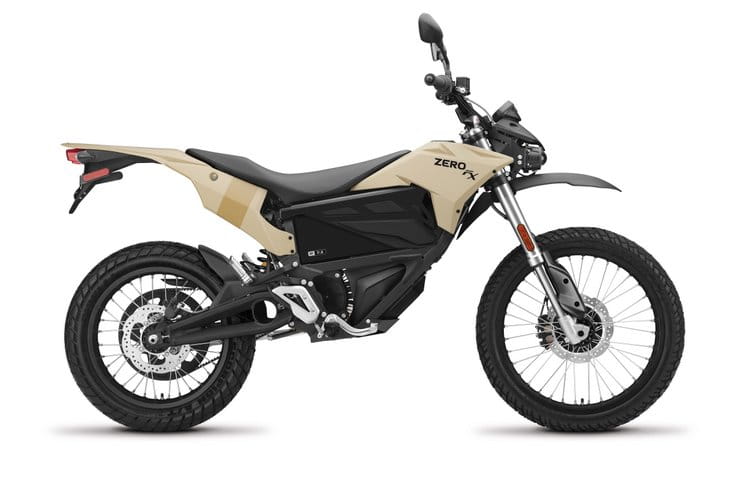 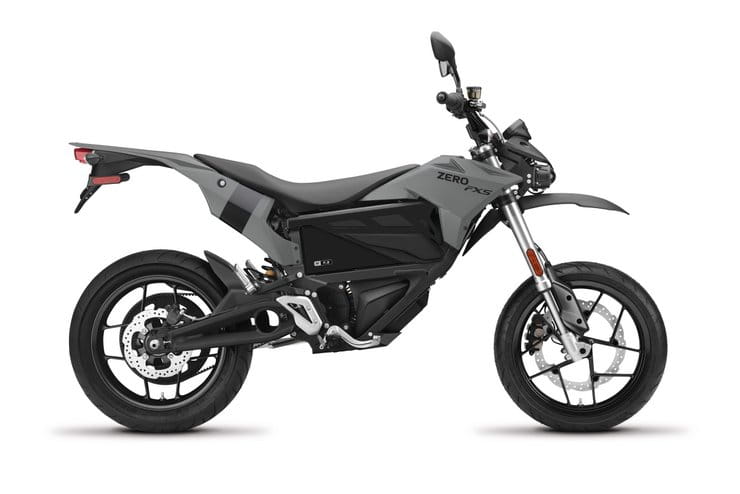 Changes to the road-oriented Zero S range reflect those made to the DS line-up, with the most notable alteration being the revamped 2019 Zero S ZF7.2.

Like the DS ZF7.2, the short-range, learner-legal version of the S gets a 42% bump in power, up to 44hp from the previous version’s 31hp.

The rest of the range – the SR, the enduro-style FX and the supermoto FXS – all get new colours for 2019 but no mechanical changes.

On the options front, Zero has created a backwards-compatible, accessory version of its Charge Tank, which massively increases charging speed allowing S, SR, DS and DSR models fitted with it to refuel as much as six times faster by using Level 2 charging stations. Bikes dating back to 2015 can now be retrofitted with the Charge Tank by Zero dealers.

As we pointed out last week, the cut in UK government subsidies to electric cars, which comes into force in November, doesn’t apply to motorcycles – so UK buyers are still going to be eligible for a £1500 grant to help them go electric if they buy a new Zero.