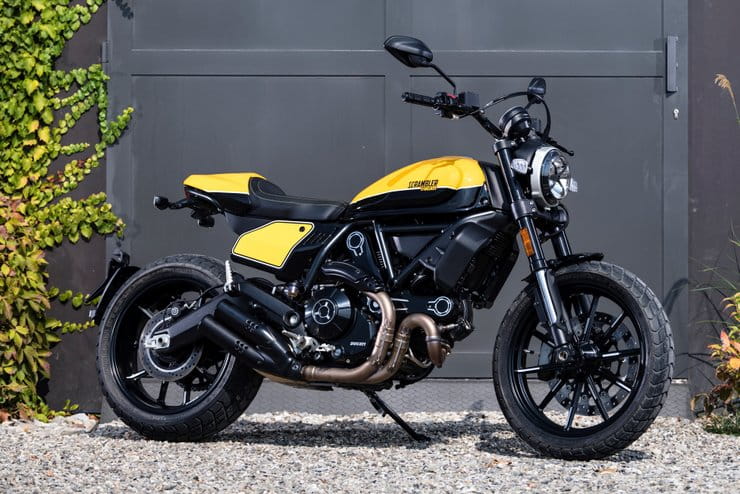 Ducati has opted to focus on its Scrambler sub-brand at the Intermot show in Cologne this week – revealing three updated variants of its original 803cc Scrambler.

Last month Ducati released its revamped Scrambler Icon complete with subtly tweaked styling and improved technology – most importantly including cornering ABS. Now the firm has spread the update across the rest of the mid-sized Scrambler line, including a revised Full Throttle, Desert Sled and Cafe Racer.

Starting with the Full Throttle, as well as the same technical updates applied to the Icon last month it gets new flat-track-inspired looks. Where the previous version wasn’t visually massively different to the normal Icon, the 2019 Full Throttle gets a new rear section with side-mounted number boards and a pillion seat cover.

Along with the aforementioned cornering ABS, it gets a mildly revised instrument panel, now including a gear indicator and fuel level display as well as being ‘Ducati Multimedia System ready’. The old cable-operated clutch is replaced with a hydraulic one, the alloy wheels gain machined detailing and, like the Icon, the headlight has been given a black ‘X’ across its lens to mimic the taped-up look of classic scramblers. 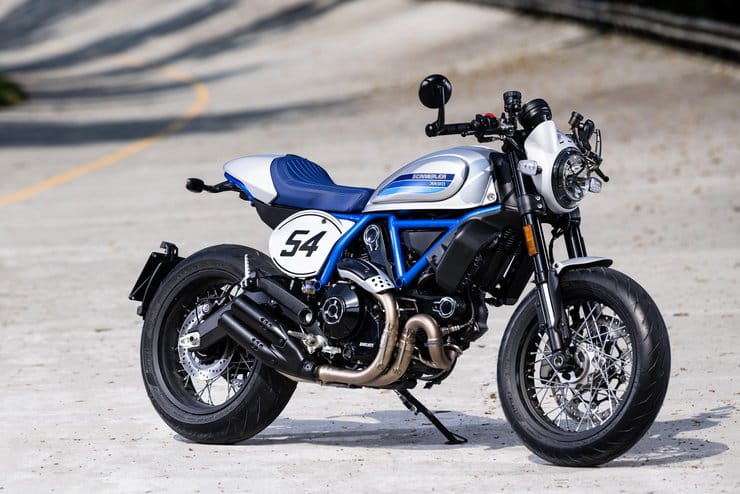 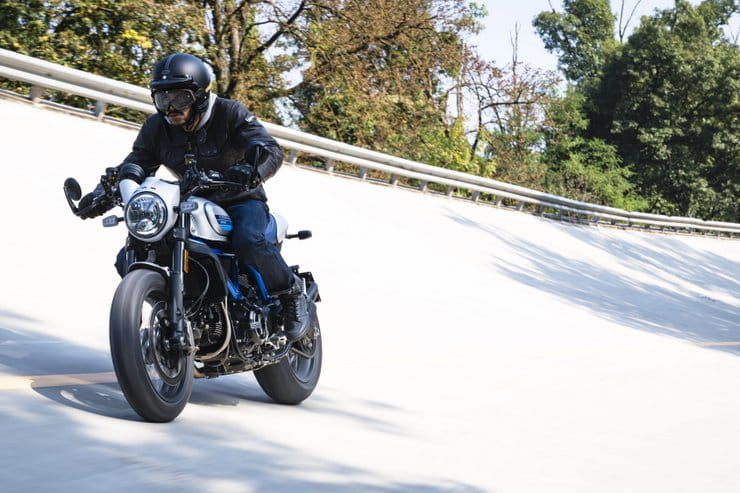 Turning to the 2019 Ducati Scrambler Cafe Racer, many of the same changes apply. It also gets the new headlight design incorporating an “X” in the lens, along with the new clocks and hydraulic clutch – features that apply to the Icon and Full Throttle in 2019 as well.

Unlike the Full Throttle, the Cafe Racer doesn’t get new bodywork; it was already a more distinct design with its humped rear seat and oval number boards on the sides. For 2019 its colours are changed, though, with a blue and silver paint job that’s inspired by the old 125 GP Desmo racers.

A welcome change, at least in terms of an authentic cafe racer look, is the adoption of wire spoked wheels instead of the old version’s cast alloys. With a 180-section rear and 120-seciton front, the 17-inch rims are probably overkill for the bike’s 73bhp, but they certainly look good. 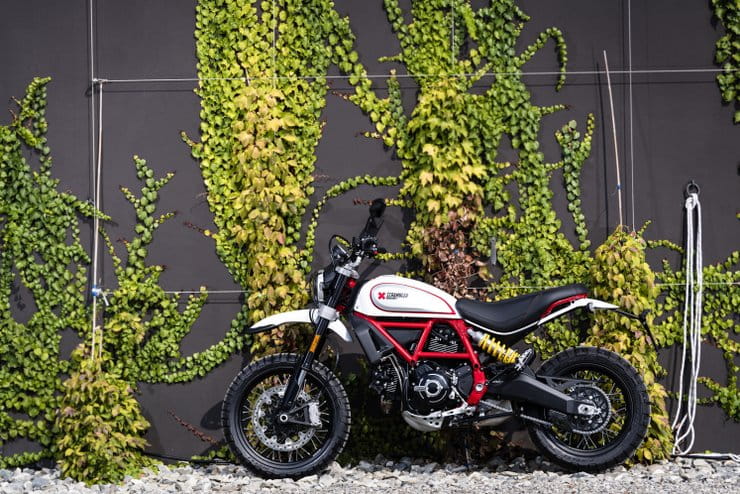 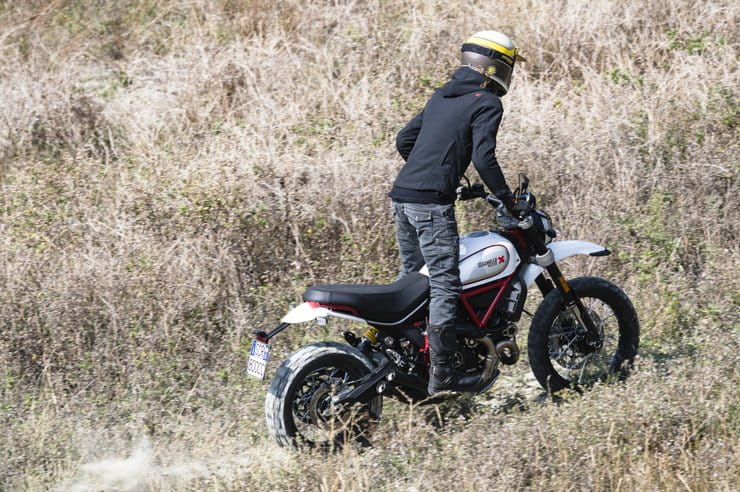 While the Full Throttle and Cafe Racer are really cosmetic updates on the base Icon version of the Scrambler, the Desert Sled has always been a little more significant departure, with a beefed-up frame to cope with off-road use and longer-travel suspension to match.

The same applies to the 2019 model, although for next year that frame gets a coat of Ducati red paint to contrast with the white bodywork.

Elsewhere, there’s a new seat, while the rims are now black rather than gold, and Ducati has added an Off Road riding mode that disengages the ABS for use on dirt.

As on the other 2019 Scramblers, that ABS uses an IMU to work in corners as well as straight lines, and the bike also gets the same new headlight, instruments and hydraulic clutch as its siblings.